African-American college loan debt at an all time high 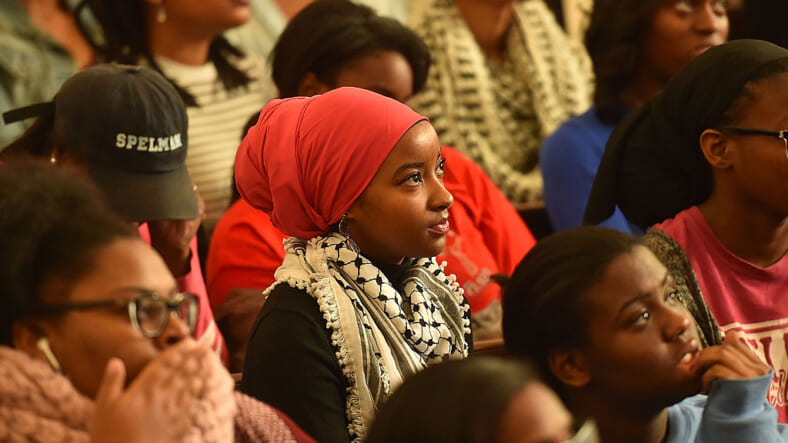 Black college students are borrowing, owing, and defaulting on educational loans more often than any other racial group. Reports say that it is currently at an all time high.

The racial gap in student debt is the result of wealth inequality, and not much funding provided at colleges and universities that enroll the largest number of Black students, according to The Washington Post.

In order to figure out what can be done, some higher education experts shared their own solutions with The Washington Post on how to address the unfair impact that student loan debt is having on Black students during and after college.

Jalil Mustaffa Bishop, a postdoctoral scholar in the higher education division at the University of Pennsylvania believes the following, “The problem is that student loans were presented as a false solution for current and future workers enduring racial capitalism, particularly black people. Black degree earners, however, are uniquely underpaid, underemployed and unprotected.”

Believing that the government has some responsibility to help graduates, he also stated. “This is a call for legislation to create good jobs — increase the minimum wage to a living wage, federally guarantee employment, provide universal health care and strengthen workers’ organizing power.We need labor policies that explicitly focus on empowering workers in sectors like care-taking and service work where black people already are.”

Bishop is not the only academician with an idea on what needs to be done. William A. Darity, a professor of economics at the Samuel DuBois Cook Center on Social Equity at Duke University conducted a study with Fenaba Addo, who is an assistant professor at University of Wisconsin-Madison, and found that student loan debt disparities are due to racial wealth disparities. That while government could be helpful, it is much deeper. This is about systemic racism.

They issued a joint statement saying, “We believe that in order to address the black student debt crisis, we need to eliminate racial wealth inequality. The first approach will tackle the existing debt overhang that disproportionately burdens black young adults. This can be accomplished via a program of loan forgiveness for all students holding loan debt associated with their college years.”

An alternative view was expressed by assistant professor at the University of Alabama, Krystal L. Williams, believes colleges and universities need more scholarship opportunities for students. “A holistic approach is needed to address the student debt crisis.” Williams continued. “Initiatives that focus on higher education finance should be central to this holistic approach. More institutional support could help to buffer the need for tuition increases and allow institutions to increase allocations to scholarships that help to reduce college financial burden.”

There are so many why the African-American college debt statistics are through the roof. Perhaps some of the 2020 Democratic presidential candidates should take heed. While many have already suggested more funding to historically Black colleges & universities and public institutions, only one has a person has presented a plan to reduce 80% of Black borrowers. That according to the Washington Post is Sen. Elizabeth Warren (Mass.).