Robert F. Smith's family will not only pay off student loans, but also the loans their parents took out, the college said in a news release Friday about the new Morehouse College Student Success Program. 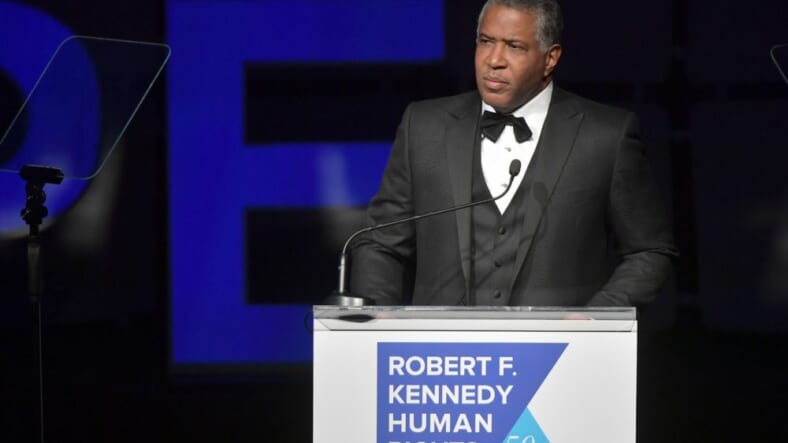 Billionaire Robert F. Smith surprised the Morehouse College’s class of 2019 in May with grants to wipe out their student debt to the tune of $34 million. That ultimate graduation gift will now include federal educational debt amassed by parents.

Four months after Smith pledged to pay off the student loans of nearly 400 graduates, the Atlanta-based historically black, all-male college has released more details about the donation.

The Smith family will not only pay off student loans, but also the loans their parents took out, the college said in a news release Friday about the new Morehouse College Student Success Program.

— How Robert Smith&#8217;s pledge to pay my $150K student loan debt saved me from giving up on my dreams

“It is our hope that our graduates will use their newfound financial freedom to pursue their career goals, to lead and serve the community, and to remember the spirit of the gift given to them by paying it forward to support the education of future classes of Morehouse Men,”  said David Thomas, Morehouse College president, noting that Smith’s gift will be “life-changing for our new Morehouse Men and their families.”

Smith, who is worth about $5 billion, according to Forbes, is founder of private equity and venture capital firm Vista Equity Partners. He previously pledged $50 million to his alma mater, Cornell University, toward the school’s college of engineering. In 2018, Smith was the wealthiest Black American in the country, USA Today reports.

According to Morehouse, “Alumni who graduated in May or who finished their degree requirements during summer school 2019 are eligible to receive gifts in the inaugural offering from the Morehouse College Student Success Program,” the release states. Parents and guardians are also gift-eligible and “all must show supporting documents to prove that loans were taken to finance a Morehouse College education and processed by Morehouse.”

“My family is going to create a grant to eliminate your student loans. You great Morehouse men are bound only by the limits of your own conviction and creativity,” Smith told the students and their parents during his commencement speech at the 2019 graduation ceremony in May.