For The Culture: 5 Emmy moments that made us all feel like winners

LISTICLE: The 71st Annual Emmy Awards were full of moments that made it seem like we're turning the corner on a lot of issues that have been the focus of struggle over the years 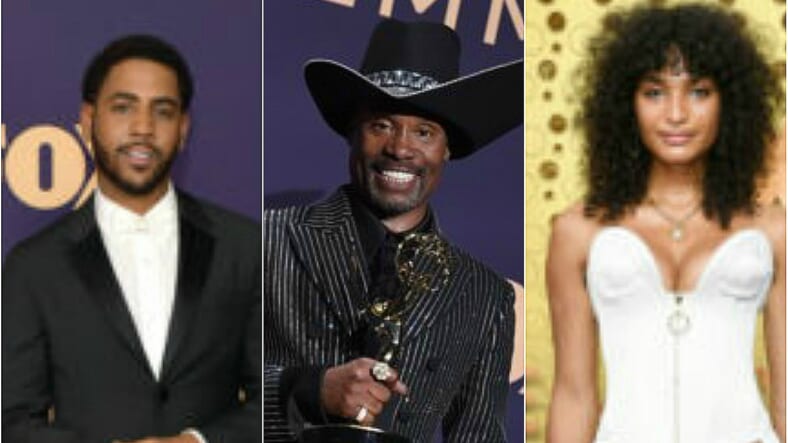 Sunday, The 71st annual Emmy Awards were all anyone could seem to talk about on social media. And as usual, the highly anticipated Los Angeles ceremony drew tons of talented celebrities showing off their fiercest fashions.

But this year, glamorous red carpet moments aside, we couldn’t help noticing that there were several subtle, and not-so-subtle political statements being made, not just based on who was on the guest list, but also with who made it to the winners podium, and received long overdue recognition during acceptance speeches.

If you missed the surprisingly, and organically “woke” broadcast have no fear. Below we’ve compiled our list of the top five moments for the culture, that had all of us feeling like winners.

Anyone who saw Jharrel Jerome’s riveting portrayal of Korey Wise in Ava DuVernay’s When They See Us knows he was deserved to win an Emmy for it. But in tinseltown what you deserve and what you get aren’t always one in the same.

When They See Us was easily one of the most painful but necessary projects of the year with many admitting they had to take breaks while reliving the gut wrenching chain of events that led to five Black and Brown men having their youth stolen from them by the criminal justice system. For years these men were portrayed as monsters in the media. So to have that same media not only admit they made a mistake – acknowledging them now as the “Exonerated Five” after years as being dismissed as The Central Park Five) — but also award one of the actors for so brilliantly bringing their stories to life is as full circle of a moment as one could expect.

READ MORE: After Oprah’s Central Park Five interview, you realize that a $41 million settlement will never be enough

When Jerome with the Emmy for Outstanding Lead Actor in a Limited Series or Movie he was all too aware of all the love and pain that went into creating that moment, and made it a point to dedicate his first Emmy to the Wise and his brothers in arms, Raymond Santana, Kevin Richardson, Antron McCray, and Yusef Salaam.

This was a win for everyone currently fighting for prison reform and those who support the men and women ripped from their families due to the failings of our criminal justice system.

Look, these days Billy Porter can do no wrong when it comes to turning awards shoes into teachable moments. And the 2019 Emmys were clearly no exception.

When Kerry Washington presented the Emmy for Outstanding Lead Actor in a Drama Series, she noted, “And once again we watch history unfold,” before announcing Porter as the winner.

As the first openly gay man to ever win this super masculine category, the “Pose” star went on to quote openly gay writing genius James Baldwin in his acceptance speech.

“I am so overwhelmed and so overjoyed to have lived long enough to see this day. James Baldwin said, ‘It took many years of vomiting up all of the filth that I had been taught about myself and halfway believed before I could walk around this earth like I had the right to be here.’ I have the right, you have the right, we ALL have the right.”

This was a win not just for the LGBTQ+ community but also to all the little Black boys and girls who were told they were too weird, quirky or simply “too much” to be accepted on a world stage.

The trans community used to be kept in the shadows, but this year they were front in center not only on the read carpet but also during some acceptance speeches.

These queens are showing even the most sheltered amongst us that not only are trans women real women, they’re also not going to put up with being anyone’s “dirty little secret” any longer.

But unfortunately, that wasn’t always the case. And the fact that none of the trans actresses who were nominated actually got to take the stage and speak for themselves, shows how much work we still have to do.

During her heartbreaking Emmy acceptance speech for ‘Outstanding Actress in a Limited Series’, Patricia Arquette spoke about the death of her sister, Alexis, a trans actress who died in 2016 at the age of 47, due to complications related to HIV/AIDS.

“In my heart, I’m so sad. I lost my sister Alexis, and trans people are still being persecuted,” Arquette shared with the audience. “I’m in mourning every day of my life, Alexis, and I will be the rest of my life for you until we change the world so that trans people aren’t persecuted—and give them jobs. They’re human beings. Let’s give them jobs.”

This was a win for trans people everywhere, many of whom live in fear of being attacked or murdered just for walking down the street in a world full of people taught to see them as something other than human.

The pushback against toxic masculinity

At an awards ceremony where gay men and trans women are being celebrated rather than just merely tolerated, it felt like for once toxic masculinity was pushed to the side and forced to sit in the audience rather than taking its usual spot at center stage.

READ MORE: Toxic masculinity and its deadly grip on the black community

Perhaps no moments sums up how far we’ve come in that respect than the win of Hollywood veteran RuPaul Charles who won the trophy for outstanding reality TV series and outstanding host for a reality or competition program — as both the producer and host of RuPaul’s Drag Race.

We have to remember it wasn’t too long ago that a big Black man in a dress would be dismissed as nothing more than a joke. And RuPaul was the target of hatred and misogyny back in the 90s when Black Twitter wasn’t around to chin check folks on being problematic the way it is now.

This was a win for every Black man who was ever told he wasn’t allowed to be different, show vulnerability, or think and move outside the box of hyper masculinity.

And when some messy fans and reporters tried to insinuate that Billy Porter didn’t seem excited enough about the RuPaul’s win Porter clarified to everyone who would listen, “Let me make this clear right now in this room to everybody. Right now. There was never a side-eye coming from me…….. I am so proud of him. I stand on his shoulders. I stand on his shoulders. He is doing it. He paved the way for me.”

Now when we talk about wins for the culture, you probably don’t expect to see a rich white women rounding out our top five. But Sunday night, Michelle K. Williams took a page from Anne Hathaway’s book of snatching the wig of fellow whites, and made a passionate speech on behalf of women everywhere, especially women of color who often get the shortest end of an already miniscule stick.

While accepting her Emmy for her leading role in “Fosse/Verdon,” the actress called out the every present issue of pay inequality, not just in Hollywood but in industries all across the world.

First she expressed her deep appreciation to FX and Fox 21 studios “for supporting [her] and paying [her] equally” for her role in the limited series. But then she made a challenge to all the other men in power who had an opportunity to follow suit.

“Thank you so much to FX and Fox 21 studios for supporting me and paying me equally, because they understood that when you put value into a person, it empowers that person to get in touch with their own inherent value. Where do they put that value? They put it into their work,” Williams said.

Powerfully concluding by warning, “The next time a woman — and especially a woman of color, because she stands to make 52 cents on the dollar compared to her white male counterparts — tells you what she needs in order to do her job, listen to her, believe her, because one day she might stand in front of you and say thank you for allowing her to succeed because of her workplace environment and not in spite of it.”

This was a win for women everywhere, particularly for women of color who have been pushing back against traditional white feminism to understand that our issues are a lot more nuanced and intersectional than just gender alone.