The Exonerated Five were all in attendance when the actor won the Emmy for Outstanding Lead Actor in a Limited Series or Movie.

The 2019 Emmy Awards definitely got it right when they awarded Jharrel Jerome with the Emmy for Outstanding Lead Actor in a Limited Series or Movie for his portrayal of Korey Wise in When They See Us.

The 21-year-old actor who made a major mark in the 4-part series from Ava DuVernay wasn’t even born when the Central Park Five rocked the headlines, but that didn’t stop him from delivering an awe-inspiring performance. 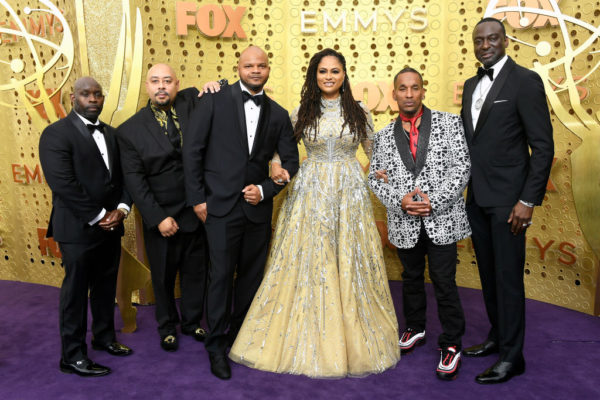 Jerome dedicated his award to the Exonerated Five who all attended the event with Ava DuVernay and gave him a standing ovation when he won and delivered his heartfelt acceptance speech.

“I feel like I should just be in the Bronx right now chilling, waiting for my mom’s cooking or something, but I’m here in front of my inspirations,” he said before thanking his family.

“Of course Ava [DuVernay], thank you for giving me this opportunity…Most importantly, this is for the men that we know as the Exonerated Five.”

When They See Us was nominated for 16 awards and several of its stars went head to head in their categories.