After Oprah’s Central Park Five interview, you realize that a $41 million settlement will never be enough

The one-hour OWN special on Wednesday night showed that good endings are more complicated in real life. 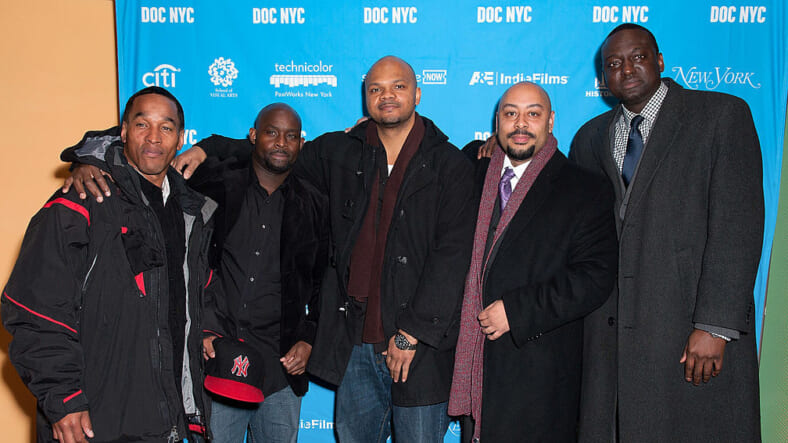 June has been a momental month for social justice through the arts. Award-winning filmmaker Ava DuVernay’s groundbreaking Netflix film When They See Us, detailing the heartache and impact of the Central Park Five, has broken records and invoked renewed empathy for the five young Black men who lost years of their life in prison.

Since its release, it’s been the most watched show in America. A new generation has been exposed to the trauma surrounding the unjust conviction of Antron McCray, Korey Wise, Kevin Richardson, Raymond Santana and Yusef Salaam (who at the time were between the ages of 14-16 years old) in connection with the assault and rape of Trisha Meili. As a result, public opinion has weighed in and no one is feeling it more than the two prosecutors who were involved in the wrongful conviction. Both Linda Fairstein and Elizabeth Lederer have faced major backlash, firings, resignations. and public shaming for their part in this travesty of justice.

Meanwhile, the Central Park Five have gone on to garner viral sympathy and further exoneration in eyes of anyone who has looked at the hard facts of this case. The group, referred to many now as “The Exonerated Five,” recently received the ACLU’s Roger Baldwin Courage Award and have been given the opportunity to tell their story to many major news outlets.

READ MORE: Ava DuVernay talks to Oprah about racist prosecutor Linda Fairstein and the fallout since ‘When They See Us’ premiered

On Wednesday night, however, the men were granted the one opportunity they have always wanted — the chance to be interviewed by the Queen of all Media herself, Oprah Winfrey, for a special aired on her OWN that unexpectedly gave a different viewpoint than what I initially expected to see.

What I anticipated was a optimistic yet motivational heartfelt conversation that would be reminiscent of many of Oprah’s past interviews. Instead, what I watched was a sober and raw look at how a failing justice system continues to terrorize those found innocent beyond exoneration and settlement and how such implications carry consequences that may never be resolved.

“Even to this day I’m damaged. I need help. I know it. I try to keep myself busy,” Antron McCray told Oprah Winfrey during the special. “The system broke a lot of things in me that can’t be fixed.”

It was hard hearing the ongoing trauma many of those men have continued to face. Their onstage tears and the crying in silence conveyed more than any words that could be said. The deep pauses, the inflection in their voices, in each description there was a pain present that you know may never go away because you can still see it in their faces even through a television screen. Moments of joy and anger were somehow felt hand-in-hand. I was personally moved by Korey Wise’s resilience as one who  faced the more intense interrogation by law enforcement.

“Even to this day I’m damaged. I need help. I know it. I try to keep myself busy.”—Antron McCray

Even so, nothing compared to the instant knee-jerk reaction when McCray said he would never forgive his father, Bobby, for pressuring him to confess to a crime he didn’t commit.

“No ma’am … he’s a coward,” McCray told Oprah with intensity. “I hate him, my life is ruined.”

Those words hit me deeply. It revealed a sobering truth that nobody at home watching wanted to hear, but it was real. Despite the dusted off praise, additional settlement, honors, and visibility, none of it will ever be enough to fix some of these men’s lives. As a society, and as Black people more generally, we are often engrained to have faith and be more hopeful, but McCray kept it real in an unexpected way revealed that a failed system that exonerates also leaves scars that can’t be healed.

READ MORE: 5 Things to Know about ‘When They See Us’ breakout star Jharrel Jerome

The interview left me with a deeper sense of urgency on being more sincere with discussing the impact that incarceration has on those closest to us. It’s not enough just to celebrate those who are released, but actually recognize that life after incarceration carries trauma that also needs guidance and support. It’s not just enough to pray and keep the faith, but to actually commit yourself to checking in and lending professional support. Since the show, I can’t stop thinking about how many Antron McCrays are in my family and what can be done to make them feel more seen and loved.

This is true, and I think it’s time for America to get serious about how we support and protect our brothers like the Exonerated Five, making sure they know they’re not on their own.

Ernest Owens is the CEO of Ernest Media Empire, LLC and Writer at Large for Philadelphia magazine. He has written for USA Today, NBC News, MTV News, BET and several other major publications. Follow him on Facebook, Twitter or Instagram and ernestowens.com.