Turns out baby Archie is the spitting image of his father! 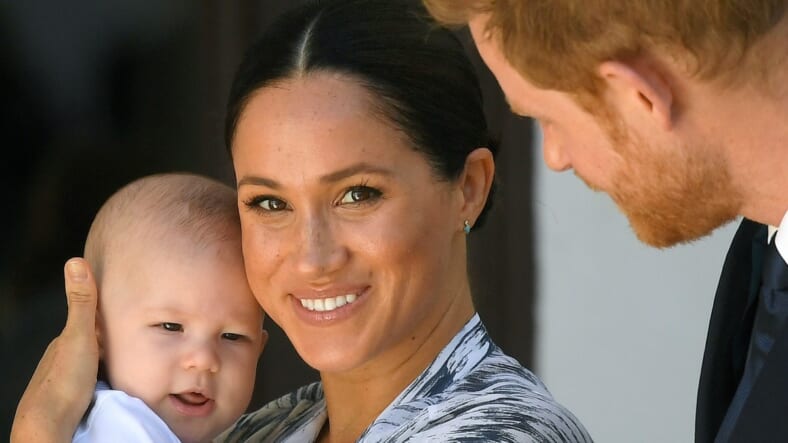 This week Megan Markle and her husband Prince Harry began their highly anticipated royal tour of Africa and royal watchers were treated with their first real sighting of baby Archie.

According to The Daily Mail, Wednesday, while speaking to a group of female entrepreneurs at an event in Cape Town, the Duchess of Sussex opened up about the pressures of being a working mother.

READ MORE: Meghan Markle connects with teen girls in South Africa: ‘I a woman of color and your sister’

A good-natured Markle shared that while juggling the mounting commitments of being a royal while looking after baby can be a handful she’d be lying if she didn’t admit it was also exhilarating at times.

“We’re only five months in right now,” Markle said while speaking to to mother-of-two Lara Rosmarin, CEO of Cape Innovation and Technology. “Being a working mum and traveling as well with a baby, my goodness it’s a lot, but it’s all so exciting.”

“There are days when it’s a lot to juggle but then you meet someone and you have an impact on them and you say ‘ah-ha’, and it’s so rewarding,” she concluded.

Speaking of rewarding moments, that same morning the Duke and Duchess of Sussexes’ were up early to meet Archbishop Desmond Tutu, the nobel-prize winning champion of the anti-Apartheid movement and brought Archie along for the ride.

“Arch meets Archie,” read the caption on their official Instagram account, accompanied by a video of a their baby boy smiling and laughing for the cameras.

Even though he is only four-and-half months-old, the Duchess described her son as “an old soul” while the Archbishop’s daughter, Thandeka Tutu Gxashe, joked that she could already tell he would grow up to be a “ladies man.”

The Archbishop Tutu’s daughter also suggested that the precocious baby must have “cameras” in his “genes”.

“I think he’s used to it already,” the Duke replied, as the cameras clicked captured Archie’s unveiling.

“Thank you for your concern and interest in the welfare of our people,” the Archbishop said to the couple. “It’s very heartwarming to realize that you really, genuinely are caring people.”