"This is a case of double standards and double talk." 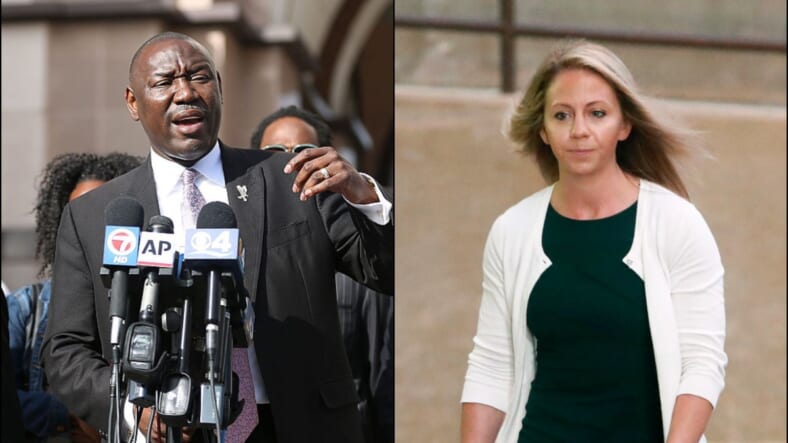 It was day three, yesterday, in the murder trial against former Dallas police officer, Amber Guyger who shot and killed 26-year old accountant, Botham Jean, in his apartment last September.

After being questioned by the defense outside of the presence of the jury, lead investigator, Texas Department of Public Safety’s David Armstrong, provided testimony saying that he did not think that Guyger committed a crime because it was reasonable to believe that there was an intruder in her apartment and that she reacted because she perceived Jean as a deadly threat.

Jean family attorney and civil rights activist, Benjamin Crump, adamantly disagrees. In an exclusive interview with theGrio, Crump said that not only should Guyger be found guilty of murder, but the family demands that both she and her partner turned lover, Martin Rivera, be charged with tampering with evidence, conspiracy, and aiding and abetting. 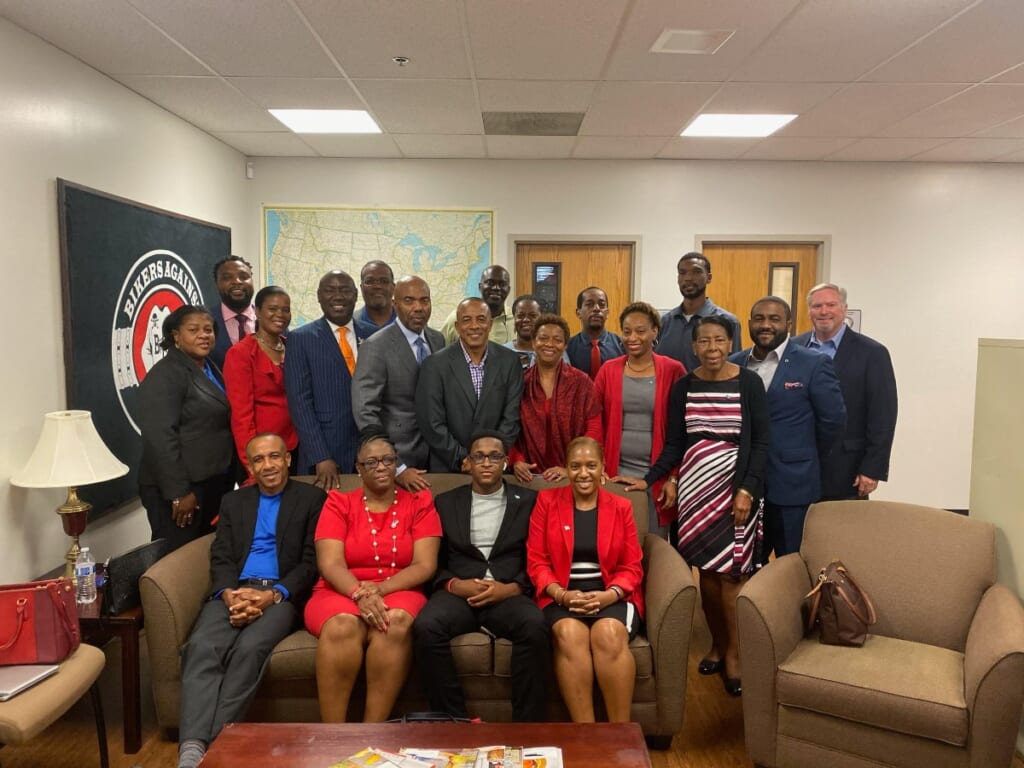 The Jean family and friends along with their legal representatives will be in court every day until justice is served. (Photo courtesy of the Law Office of attorney Benjamin Crump.)

“This is a case of double standards and double talk,” said Crump who has been in the courtroom since the beginning of the trial.

“What is heartbreaking is to see how the police are doing everything in their power to protect this killer from being brought to justice. There is damning evidence that Amber Guyger and her partner/lover were sexting and then it comes out that she deleted all of her text messages and Rivera also deleted his texts and sexually explicit images that they shared with one another. Why are they not being charged with tampering of evidence or a conspiracy or Rivera with aiding and abetting? He destroyed evidence that was pertinent to what happened here.”

Critics have said that Guyger had the upper-hand from the very beginning. She clearly enjoyed the perks of being an officer with the Dallas Police Department when they allowed her to turn herself in at another county to avoid the press and when the police union paid her bond. But, like many things in life, you can’t have it both ways.

Why are they not being charged with tampering of evidence or a conspiracy or Rivera with aiding and abetting? He destroyed evidence that was pertinent to what happened here.

According to Crump, the Dallas Police Department treated the situation as if it was a police-involved shooting with an on duty officer, but when it’s beneficial, the defense changes the narrative to her being an off duty officer.

In a closed hearing today, it was also revealed that the sergeant who put Guyger in the squad car, told her not to say a word because the dash cam video was running. Once the police union rep gets on the scene, he tells the sergeant to turn off the vehicle recorder, so that nothing they say will be recorded. Neither of these luxuries is typically afforded to most accused killers, especially if they are Black. 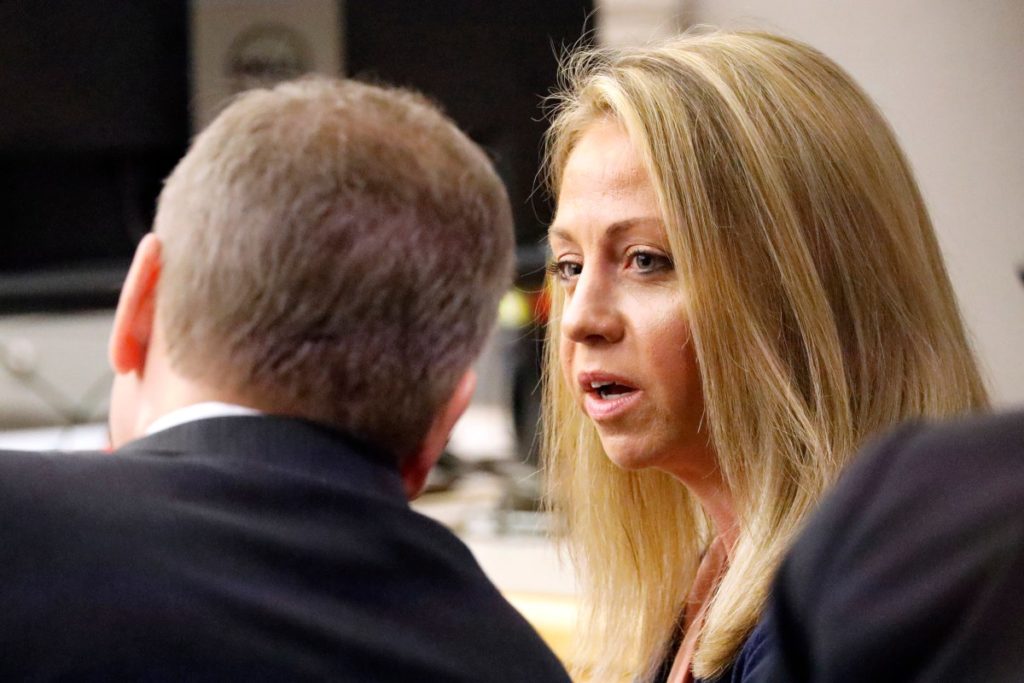 “This is a clear violation because you know they would not do this for another citizen who had just killed an unarmed person in his own apartment,” says Crump.

“If she is not held accountable for killing this young, Black man, then is there any where Black people are safe from being executed by police in America?”

Further details of that night indicate that Guyger was removed from the police vehicle after the shooting and allowed council from other officers, which seemingly gave her time to construct the story she wanted to tell. Unlike what was said on the 911 tape, Guyger suddenly pushed this notion of self-defense, which Crump believes was a result of her having the time to be coached.

“She never once said anything about feeling threatened or in fear of her life,” says Crump. “That was the conspiracy to get a justification for her killing this man. In her words, she said, ‘I f**ked up.'” Botham went to his grave not understanding why this police officer broke into his house and shot him.”

Listening to the 911 audio, it also seems that Guyger didn’t draw on her training as an officer once she realized what she had done. Instead of trying to administer first aid, she stayed on the phone with the dispatcher and even texted Rivera.

“She’s sending text messages to her lover while Botham is laying there dead. What about trying to give him medical attention while he’s struggling for life? She’s thinking about herself. She never thought about the unarmed Black man who she just shot.”

The Jean family has had to relive this tragedy over and over again. Today they heard from Christin Noble who works with the Dallas D.A.s office and is a digital multimedia analyst as well as four of Jean’s former neighbors (Taydra Jones, Whitney Hughes, and Alyssa Kinsey, Shanel Bly), Trace Evidence Examiner, Waleska Castro, Medical Examiner, Dr. Chester Gwin, followed by Crime Scene Analyst, Robyn Carr, who took photos of the evidence inside and outside of Jean’s apartment and of Guyger that night. 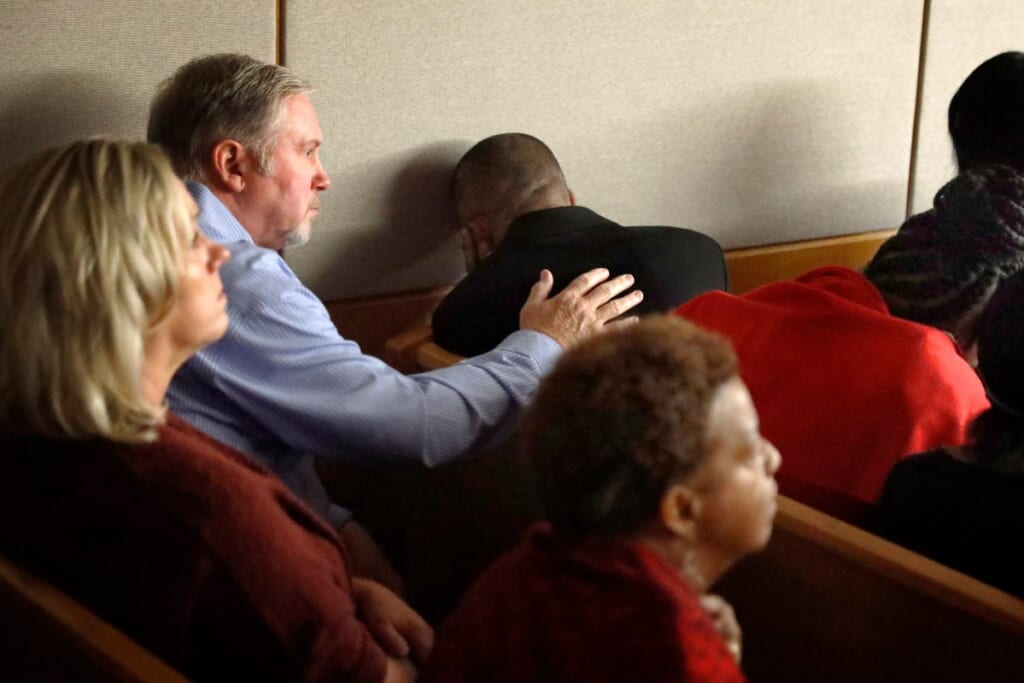 Outside the presence of the jury, Botham Jean’s father, Bertrum Jean (center), leans his head away and covers his ears as the police body camera footage is shown inside the courtroom on Wednesday, September 25, 2019. (Tom Fox/The Dallas Morning News/AP Pool)

The realization that Jean was already dead before EMS arrived on the scene and seeing officers administering CPS onto his unresponsive body was more than they could handle. Actually, this entire experience has left a defining impression in their minds.

“Remember, Botham is from St. Lucia. His family is looking at America and saying it seems to be open season when it comes to killing Black people in America by police. Is America a place where there is equal justice under the law or are those just words?'”

Wendy L. Wilson is the managing editor of theGrio.com. You can find her rants, raves, and reviews on Twitter @WendyLWilson_