Guyger told the dispatcher nearly 20 times,"I thought it was my apartment." 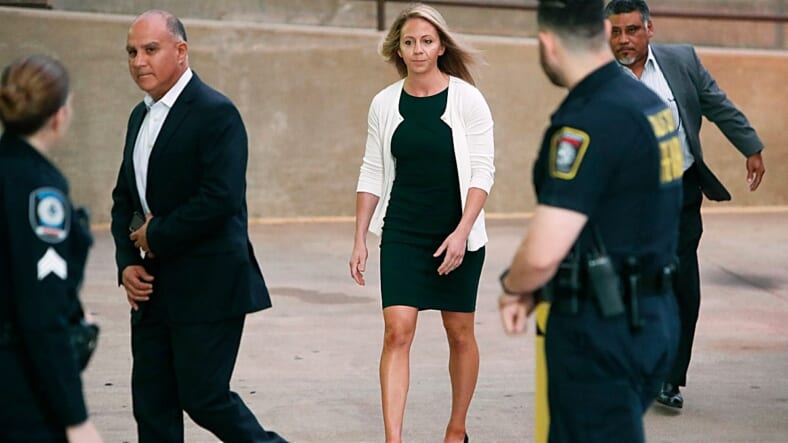 Former Dallas police Officer Amber Guyger is escorted by a security detail as she arrives for her murder trial at the Frank Crowley Courthouse in downtown Dallas, Tuesday, Sept. 24, 2019. Guyger is on trial for shooting and killing her unarmed neighbor Botham Jean in the Dallas apartment building they both lived in. (AP Photo/LM Otero)

The jury, comprising of mostly young people of color, sat and listened to testimonies from various witnesses close to the case, confirmation that Guyger had no drugs or alcohol in her system at the time and her frenzied call to 911, after she realized that she shot someone in an apartment that was not her own.

During the recording, the jury heard Guyger tell the dispatcher nearly 20 times that “I thought it was my apartment,” reports the Associated Press. “I’m gonna lose my job” and “I am going to need a supervisor.” What in fact is missing from the audio is any indication that Guyger was in fear for her life, that she thought Jean was an intruder or that she actually tried to aide him per her training as an officer.

NSFW, but take a listen of the complete audio recording, originally obtained by WFAA.

Some of the witnesses called today included the Denise Rivera, the 911 dispatcher who took the call that night, Sgt. Stephen Williams, who administers the body worn cameras for the Dallas Police Department and Officer Michael Lee, who answered the call at the apartment building that night. His body cam footage showed Jean’s lifeless body bleeding out on his apartment’s living room floor.

Lee can be seen attempting to do CPR to save Jean’s life. Unfortunately, the juror also learned that Jean died before making it to the hospital, likely taking his last breath just as EMS arrived on the scene.

Other responding officers as well as the South Side Flats building manager provided their testimony, but it wasn’t until Jean’s former neighbor, Joshua Brown took the stand that emotions truly came into play.

Brown, who lived across the hall, had only met Jean the day before he died, but recalled hearing Jean sing gospel songs and music by Drake through the walls. He testified that he heard the gunshots the night Jean died and could see Guyger through his peep hole. He became so emotional while recalling the story that the judge allowed for a brief recess for Brown to compose himself. 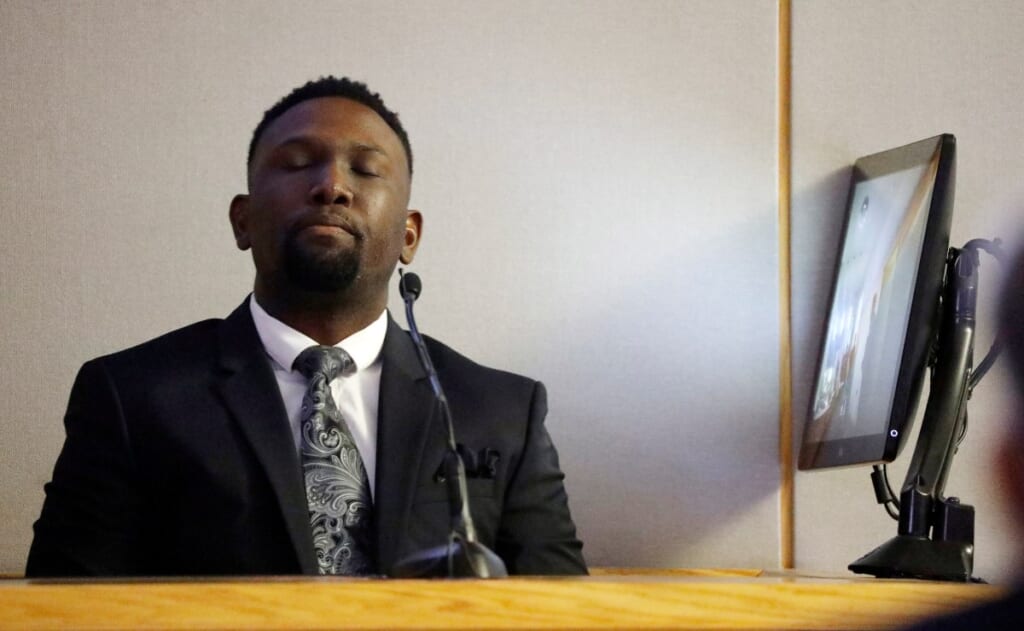 Dallas police officer Michael Lee (right) listens and watches his body cam footage played for the jury. Lee was one of the first responding officers to the scene of the crime and performed CPR on Botham Jean. (Tom Fox/The Dallas Morning News/Pool)

However, one of the most intense parts of day had to be when the prosecution played footage provided by the lead investigator of the Texas Rangers, David Armstrong. It showed inmate details inside of Jean’s apartment. Jurors saw blood spatters on the living room floor, a bowl of melting, half-eaten, vanilla ice cream with chocolate chip cookies still on the table and prescription bottles on his kitchen counter for the wisdom tooth he had just gotten removed.

These images and testimonies further enforced that idea that Jean was a man who was not at the wrong place at the wrong time, but a person who was in a place he thought was safe — his own home. Guyger’s attorney’s will have to do their best to prove that, as a police officer, she did not use excessive force and that her intention was not to kill him.

The trial will resume on Wednesday morning. 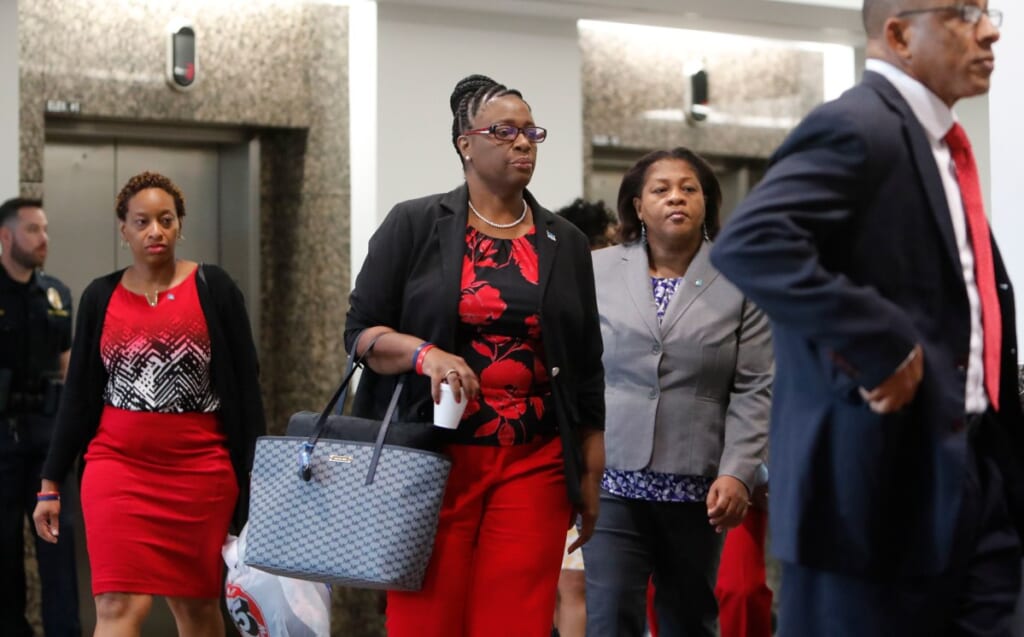 Allison Jean, center, the mother of Botham Jean arrives with family members for the murder trial of former Dallas police officer Amber Guyger in Dallas, Tuesday, Sept. 24, 2019. Guyger is on trial for shooting and killing Botham Jean, her unarmed neighbor, in the Dallas apartment building they both lived in. (AP Photo/LM Otero)