Peppermint will play a transgender pastor on the CBS series. 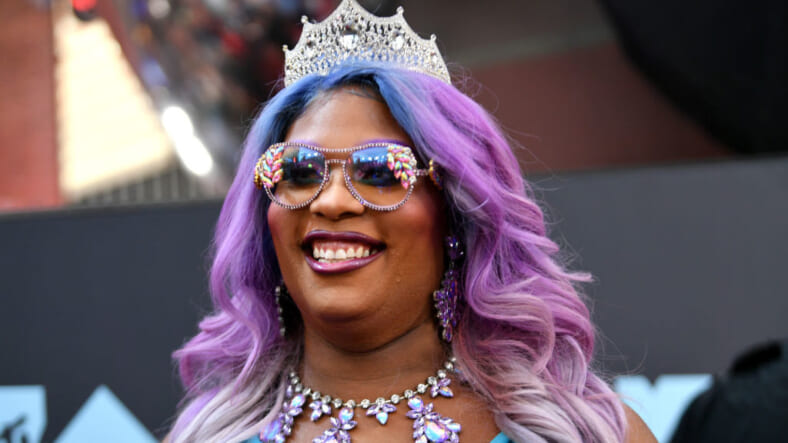 You may remember Peppermint from her stint on season 9 of RuPaul’s Drag Race but we will be seeing a lot of the actress now that she has nabbed a role on CBS’ hit series, God Friended Me.

Peppermint will be featured in a two-episode arc this season, portraying Pastor Olivia, a transgender pastor who works hard to reach the LGBTQ community.

“This role is proof that we’ve come so far,” Peppermint told Entertainment Weekly. “A transgender pastor is not something you’d see being written or cast even five years ago. This season, they are raising the bar both in front and behind the camera. You ain’t ready, y’all!”

God Friended Me is a celebration of humanity that encourages a thought-provoking and inclusive conversation about faith.  Multiple faiths are represented on the show, and the tenants of religion are presented in universal themes of being kind to one another and the differences we can make in each other’s lives.

The show’s inherent message of human kindness has served as a springboard for its very own cast to examine and expand their own moral footprints. Cast members including series star Brandon Micheal Hall and Javicia Leslie who were inspired by the show to engage in new and ongoing philanthropic endeavors and volunteer opportunities that they participate in currently. It also stars Scandal alum, Joe Morton.

WATCH: Actor Joe Morton talks life after ‘Scandal’ and his role in the new drama ‘God Friended Me’

Here’s what to expect:

A month has passed since that bombshell moment and Miles hasn’t received any new friend suggestions, causing him to question his true calling and place within the God Account’s universe.  Additionally, the first three episodes have tremendous scope, as we filmed in Paris outside the Louvre Museum, the Eiffel Tower and on the Seine River. In New York, we shot in iconic Times Square and around the Statue of Liberty.