The film made its U.S. debut at the Urbanworld Film Festival in NYC. 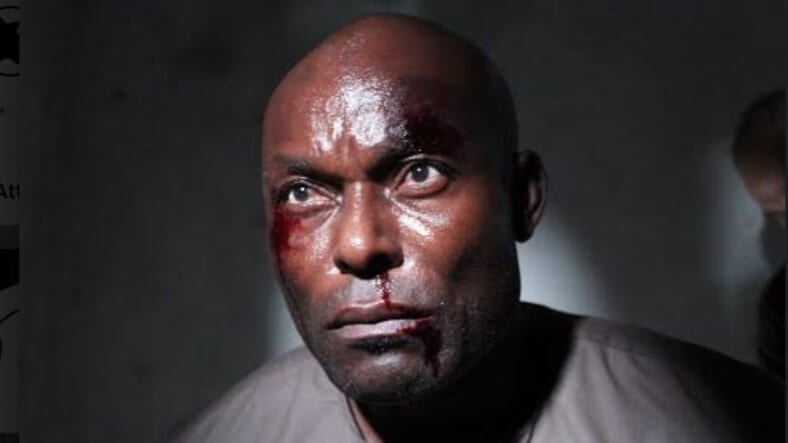 Last week, Deserances premiered at the Urbanworld Film Festival in NYC and we can’t wait for you to see this powerful foreign film starring Claws alum, Jimmy Jean-Louis.

Directed by African Director Apolline Traore, who hails from Burkina Faso, the film will be the country’s first-ever Oscars submission.

Desrances tells the story of Francis (Jimmy Jean-Louis) who is expecting a second child, a son. He looks forward to the birth of his heir. For Francis, having a son is crucial since the destruction of his country was devastated by a horrific earthquake in January 2010. His joy of welcoming a son to his happy family is short lived. While Aissey is about to give birth, a civil war breaks out in Abidjan. His newborn son, and his wife have disappeared. Despite his refusal, his 12-year-old daughter Haïla decides to accompany him on his quest. Francis discovers the unsuspected courage of Haïla.

We caught up with Jimmy Jean-Louis and Apolline Traore to find out how they created this stirring piece of art that highlights several social issues in a truly provocative way.

“I thought it was quite powerful. The read was excellent. It was very easy to read and that’s the first indication that you have something good in your hands. We talked about how she was going to approach the movie and to be shooting the movie in a place like Ivory Coast, I was in,” he said of the film.

“Once again, I was playing a Haitian character but this time with a twist because we were in Africa.”

Yes, there are subtitles, but you’ll hardly mind having to read given the incredible pacing, evocative imagery, and passionate performances from its stars. Jemina Nemlin, who plays Haïla, is particularly impressive in her first-ever film role.

“When we first met, we sort of looked alike,” Jean-Louis says of his young costar. “I do have daughters that are around her age so I understand the relationship between little girls and dads.”

The choices that director, Apolline Traore made with this film are what make the viewing experience truly astounding.

“My goal for the film was to make the audience feel what the characters were feeling and to bring them inside the main character’s head,” she explained. “Because this character is so troubled and so misunderstood, I wanted the audience to feel that.”

Without giving away any major plot points, we can attest that she was successful in her mission and the result is a riveting ride that is sure to make your heart race.

Check out the trailer for Deserances: