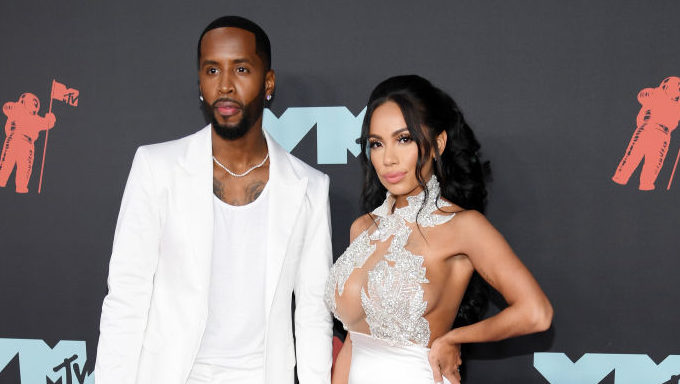 It looks like Erica Mena and Safaree Samuels have been hiding a pretty big secret.

The Love & Hip Hop stars who are set to wed on October 7 revealed they are expecting their first child together on Tuesday.

The pair shared the good news with a photoshoot showing off Mena’s growing baby bump on social media and by the looks of her, she’s well on her way to welcoming a new bundle of joy.

Erica Mena has one son from a previous relationship and this will be baby No.1 for Safaree Samuels.

Just last year, she and her former boyfriend, Clifford Dixon were arrested after reportedly arguing so loudly it prompted someone to call the police. While witnesses reported hearing someone get slapped, there was no evidence of physical harm on either person, but witnesses also alleged Dixon kicked in a locked door to get to Mena. He was arrested for criminal trespass because the incident went down at Mena’s home and she was charged with possession of marijuana after cops found weed and THC wax in her kitchen.

SO MESSY: Safaree Samuels claims Nicki Minaj cut him with a knife

According to reports, Mena and Samuels plan to film their upcoming nuptials for Vh1.