The reality star was arrested for possession of marijuana. 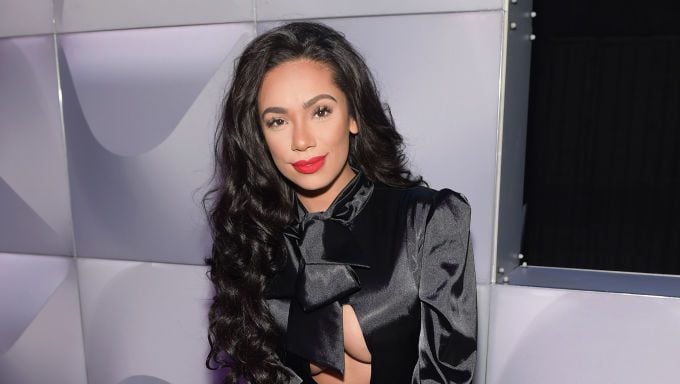 It looks like things just got real for Love & Hip Hop alum, Erica Mena. According to reports, she and her boyfriend landed themselves behind bars over the weekend after a lover’s quarrel turned ugly.

Erica Mena previously starred on several seasons of Love & Hip Hop New York and recently appeared on Love & Hip Hop Atlanta. TMZ reports that Mean and her boyfriend, Clifford Dixon were arguing so loudly it prompted someone to call the police.

5 Reasons ‘Love & Hip Hop Hollywood’ is doing WAY too much

While witnesses reported hearing someone get slapped, there was no evidence of physical harm on either person, but witnesses also alleged Dixon kicked in a locked door to get to Mena. He was arrested for criminal trespass because the incident went down at Mena’s home and she was charged with possession of marijuana after cops found weed and THC wax in her kitchen.

No word on how long this couple has been together or what prompted their blowup, but let’s hope they have learned their lesson.

The story adds fuel to the rumors that Erica Mena faked her relationship with Cyn Santana on LHHNY for ratings. Both women have moved on to pursue relationships with men since their very public split. Erica Mena dated Bow Wow and Cyn Santana linked up with former costar, Joe Budden.