Lupita Nyong’o sounds off on colorism: ‘Lighter skin preference is alive and well’ 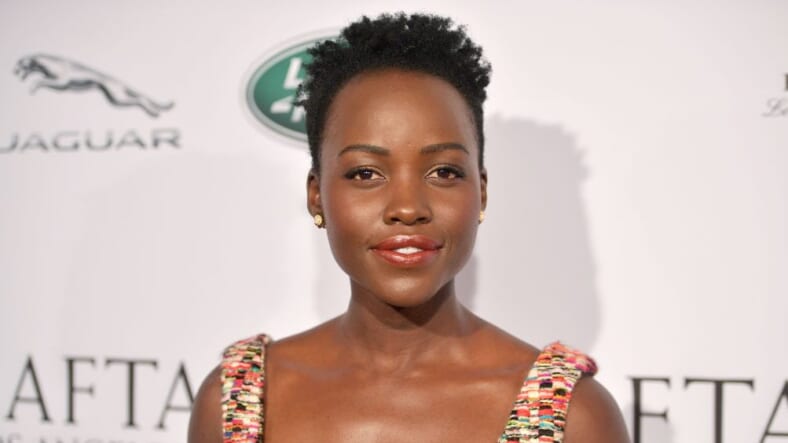 Stunning actress Lupita Nyong’o is speaking out on the age old boogie man known as “colorism.”

According to the Huffington Post, Monday, Nyong’o went on an epic twitter rant about society’s long history of promoting colorist standards of beauty.

“Society’s preference for lighter skin, is alive and well,” wrote the Oscar-winning actress, also pointing out that “places with a largely white population,” are not the only ones obsessed with this anti-Black prejudice.

Nyong’o, who was born in Mexico City and raised in her parents’ native Kenya, has been able to see first hand how colorism rears its ugly head in both the Latin communities and even on the continent.

“Throughout the world, even in Kenya, even today, there is a popular sentiment that lighter is brighter,” she explained.

This is 5-year-old me. I reflected on this little girl's feelings and fantasies when I decided to write my children's book, #Sulwe. With this book, I wanted to hold up a mirror for her. Here's why: pic.twitter.com/KsivFjWl7X

The Us star also shared a sweet picture of herself when she was only 5 years old, also revealing that her own childhood motivated to write Sulwe, her new children’s picture book about colorism and self-love that which centers around a dark-skinned little girl.

“As a little girl reading, I had all of these windows into the lives of people who looked nothing like me, chances to look into their worlds, but I didn’t have any mirrors,” Nyong’o wrote, adding that “mirrors help us develop our sense of self, and our understanding of our own world.”

This isn’t the 36-year-old’s first time speaking up about this prickly subject. Back in a 2014 interview with Glamour, the starlet opined that Euro-centric beauty standards were a “plague the entire world.”

“The idea that darker skin is not beautiful, that light skin is the key to success and love,” she continued. “Africa is no exception. When I was in the second grade, one of my teachers said, “Where are you going to find a husband? How are you going to find someone darker than you?” I was mortified. I remember seeing a commercial where a woman goes for an interview and doesn’t get the job. Then she puts a cream on her face to lighten her skin, and she gets the job! This is the message: that dark skin is unacceptable. I definitely wasn’t hearing this from my immediate family—my mother never said anything to that effect—but the voices from the television are usually much louder than the voices of your parents.”