“I couldn’t even get on a late-night show. No joke. I was never on Jay Leno, David Letterman, any of those shows," she said in a recent interview. 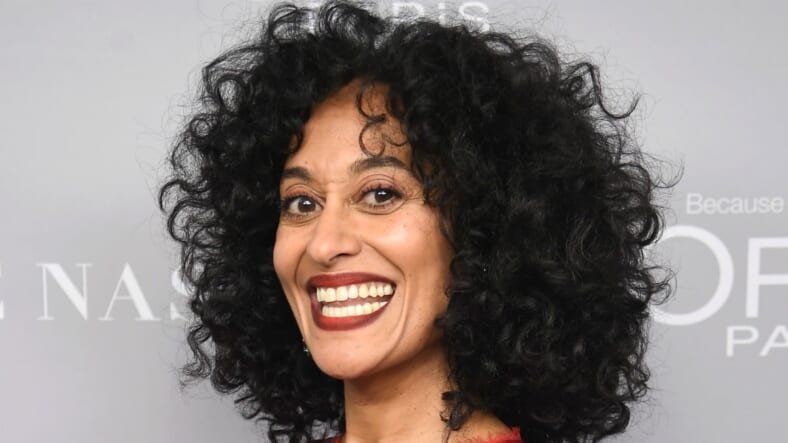 Although Tracee Ellis Ross is enjoying the fruit of a very successful turn on black-ish, she was virtually invisible at the beginning of her career, which is the case for most Blacks in Hollywood.

Ellis Ross opened up on Essence’s The Color Files podcast about the lack of support that accompanied being a lead star on a show starring an all-Black female cast on Girlfriends.

In fact, she said she was never invited on talk shows by David Letterman, or Jay Leno, a perk she now has due to her popularity on the award-winning black-ish.

“My career was not handed to me,” she explained. “When I was on Girlfriends, I couldn’t even get on a late-night show. No joke. I was never on Jay Leno, David Letterman, any of those shows. I was the lead. It was a huge hit in our community and we had a lot of eyeballs.”

Girlfriends ran from 2000-2008, which is TV gold, given that it survived so long. Yet after it ended, Ellis Ross said scripts weren’t flying at her feet and it was a struggle to get cast or any work in the Hollywood real.

The actress saw brief success on BET’s “Reed Between The Lines” with Malcolm-Jamal Warner in 2011, but that show as soon canceled after just one season.

But things turned rosy in 2014, when she was offered a role as Rainbow on black-ish.

She’s also been able to spread her wings too and produce episodes on black-ish something she recently dished about in an interview last month on the “Tamron Hall Show”.

“They [the titles] don’t matter to me, but they matter in the context of our history and our world and our life and as women and as black women they do,” she explained.

“And I think it’s really important for us to have equity in the things that we create. And I think culturally and historically that hasn’t been the case. Personally, the title is not the thing, it’s being involved in creating content,” Ellis Ross added.