Nipsey Hussle ‘The Marathon Don’t Stop’ biography in the works 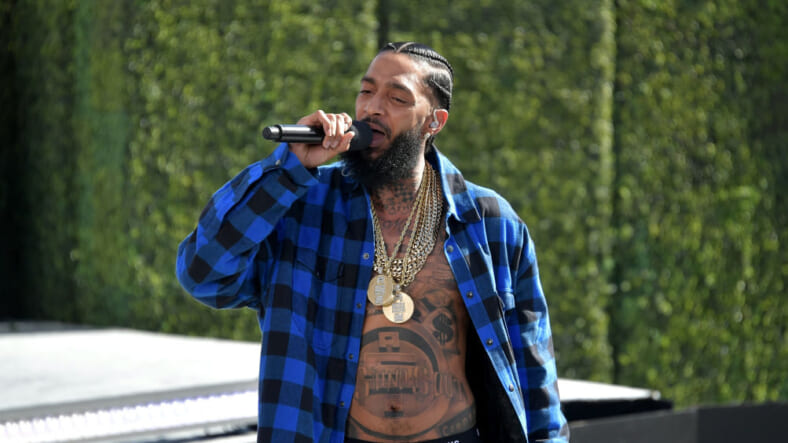 The first in-depth biography about the extraordinary life and jarring death of rapper Nipsey Hussle is slated to be published in 2020, just one year after he was fatally shot in Los Angeles.

According to Complex, The Marathon Don’t Stop: The Life and Times of Nipsey Hussle, which is being written by music journalist Rob Kenner and published by Atria Books will  available for fans on March 24, 2020.

“The last time I spoke with Nipsey Hussle, he told me, ‘I ain’t outside giving out jewelry or dropping off bags of money on people, but I’m giving out game,’” says Kenner who is making it a point to include interviews with Nipsey’s friends and family.

“This book is my attempt to help fulfill that intention,” he explains. “The Marathon Don’t Stop will also place his accomplishments in proper historical context, giving Nipsey Hussle his rightful place in the history of hip-hop, Los Angeles, and America. It will include interviews with people who haven’t spoken before, as well as insights into the forces that shaped Hussle into the man he became.”

Nipsey Hussle, born Ermias Asghedom, 33, was killed March 31 in front of his South Los Angeles clothing store, which he called “The Marathon.” At the time, he was planning on expanding his business into real estate beginning with the shopping plaza where his store was located with a residential and commercial development with his store as the anchor.

Police say Eric Holder, 29, shot Hussle in an argument. He was arrested a few days after the shooting and charged with murder.

“Nipsey has inspired an entire generation of people who have felt invisible in their communities,” opined Michelle Herrera Mulligan, the senior editor at Atria who will be editing the biography. “This book will share the blueprint of Nipsey’s success, drawn on the streets where he was raised.”

Kenner, whose list of accolades include being a founding editor of VIBE, and having his work appear in The New York Times, Complex, Billboard, Mass Appeal, Ego Trip, Pigeons & Planes, and more, spoke exclusively to Complex about the amount of love and thoughtfulness that went into making this project the homage that Hussle, and those who love him deserve.

“Nipsey Hussle said that “the highest human act is to inspire,” and like so many others, I was inspired by both his words and his actions,” he revealed during the Q&A. “He was one of the most fascinating artists of our time, as well as an important activist and thought leader, but he received relatively little acclaim during his lifetime. The fact that so few critics and gatekeepers recognized how important he was only makes his story more compelling.”

You can check out the full interview here.