Former Officer Aaron Dean resigned before he could even be fired.

Wendy L. Wilson
Atatiana Jefferson is a Black woman from Fort Worth, Texas who was shot and killed in her bedroom as she played with her 8-year old nephew by a white police officer investigating a potential break in. The officer has since been put on leave. (Image courtesy of Atatiana Jefferson’s Facebook)

Interim Fort Worth Police Chief Ed Kraus announced on Monday that the white officer who fatally shot Atatiana Jefferson in her bedroom on Saturday morning has officially resigned.

“My intent was to meet with him today to terminate his employment with the Fort Worth Police Department, however, the officer tendered his resignation this morning before we met,” said Kraus in a press conference featured on CNN. 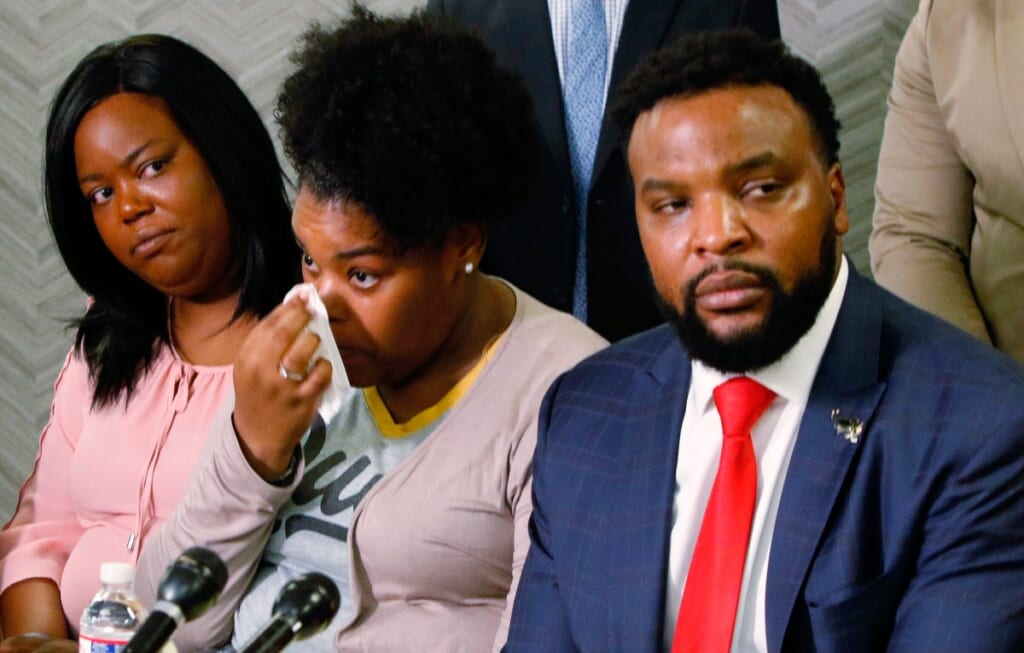 We know now that former Officer Aaron Dean was immediately provided with a written administrative complaint after the shooting and placed on detached duty, where both his bade and his weapon were taken away.
However, Kraus confirmed that if Dean had not resigned, his intention was to terminate Dean from the Fort Worth Police Department for violating several policies including the use of force used to de-escalate the situation and unprofessional conduct. Dean has been on the force since April 2018.
Fort Worth Mayor Betsy Price issued an apology to Jefferson’s family on behalf of the city.
READ MORE: The Forgiveness Trap: Botham Jean’s family’s response to Amber Guyger triggers debate
“To Atatiana’s family, it’s unacceptable. There is nothing that can justify what happened on Saturday morning. Nothing,” she told reporters. 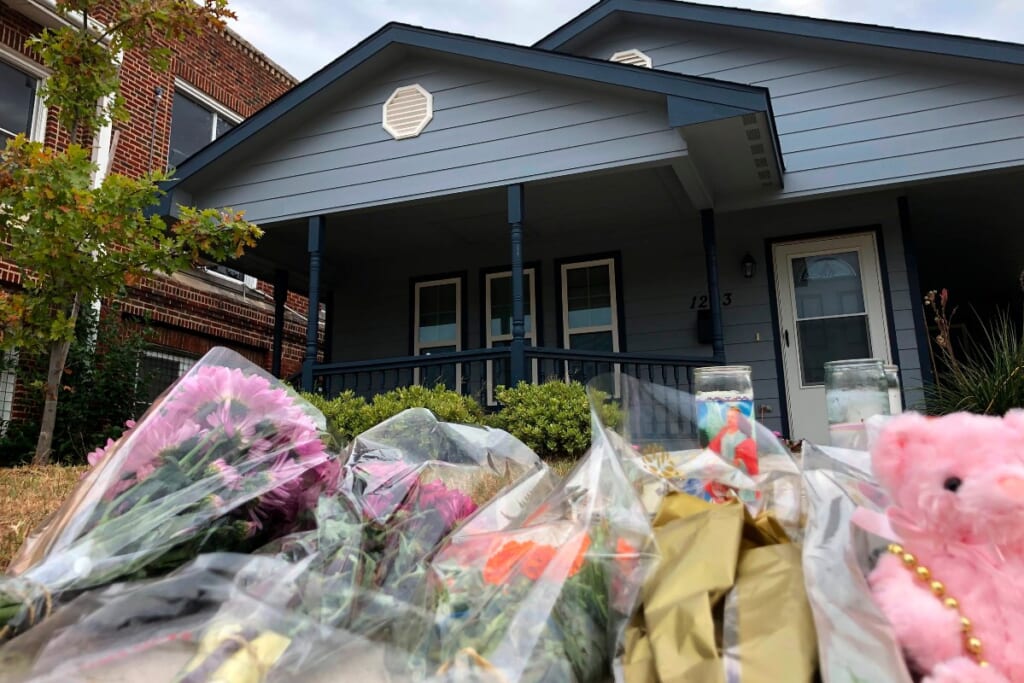 Bouquets of flowers and stuffed animals are piling up outside the Fort Worth home Monday, Oct. 14, 2019, where a 28-year-old black woman was shot to death by a white police officer. Members of the community have brought tributes to the home where Atatiana Jefferson was killed early Saturday by an officer who was responding to a neighbor’s report of an open door. (AP Photo/Jake Bleiberg)

On Saturday, a neighbor called the Fort Worth police because Jefferson’s front door appeared to be open. Two seconds after arriving to the house in response to the call, Dean is seen on edited body camera footage shouting commands outside saying,”Put your hands up! Show me your hands!” He never identifies himself, bunt instead decides to immediately firing into what looks like a dark bedroom. We later learned that Jefferson was in that room and had been shot to death while babysitting her 8-year old nephew. The medical examiner says she died at 2:30 a.m.

READ MORE: Atatiana Jefferson’s grieving father says, ‘Unlike this Botham Jean, I don’t want no hug,’ after daughter was gunned down by Fort Worth cop in her own home

Since Dean’s conduct ultimately led to Jefferson’s death, criminal charges are still pending. The case is now with the FBI for additional review of civil rights violations.

“None of this information can ease the pain of Atatiana’s family but I hope it shows the community that we take these incidents seriously,” he said.
Dean was hired in August 2017 and commissioned as a licensed officer in April 2018, Kraus said.
Just weeks after the end of the Amber Guyger trial in Dallas, now Fort Worth is reeling from another police involved shooting of a white officer killing an unarmed, Black person inside their home.
Share: