The film premieres on November 28 on Netflix. 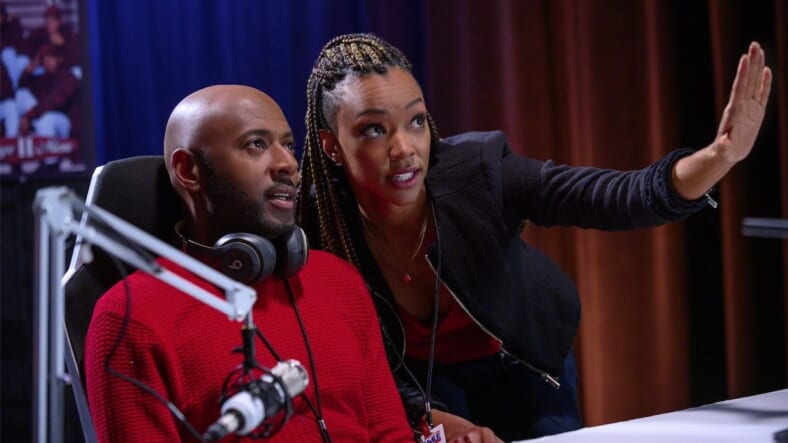 Netflix is gearing up for the premiere of Holiday Rush and we’ve got the first look at the star-studded holiday flick.

Holiday Rush is directed by Leslie Small and produced by Sean Dwyer, Elizabeth Cullen, Julie DiCataldo along with Greg Cope White and will premiere globally on November 28 on the streamer.

In it, a popular radio DJ (Romany Malco) loses his job just as his four spoiled kids hand over their Christmas lists. Through downsizing, the family starts to realize that having less could lead to more good than they ever imagined.

Popular New York radio DJ Rush Williams (Romany Malco) has been spoiling his four children since they lost their mom. Unfortunately, the kids share their pricey Christmas lists right when he loses his job. To keep Rush on the air, his producer Roxy Richardson (Sonequa Martin-Green) and his Aunt Jo (Darlene Love) plan to help him buy another station — if the Williams family can downsize fast and embrace a simpler life. In this heartwarming film, a loving father reconnects with his children and opens his heart to love when they all learn that true joy comes from not what you have but who you have around you.