The alleged suspect in the shooting of Detroit teen and high school honor student Taea Hines, currently remains at large nearly a month after an altercation that stemmed from music. 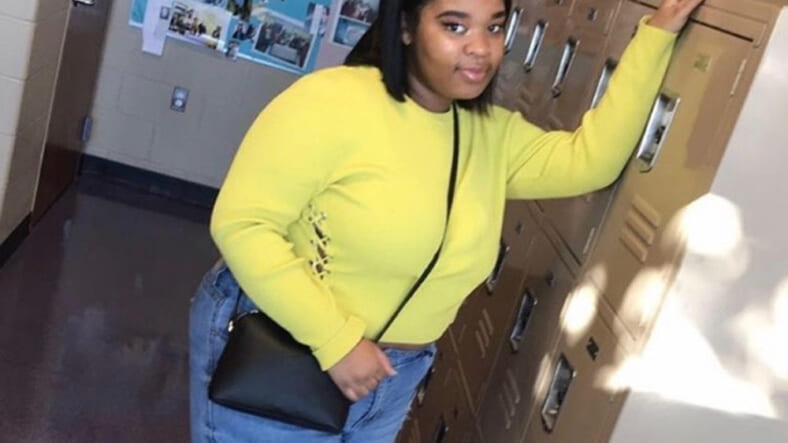 The alleged suspect in the shooting of Detroit teen and high school honor student Taea Hines, currently remains at large nearly a month after an altercation that stemmed from music.

According to Hines’ mother, Shonta Hines, on Nov 3., she and her daughter were being kept awake by the loud music of their next-door neighbor. Upon approaching a woman at the residence, a small altercation ensued between Shonta Hines and the resident, and her 16-year-old daughter came to her aide.

READ MORE: Florida father grapples with death of his mother as 13-year-old son is accused in killing

“The girl is outside the car with her jacket and her shoes off coming at me like she wants to fight,” the mother told FOX 2 News Detroit while detailing the moments leading up to the shooting of her daughter.”In the process, I hear a gunshot. Then I hear my roommate say ‘oh he’s got a gun.’ Then I hear two to three more gunshots and then I hear my daughter say, ‘I think I got hit,’ Hines continued.

The shooting took place around 1:45 a.m. Sunday at apartments on the 9500 block of Vaughan Street on Detroit’s west side.

The horrified mother told the local news outlet that her daughter is a bright student and regular churchgoer. “[An] honor student, she goes to school for cosmetology, she’s a well-rounded child, she’s involved with the church, she has a job,” Shonta described of Taea.

While Hines is expected to make a full recovery, she has already undergone six surgeries in the past month and as a result, has established a Gofundme page to help support.

According to FOX 2 Detroit, the suspect, whose name has not yet been released, was said to have last been seen fleeing the scene in a 2011 Infiniti car, with a driver. He has been described as a 5’5 man, black hair, brown eyes and is 37-years-old. A photo has also been released of the suspect, and police are urging anyone with information to come forward.

Hines’ family told the station that they know the shooter.

Taea Hines, 16, has undergone six surgeries since November 3, the shocking outburst of violence on the young teen has left many in the community stunned.https://t.co/zBbVUybs29

“We’re familiar with him. We see him all the time he is a next-door neighbor to her,” said cousin Ashley Elledge.

If you have information on this incident or know the whereabouts of the suspect, contact Detroit’s 6th Precinct’s Investigative Unit at 313-596-5640 or Crime Stoppers at 1-800-Speak-Up.