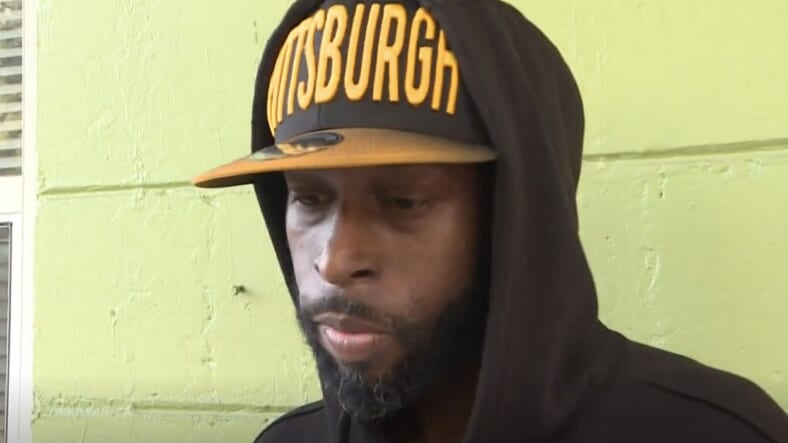 Javarick Henderson Sr., whose sone Javarick Jr., is accused in the stabbing death of his grandmother. (WTSP-TV)

This holiday season is proving to be a tough one for a Florida family after a grandson was arrested for stabbing his grandmother to death.

On Monday, police responded to a 911 call to a St. Petersburg home where the body of 56-year-old Gloria Davis was found with multiple stab wounds. Her 13-year-old grandson Javarick Henderson Jr., was arrested that afternoon, accused of killing her and forcing a family to grieve two losses.

“Everybody knows my mama was a good lady, loving lady,” Javarick Henderson Sr., said of his mother. “I’ve got to deal with my son. I want everybody to know he was a good, good child, also. Never got in trouble, no fights. I don’t know what I’m going to do.”

According to the Tampa Bay Times, Henderson was a middle school student who had no history of disciplinary problems at school or trouble with law enforcement. His young brother, who was present during the stabbing, told investigators that he heard screaming coming from the kitchen and was encouraged by his half-brother not to call 911 because he “did something bad and he needed time to think.” It was unclear whether the boys were spending the night with their grandmother of if they lived there full-time.

As of Thursday, authorities have yet to release a motive for the tragedy that took the life of a beloved grandmother and changed the life of a teenager who had yet to really live. Family members told the Times how much Davis, who worked as a mail carrier for almost 20 years, would be missed.

“She was just beautiful inside and out,” Felicia Kennedy, who said she was Davis’ cousin, remembered. “It’s a shock. It’s just shocking.”

Henderson has been charged with second degree murder and officials are deciding whether they will charge him as an adult or a juvenile.