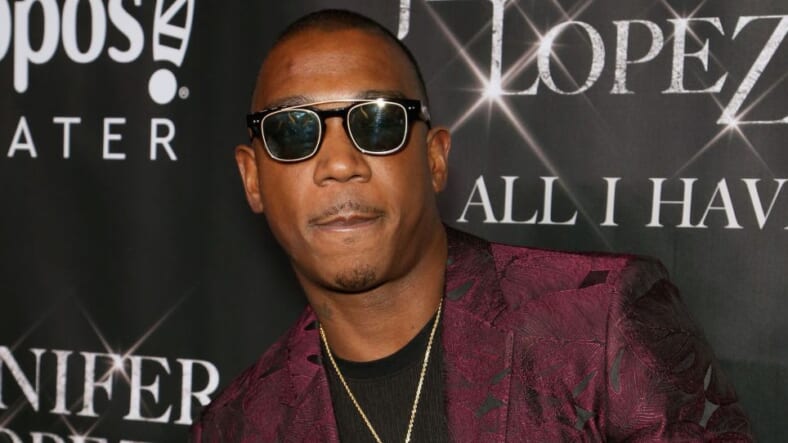 Rapper Ja Rule attends the after party for the finale of the "JENNIFER LOPEZ: ALL I HAVE" residency at MR CHOW at Caesars Palace on September 30, 2018 in Las Vegas, Nevada. (Photo by Gabe Ginsberg/Getty Images)

It looks like Ja Rule is still trying to benefit from the controversy surrounding the Fyre Festival.

The rap artist released his new single called, “Fyre” this week and rebranded the name of the fraudulent festival by changing the meaning of the title to “For Your Real Entertainment,” according to Complex.

Ja Rule posted the announcement on his Instagram with a picture of the song’s artwork. He also gave his followers the opportunity to listen to the song where he explains what actually went down in the Bahamas.

“For Your Real Entertainment…

The track samples instrumentals from Doug E. Fresh and Slick Rick’s legendary song “The Show.” It is accompanied by some interesting lyrics from the rapper.

“The fest—the festival is on fire/We don’t need no water, make that motherfucker hotter,” Rule says in the song. “Hotter than the sun, but it wasn’t that/Show of hands if you got your money back?/Just playing, I got sued for that/100 mil to be exact.”

The Fyre Festival was one of the most talked-about music gatherings of the decade. The 2017 festival scammed thousands of people out of their money for what was supposed to be “a luxury musical festival,” according to NBC News.

He apparently didn’t waste any time to release the song and based on comments under his post, it looks like fans are really liking it.

The rap artist also announced that he is set to release a new album next year.

Grio fam, are you excited to hear new music from Ja Rule?