Teen, who prompted citywide Amber Alert, confesses she staged her own kidnapping

An Amber Alert was issued on Tuesday for Karol Sanchez who was allegedly abducted in front of her mother. 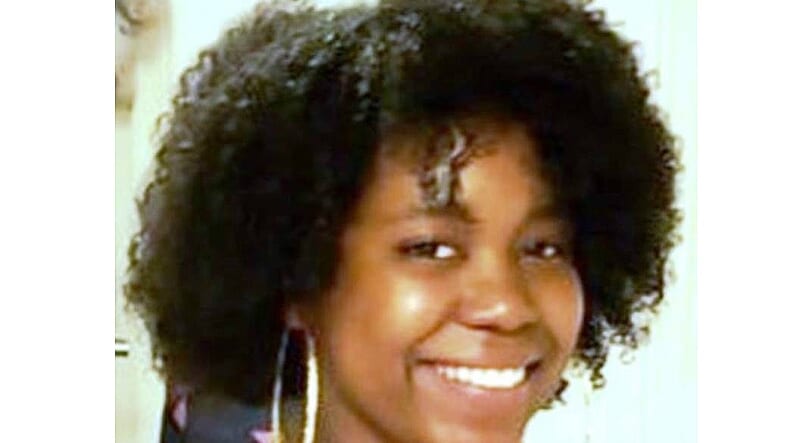 Karol Sanchez, 16, was kidnapped Dec. 16 in Bronx, NY. Police are asking anyone with information to call Crime Stoppers at 1-800-577-TIPS.

According to news outlet, CBS2, sources are now saying that Karol Sanchez, the 16-year old girl who was abducted right in front of her mother in the Bronx, actually stagged the whole incident.

After meeting with NYPD detectives this afternoon and reunited with her family, it is being said that Sanchez confessed to the scheme.

Police have not charged her at this time, but they do want to question the four men who helped Sanchez with the alleged kidnapping as well as various family members to get a better state of her mind.

An Amber Alert was issued this morning throughout all of New York City for Sanchez and posters with her image were flooded in the neighborhood where she went missing. By the afternoon, neighbors were shocked to see Sanchez reappear at the apartment building where she was snatched and immediately contacted police.

So, why did she do it? Sources told CBS2 that Sanchez has been unhappy at home.

Karol Sanchez, the 16-year old teen who was abducted while working with her mother on Monday in the Bronx, has been found alive. Details are slowly emerging of what happened to the young woman once she was abducted by four men and thrown in the back of a tan, four-door sedan.

WABC-TV is reporting that Sanchez and her mother live in Dutchess County, which is 75-miles north of New York City. They were in the Bronx visiting family. Sanchez was dropped off at a park near to where she was abducted and then walked back to the apartment building where she had been staying. Police were then called and told of her return.

Through a grainy surveillance video, you can see Sanchez and her mother holding umbrellas in the rain on Monday night around 11:30 p.m. when two men got out of a car and pulled her inside and then drove off. Her mother was pushed onto the sidewalk as she lost her grip on her child.

She’s alive! Karol Sanchez was just dropped at a park near where she was kidnapped last night, then the 16 yr old walked up street where police were posted. She was reunited w her family. No details on what happened, she appears to be ok, emotional reunion! @abc7ny #abc7ny pic.twitter.com/NusfkJlFV2

An Amber Alert was issued on Tuesday at 10:34 a.m., which may have aided in Sanchez being returned.

There is no immediate motive for her abduction and police have yet to release additional details on the case.

The 16-year-old girl who was seen dragged into a car by a group of men in the Bronx, NY has been found safe and sound on Tuesday afternoon, according to WPIX.

An Amber Alert was issued city-wide with details of her abduction as Karol Sanchez and her mother were walking near their home, per NYPD reports. The pair were approached by a four-door, tan-colored sedan when two men jumped out of the car, grabbed Sanchez and took off in their vehicle. Her mother was left stunned after having been pushed onto the ground.

There are no details at this time whether or not Sanchez, or her mother, knew the men.

WE HAVE A VICTORY TODAY !! Karol has been found !!! Thank you to all who have worked very hard to track down the people involved in this case !!! pic.twitter.com/TYD7IlU49N

New York City police are asking for the public’s help in finding a 16-year-old girl who was kidnapped while walking on a Bronx sidewalk late Monday night.

Karol Sanchez, 16, was walking with her mom when security cameras capture two men as they snatched and dragged her into a beige-colored, four-door sedan, according to NBC News.

Authorities said the incident happened around 11:20 p.m., at 745 Eagle Avenue, in the Melrose section of the Bronx, about one mile east of Yankee Stadium.

“Two unknown males exited the vehicle, grabbed the 16-year-old female, and dragged her inside the vehicle while pushing the victim’s mother to the ground,” the NYPD said in a statement. “The vehicle, also occupied by two additional unknown males, then fled east bound. The mother, left at the scene, was not injured and refused medical attention.”

Now police are turning to the public for help in the hopes that someone saw something. An AMBER Alert has been issued.

?AMBER ALERT: Help us find 16-year-old Karol Sanchez.
Karol was abducted last night at 11:20pm in front of 745 Eagle Avenue, in the Bronx, by 4 male suspects who were driving a 4-door beige sedan. Call 9-1-1 if you seen her.
Call @NYPDTips with any info. pic.twitter.com/2uQnv2MoJQ

NBC News reports that Karol and her mother, who live in Poughquag, a town in Dutchess County about 74 miles north of New York were in the city for a doctor’s appointment on Monday. They were headed to a train station on about a block away from where the incident took place, when the men driving in the tan-colored sedan pulled alongside them and two men quickly got out.

The 36-year-old mom was pushed to the ground in the scuffle. She called 911 as the vehicle pulled off.

“The New York City Police Department is seeking the public’s assistance identifying the following individuals wanted for questioning in connection to a kidnapping incident,” the police statement read.

The New York State AMBER Alert website also stated “the child was taken under circumstances that lead police to believe that they are in imminent danger of serious harm and/or death.”

Sanchez is about 5-foot-5 inches tall and weighs 150 pounds. She has short black hair and brown eyes. The victim was wearing a dark blue short bubble jacket, with a white undershirt, blue jeans, black sneakers, and a white backpack the AMBER Alert site said.

The suspects appear to be in their 20s and wearing dark-colored clothing, according to media outlets.

New York Mayor Bill de Blasio is urging the public to help find Karol and personally promised that this case would be solved.

“To Karol Sanchez’s family and loved ones, know that the NYPD will not rest until she’s found — and her kidnappers are brought to justice,” he tweeted.

Anyone with information is being urged to call Crime Stoppers at 1-800-577-TIPS.