Blacks in the tech space often find themselves alone or with few people of color around them, but platforms like ‘Our Dipper’ are now rising to turn that equation around for Black and Brown faces 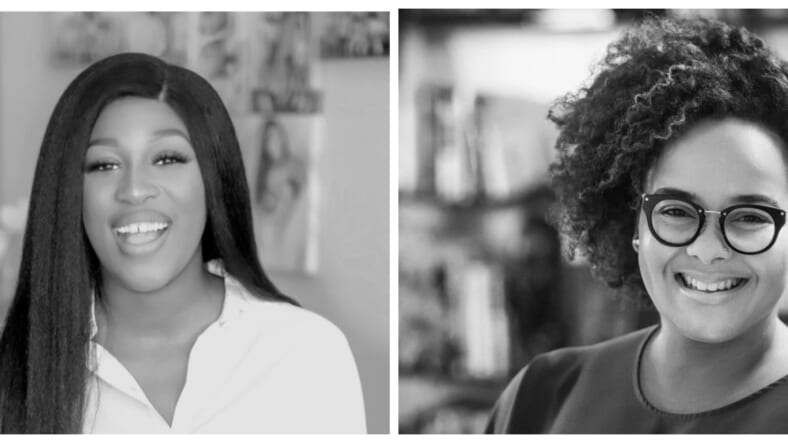 But not so easy is finding Black and Brown faces among the predominantly white E-elites and their coveted workspaces.

According to 2019 data from TechCrunch, Blacks make up less than 10 percent of the workforce at Facebook, Apple, Netflix, Google, Airbnb, Pinterest, Uber, and Slack, with Latinos trailing closely behind or only marginally outpacing their Black peers.

For people of color who dare to forge a career path in tech, despite #SiliconValleySoWhite, the lack of diversity can be intimidating at best and demoralizing at worst.

“I’ve been in the advertising and technology industry for almost ten years. However, I am super lonely in the industry,” Alicia Ray, 30, told theGrio in a recent sitdown. “I am the one and only many times, and it’s very frustrating.”

“There aren’t a lot of Black people in tech,” says WhatsTheMoveNYC app creator Taqee Bond, 28. “But, there’s enough for us to build a foundation now and teach other black people about it.”

“I have been in the tech space for about ten years,” says Ngozi Ogbonna, 39. “During that time, I’ve been usually the only Black woman, if not the only Black person [in an organization.]”

The drumbeat for greater diversity and inclusion is getting louder. In recent years there has been a surge in tech conferences for techies of color.

The Black Is Tech Conference 2020 will convene in New York in April. Leaders from FUBU and Google, as well as Shark Tank star and Scholly app founder Christopher Gray, who has helped students pocket $70 million in college scholarships, are scheduled to attend the conference, now in its second year.

Other sources of support include websites like LinkedIn and Glassdoor, where people of color in tech can gather intel on just how important diversity is to a company before even hitting “apply.”

That’s where Netta Jenkins and Jacinta Mathis saw a niche. The duo, both Black women, became fast friends while working alongside each other at digital media giant IAC in NYC. They recall feeling, well…token.

“I think I was the most senior female person of color in the company, probably,” recalls Mathis, 35.

That idea sparked OurDipper.com (the name is a tribute to Mathis’s love of stargazing), which they launched in July 2019.

“Hundreds of people have shared their feedback and more in this very early stage. And we’re just at the beginning of building a platform where people of color who visit the site can have access to see reviews and insights from other people and then also the job.”

Growing up in Johnston, R.I., helped prepare Jenkins, 32, for the new dot-com venture. After her family immigrated there from Liberia, she experienced waves of racism from her white neighbors and schoolmates.

“I remember coming home and crying about it,” she recalls, “And my mom saying to me, ‘You know, I didn’t bring you into this world to cry about things, I brought you in this world to create change.’ That was the most impactful thing for me.”

“So it’s the same path that I’m on. What’s different is to provide a safe space for our community. To provide safe spaces in the workplace for people—on a global scale.”