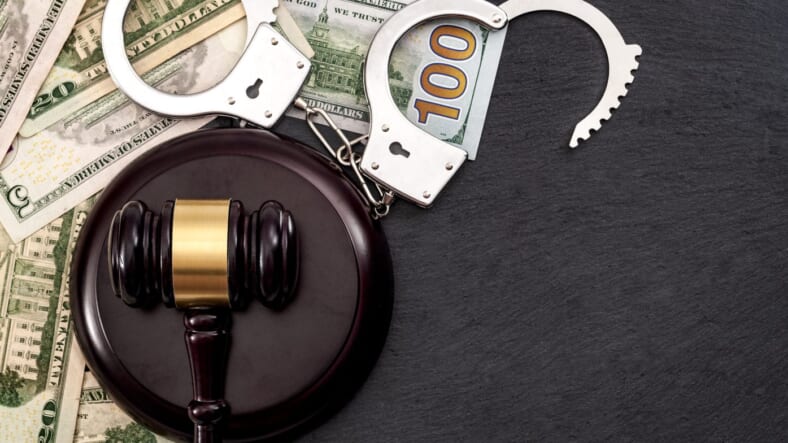 The Florida Supreme Court ruled on Thursday that former felons can’t vote in the state until they have paid all fines, fees and restitution associated with their prior sentences.

The court’s ruling sides with a law signed by Republican Gov. Ron DeSantis that requires the state’s 1.4 million ex-cons to satisfy all outstanding legal financial obligations (LFOs) before they can get approved to vote. DeSantis’ 2019 law came after Florida voters overwhelmingly approved Amendment 4, granting former felons the right to vote in 2018.

In creating his law, DeSantis and the Republican-led legislatures said Amendment 4 wasn’t specific enough and contained language, such as “all terms of sentence,” that needed to be better defined. DeSantis used this wording to sign S.B. 7066 last June, requiring that former felons pay off all outstanding debts associated with their convictions before they can vote, according to CBS News. DeSantis then asked the Supreme Court to rule on the specific “all terms of sentence” language and whether LFOs could be considered a part of a felon’s sentence.

Florida’s Supreme Court ruled that outstanding debts incurred at the time of an inmate’s sentence fall under the phrase.

“The answer to the Governor’s question largely turns on whether ‘all terms of sentence’ encompasses all obligations or only durational periods,” the court wrote in its opinion. “We conclude that the phrase, when read and understood in context, plainly refers to obligations and includes ‘all’ — not some — LFOs imposed in conjunction with an adjudication of guilt.”

I am pleased that @FLCourts confirms that Amendment 4 requires fines, fees & restitution be paid to victims before their voting rights may be restored. Voting is a privilege that should not be taken lightly, and I am obligated to faithfully implement Amendment 4 as it is defined.

Voting rights advocates were infuriated by the court’s decision, and consider it yet another hurdle that former prisoners, who have already paid their debt to society, have to overcome.

“The Florida Supreme Court’s decision is disappointing and cuts the 1.4 million people who voters expressly intended to re-enfranchise almost in half,” Nancy Abudu, the Southern Poverty Law Center’s deputy legal director, told CBS News. “By holding Floridians’ right to vote hostage, the Florida Supreme Court is permitting the unconstitutional modern-day poll tax in SB 7066, and redefining an amendment nearly 65 percent of Florida voters approved of in 2018.”

A lawsuit is currently pending over DeSantis’ SB 7066 law and will not be impacted by this latest ruling, according to the Tampa Bay Times.

“Does this apply to everyone in Florida who owes fines, fees & restitution or only those formerly incarcerated who you need to disenfranchise as part of the Republican strategy for “winning” elections,” Denise Shearin questioned. “Will those who have unpaid court-ordered child support be allowed to vote?”