He is provost of Northwestern University. 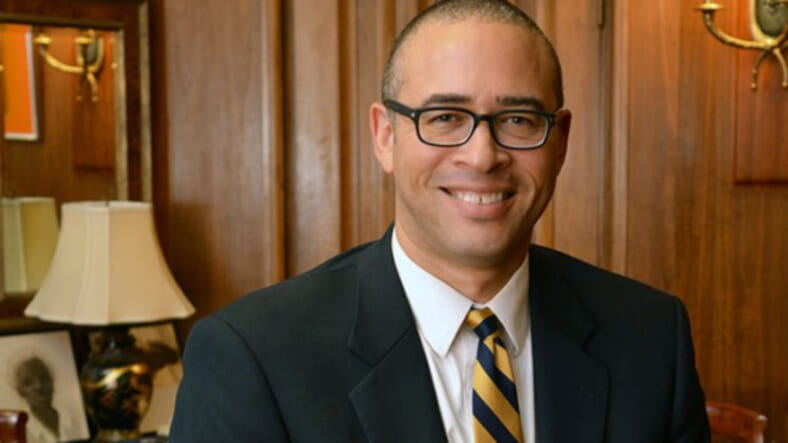 Dory Devlin, a spokeswoman for Rutgers, did not comment on the decision, but said a meeting would take place Tuesday for the election of “an executive-level position,” The New York Times reports.

Holloway, 52, is slated to replace Robert L. Barchi, who is scheduled to step down at the end of the school year. Barchi is credited with increasing student population, creating new facilities and creating a merger between Rutgers and the University of Medicine and Dentistry of New Jersey.

Holloway received a bachelor’s degree with honors in American studies from Stanford University and a Ph.D. in history from Yale University, according to Northwestern’s website. At Stanford, he played football alongside U.S. Senator Cory Booker (D-N.J.), reports NJ.com.

Holloway was selected because of his understanding of both academics and athletics in the Big Ten Conference.

“I believe the board [members] will be over the moon for him,” the anonymous Rutgers official told NJ.com.

Holloway received praise from New Jersey Governor Phil Murphy stating in a tweet he “clearly showed he had the vision & experience to put the needs of students first & lead Rutgers to the next level.”

Holloway was hired as provost at Northwestern University in 2017. Prior to Northwestern, he was dean of Yale College, which is considered one of the most prestigious positions in academia.

Before Holloway, Rutgers had 20 white male presidents. The students and faculty suggested the hire should promote diversity and reflect the student body. Currently, 35 percent of Rutgers students are white, according to NJ.com.