Terry Crews said that America's Got Talent was the most diverse place he had ever worked at and questioned claims otherwise. 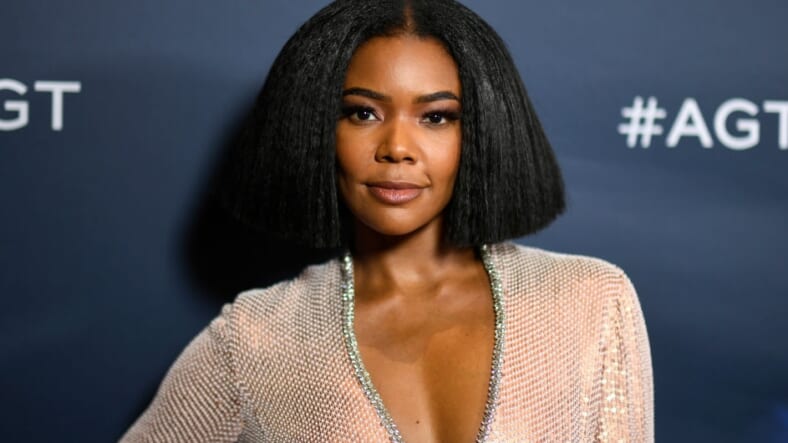 Despite her popularity on the show, Gabrielle Union was not asked to return to America's Got Talent upcoming season. (Photo by Frazer Harrison/Getty Images)

Terry Crews cast doubt on Gabrielle Union‘s claims that she was fired from America’s Got Talent after speaking against the racism and sexism she endured.

During an appearance on the TODAY, Crews insisted that he never witnessed nor was subjected to any racism or discriminatory behavior behind the scenes of AGT in contrast to Union’s statements.

.@TerryCrews speaks out about Gabrielle Union leaving "America's Got Talent," after her claims of a toxic work environment.

"I can't speak for sexism…but I can speak on any racism comments. That was never my experience," he says. pic.twitter.com/XEoxn7gvWP

“That was never my experience. In fact, it was the most diverse place I have ever been in my 20 years of entertainment,” the actor told TODAY. “When you look at what the allegations were about, it was given by an unnamed source. It’s funny because I believe you should listen to women, you should always believe women, so I asked my wife what I should do. She was like, ‘first of all if it’s coming from an unnamed source – because Gabrielle Union has not made any statement to this day about any of these allegations publicly. If she hasn’t made a statement, why would you?'”

Love B. Scott and Variety exclusively reported last November of Union’s firing from the NBC show. Union alleged a hostile work environment where the texture of her hair was criticized and racial jokes were made about contestants. In 2017, Nick Cannon made similar complaints after he left the show and stated, “My soul won’t allow me to be in business with corporations that attempt to frown on freedom of speech, censor artists, and question cultural choices.”

According to Variety, who released the exclusive report of Union’s firing in November, celebrities and supporters rallied behind the actress. NBCUniversal launched “a third-party investigation to look into the accounts of racial insensitivity and a hostile climate for AGT’s women judges.” The results of that investigation are due later this month.

Union broke her silence in regards to Crews’ in a series of tweets. She praised the “multiple witnesses who bravely came forward to let everyone know” that her criticism was true and criticized “those who enthusiastically will throw you under the bus.” The actress had been one of the many to offer the former NFL player support when he alleged that WME agent Adam Venit sexually assaulted him in February 2016 at a party. Crews sued but the complaint was ultimately rejected by the D.A.’s office.

Union continued to challenge Crews’ comments on the show’s overall climate with many people weighing in.

Why anyone would gleefully get up on TV and tell lies that NO ONE disputed… But we already know. https://t.co/8MAfmzSgmI

If Terry Crews wanted to protect his own interests by remaining silent and not supporting Gabrielle Union, it would have merely been unprincipled. But the fact that he actively contradicts her claims —when he could have just said nothing— is deplorable.

Crews has not yet responded to Union’s comments or clarified his.