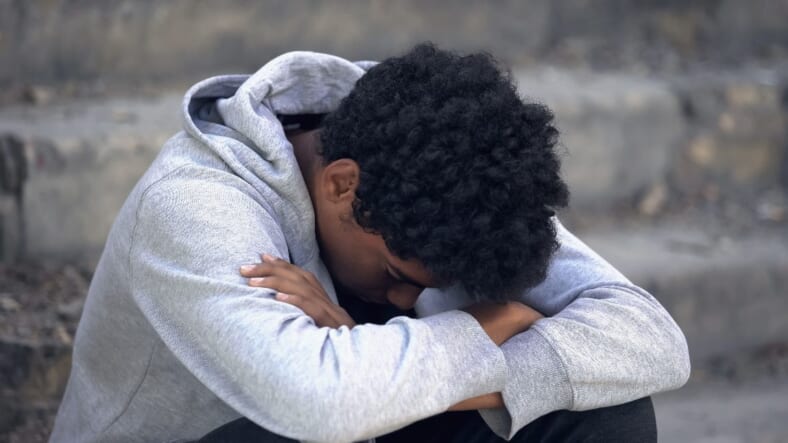 A Black high school student in Clayton, Ohio says he was wrongly suspended from school for reportedly smelling like marijuana although he took two drug tests which both came back negative.

Jordan Evans of Northmont High School said the teacher and principal singled him out when they smelled a whiff of marijuana. Then the principal required Evans to empty his pockets.

“I feel like my principal and teacher could’ve handled it way better because they could’ve asked any other students. They could’ve smelled others, but they picked me,” Evans told Dayton 24/7 Now.

Evans said several staff members smelled him and then searched him.

The teen’s mom, Katina Cottrell, who works as a registered nurse, was called and she said she knew immediately the school had the wrong kid.

Undeterred, the school still suspended Jordan, quoting Northmont’s Code of Conduct that “marijuana on breath or person” is a violation of school code and carries a 10-day suspension with a recommendation of expulsion.

Cottrell now thinks her son could be the victim of racial discrimination. The school has had concerns in the past about relationships between white teachers and Black male students and even hired a diversity coach in 2018 to conduct cultural awareness training to staff members, which focused on Black male students, according to Dayton 24/7 Now.

“The long term goal is to improve what we’re doing with students of color as far as relational things, making sure we aren’t doing things that are subjective and we’re following all protocol,” Equity Fellows Director, Michael Carter, told the news channel about the diversity training.

After the suspension, Dayton247 reached out to Northmont Superintendent, Tony Thomas, and Principal, Theresa Dillon, both of whom reportedly declined to comment. However, the school district sent the news channel a statement: “Northmont High School has adopted a Student Code of Conduct which sets expectations for student behavior and which specifies consequences when misconduct occurs. We provide all students considered for suspension or expulsion an opportunity to speak against possible discipline and to otherwise tell their side of the story. State and federal student privacy laws prevent us from publicly discussing a particular student’s discipline. Therefore we cannot respond.”

Evans says each day away from classes gets him further behind. “I’ve only been gone for five days, but being suspended dropped my grades down tremendously,” the teen said.