The Oscars always invite Black folks to dance and perform but not to, well...win.

Award season 2020 just wrapped with all of entertainment’s best performers and creatives swarming Hollywood for the crowning event of the year: the Oscars. The show, which has been plagued with a bland and super white reputation year after year, always invites Black folks to dance and perform but not to, well…win.

At this point, I have to wonder if the lack of diversity is a tactic to encourage “hate watching,” just so we can tune in for the #OscarsSoWhite punch lines.

Here’s a recap of some of the show’s more colorful moments:

Joaquin Phoenix received universal praise after delivering his BAFTA speech last week calling out systemic racism in the film industry. His advocacy for marginalized folks got him invited to BBQs and Black Greek organization parties all across the country. 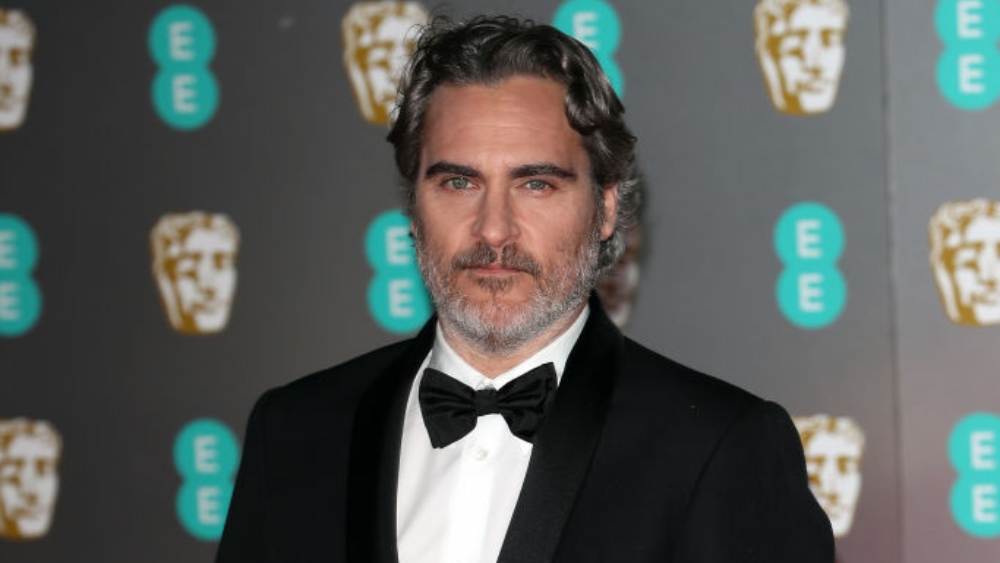 So for his first Oscar-winning speech, it’s no surprise that he tried that sh*t again. This time, “The Joker” star called upon humanity to stop abusing its resources and find innovative solutions to stop the degradation of the planet. For those who may disregard Phoenix as being woke for likes, the 45-year-old has always been this way. He once named himself Leaf (seriously, he did), so his father Earth consciousness should come as no surprise to anyone. 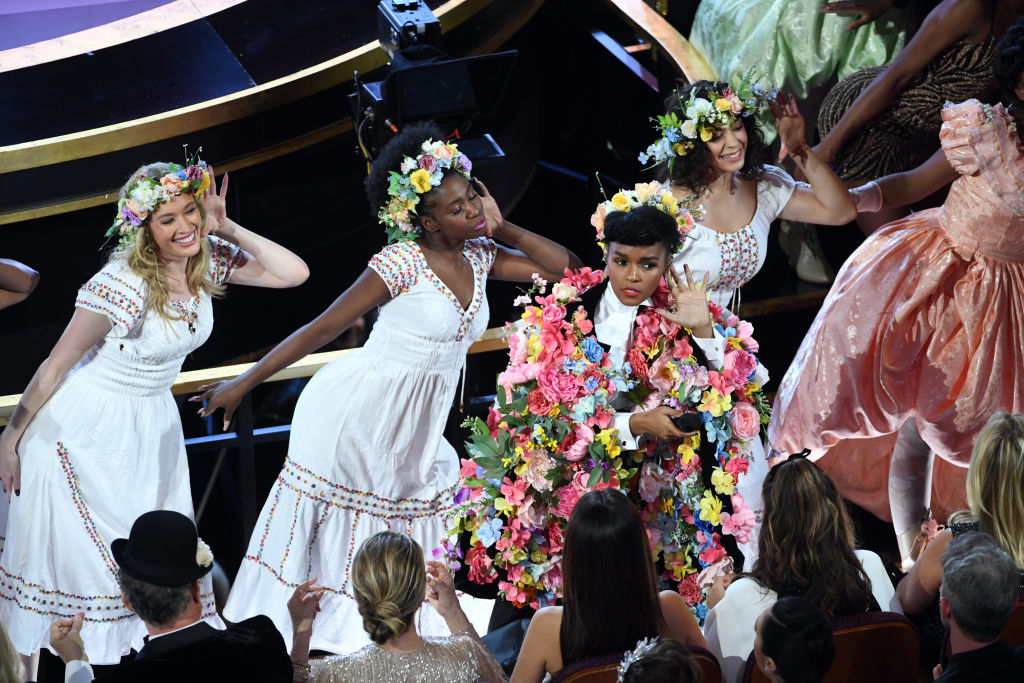 It’s a beautiful day in Janelle’s neighborhood, even if she lives in a house in outer space. Our favorite down-to-mars girl opened up the Oscars in a loud, vibrant showcase, painting white, suburban picket fences everywhere with color.

Giving tribute to TV icon Mr. Rogers, the Wondaland leader soulfully sang “It’s a beautiful day in the neighborhood” to a White audience who couldn’t have been her neighbors just a mere 56 years ago. Yes, we’ve come a long way since the Civil Rights Act of 1964, but by the looks of the Oscar’s crowd, it doesn’t seem that way.

Monae, accompanied by Queen of flash and fanfare, Billy Porter, paid homage to the misfits and outcasts in both Black and Queer spaces—and there was no better time to do that than during Black History month in front of one of the most traditionally whitewashed audiences in entertainment.

Ahhh yes, the rooting for everyone Black moment we were waiting for. Former NFL star Cherry and Rupert won the Oscar for their touching animated short, Hair Love. 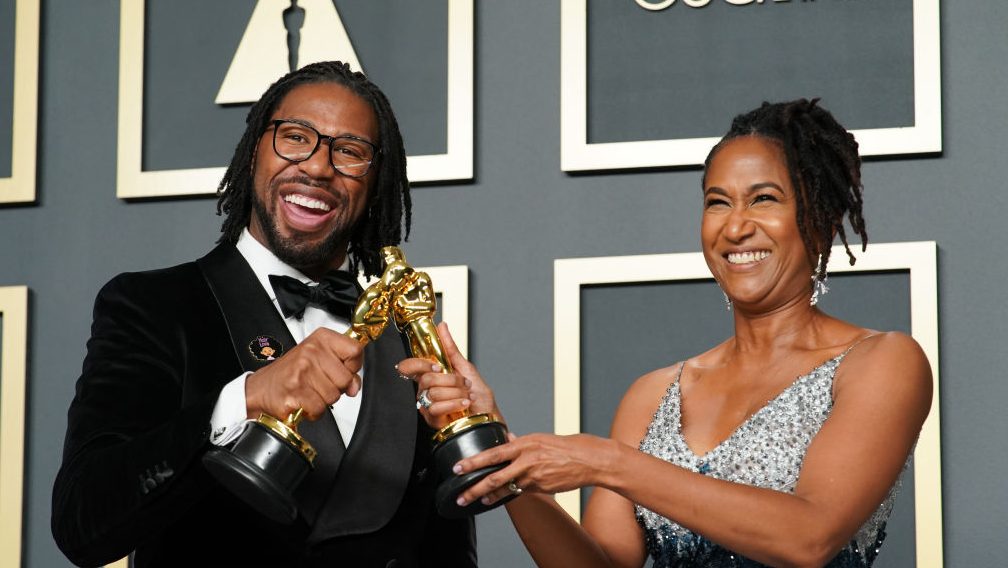 HOLLYWOOD, CALIFORNIA – FEBRUARY 09: (L-R) Matthew A. Cherry and Karen Rupert Toliver, winners of the Animated Short Film award for “Hair Love,” pose in the press room during the 92nd Annual Academy Awards at Hollywood and Highland on February 09, 2020 in Hollywood, California. (Photo by Rachel Luna/Getty Images)

Just a few years ago, actress Zendaya was mocked for rocking locs on the Oscars red carpet, now we have an Oscar winner sporting the same ‘do. What does The Word say? The last shall be first? Hallelujah!

No One Knows Why That Eminem Performance of “Lose Yourself” Happened, And It’s Alright

Look, if you had another shot, another opportunity… Thanks for having me @TheAcademy. Sorry it took me 18 years to get here. pic.twitter.com/CmSw2hmcZo

In a surprising turn of events, a bearded Eminem hopped on stage to perform his hit “Lose Yourself”, the Oscar-winning theme song for the cult-favorite film, 8 Mile.

“Lose Yourself” is a hard song, don’t get me wrong, but the track is still nestled in the bosom of what white America would consider “acceptable rap,” so this performance was a safe bet to add a little urban je ne sais quoi to the mix.

Now if the Academy wanted to change the game, all they had to do was bring out Three-Six Mafia with pimp cups in hand to perform their Oscar-winning single, “It’s Hard Out Here For A Pimp.”  Instead, this bizarre performance fizzled as a nice moment of adolescent, angsty nostalgia, and nothing more.

Actress Cynthia Erivo’s soul-stirring Oscar vocals showed us all why she is just one trophy away from becoming an EGOT. She called upon the voices of the ancestors to join her on stage and shook up White Hollywood with her heavenly choir. 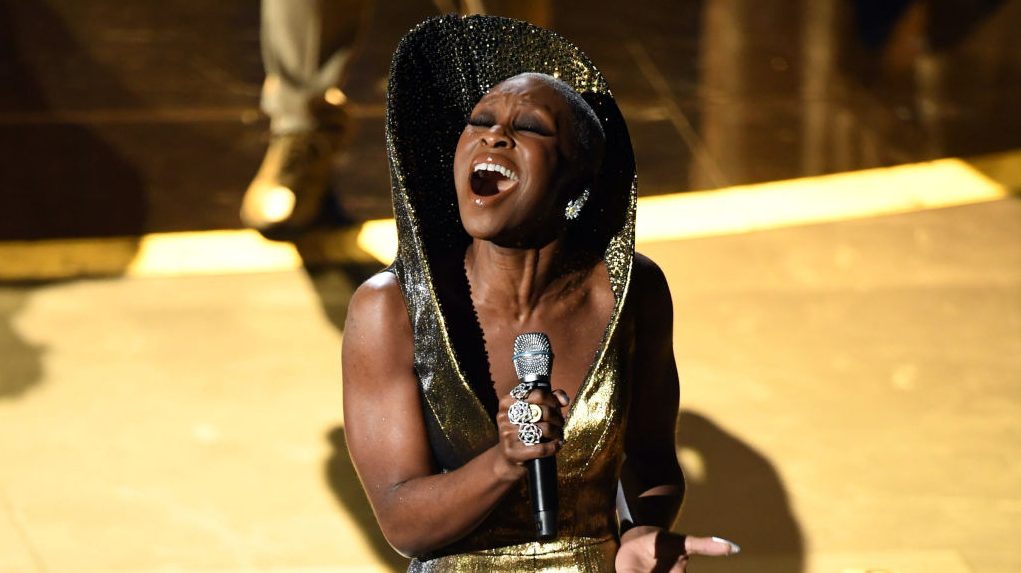 This was a crowning moment for Cynthia, whose award season was shadowed by backlash. Critics protested the British-born star’s portrayal of Harriet Tubman after the Internet pulled up receipts of the Emmy winner once making disparaging comments about African American women online. But last night was her redemption song, reminding everyone that us skinfolk all fought our way through prejudice and discrimination, even if we had different boat stops along the way.

Keyaira Kelly is a writer/poet living and loving in Brooklyn. She is also the host of the podcast, “Talk To Your Mom.” Connect with her on social @keyairakelly on everything.
Share: