The questionable nonprofit got the money for alleged sex trafficking efforts 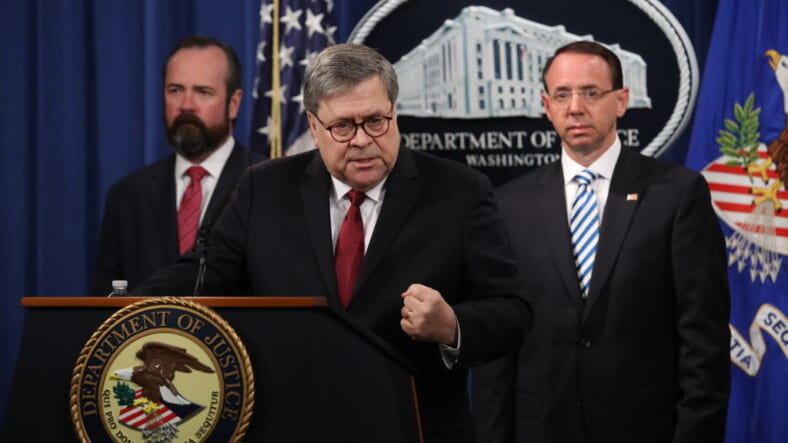 This week Twitter was full of questions after it was revealed that the Department of Justice had opted to award over half a million dollars to an organization called ‘Hookers for Jesus’ while denying funding to more reputable organizations.

According to an exclusive report from Reuters, the US Justice Department’s anti-human trafficking grant program under President Donald Trump and currently overseen by Attorney General William J. Barr, has received complaints after two nonprofits were denied funds. Instead, the money went to less established groups “whose applications were not recommended by career DOJ officials.”

READ MORE: Cyntoia Brown-Long gives her first interview since her release from prison

“The awarding of more than $1 million total to the two groups, Hookers for Jesus in Nevada and the Lincoln Tubman Foundation in South Carolina, has triggered a whistleblower complaint filed by the Justice Department’s employee union to the department’s Inspector General,” reads the report.

Hookers for Jesus is run by Annie Lobert, a born-again Christian who is also a sex trafficking survivor. While it is admirable that the organization runs a safe house to assist those in need, many have taken issue with the way it pushes religious dogma on survivors, arguably taking away their free agency.

$1 million in federal grants split between ‘Hookers for Jesus’ & another unqualified organization headed by former Miss South Carolina who runs it out of her parents’ mansion’s basement.

A whistleblower exposed the corruption and memos strongly advising against funding both. https://t.co/PdfZRjQOtP

Occupants of the house are forbidden from reading “secular magazines” that share worldly views or address topics like lifestyle, sex, clothing, makeup tips, etc. But when asked if her organization is all-inclusive, Lobert replied that they are “not going to discriminate toward anyone.”

To that point, the group’s staff training manual describes homosexuality as immoral and characterizes drug use as “witchcraft.”

One Nevada official who reviewed a state grant in 2018, voiced concerns that Hookers for Jesus treated sex-trafficking victims like “prisoners,” but his hesitance was disregarded.

If you want to go beyond just laughing that “Hookers for Jesus” is trending, you can see that it’s actually quite serious. Funneling federal $$ into evangelical organizations that mandate religious activities for its victims or into Trump’s friends’ organizations is problematic. https://t.co/250WPsgkZV