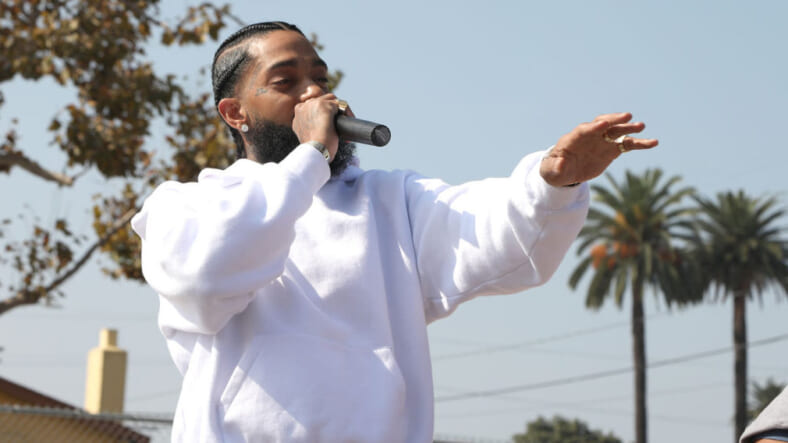 The marathon continues on Netflix.

The streaming giant picked up a feature-length documentary on Nipsey Hussle’s life, produced and directed by Ava DuVernay, after a bidding war with other networks that reportedly include Apple and Amazon. The film is said to have commanded in the high eight figures and will be put out by DuVernay’s ARRAY, a media and arts collective, and Hussle’s Marathon Films, according to Deadline.

READ MORE: Ava DuVernay thanks Critics’ Choice for ‘seeing us’ at awards show

Deadline reports that Nipsey’s estate reached out to DuVernay directly for the documentary based on their love of her work, including 13th and When They See Us. DuVernay also has a new series debuting on OWN called Cherish the Day and the DMZ pilot currently in production for HBO Max starring Rosario Dawson. DuVernay is also currently working on a big-budget theater version of New Gods by Jack Kirby. Part of Warner Bros, DuVernay and Tom King are co-writing the film.

Nipsey film marks DuVernay’s return to documentaries since putting out 13th, which was about mass incarceration and racism throughout the criminal justice system the criminal justice. When They See Us was a limited Netflix series that recounts the stories of the five Black teenagers dubbed the Central Park Five, who were wrongly arrested and convicted of raping a jogger in Central Park.

Hussle’s family is participating in his documentary. Since his death, Hussle has inspired a Puma clothing line and a book club, among other things.