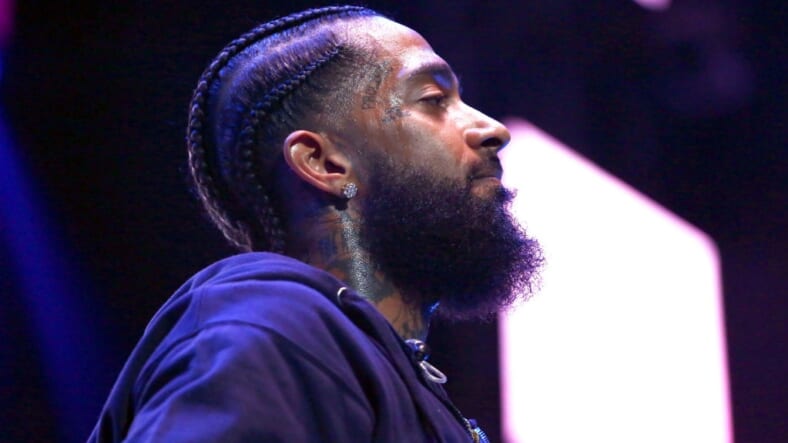 As the first anniversary of his death draws closer, the life, legacy, and music of Nipsey Hussle will be highlighted at the 62nd annual Grammy Awards.

“An activist, entrepreneur and rapper, Nipsey Hussle had a lasting impact on not just his community, but also the culture at large,” explained Ehrlich in a statement.

“There is no denying the influence he had and his legacy will be felt for generations to come,” the statement continued. “We are honored to bring together this amazing group of artists to celebrate Nipsey’s life and pay tribute to his many contributions to music. It’s sure to be a memorable performance.’

In addition to his tribute, the Los Angeles native is also nominated for three posthumous awards, including best rap performance and best rap song for “Racks in the Middle,” and best rap/sung performance for “Higher.”

Both Legend and Hussle were featured in the DJ Khaled’s “Higher”, and the EGOT winner announced the tribute on his personal Twitter account as well, writing, “I’ll be sharing the stage with @KirkFranklin, @DJKhaled, @MeekMill, @RoddyRicch and @YG as we honor @NipseyHussle at this year’s GRAMMY Awards – 1/26 at 8pm ET on @CBS.”

Hussle was only 33 when he was gunned down last March 31, 2019 outside his Marathon Clothing store in South Los Angeles. Two other men were wounded and his alleged killer, 29-year-old Eric Holder, is currently awaiting trial. Holder has been charged with murder, two counts of attempted murder and one count of possession of a firearm by a felon.