It is time to rally behind one or two candidates or the overcrowding is going to permanently shift our chances in beating the most dangerous  president in recent history. 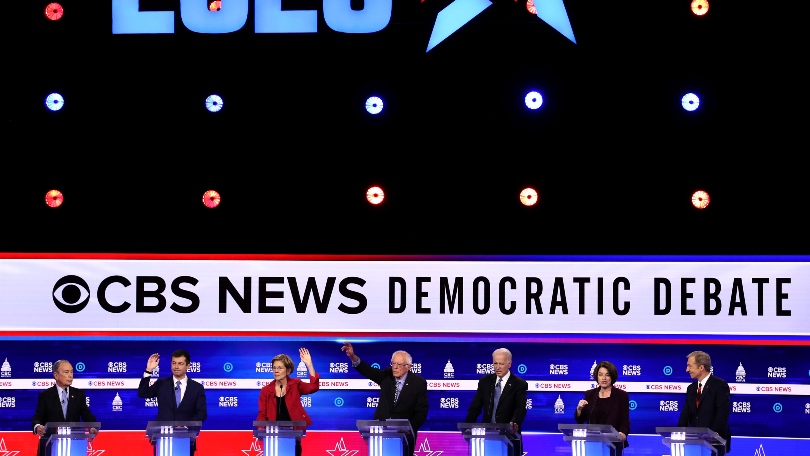 On January 21, 2008, a Democratic Debate was held in Myrtle Beach, South Carolina. Five days later, the South Carolina primary would take place. There were only three people on the stage: Barack Obama, Hillary Clinton and John Edwards.

There were a total of nine candidates who ran for president but by the South Carolina primary, six made the smart decision to suspend their campaign: Delaware Senator Joe Biden, Governor of New Mexico Bill Richardson and other names you  probably wouldn’t remember now.

By January 30, 2008, John Edwards dropped out of the race. Hillary Clinton and Barack Obama would battle it out on Super Tuesday, which was February 5, 2008.

There were no billionaires inserting themselves into the race. Candidates understood if there was no path to win it would be insidious to take up space and voters. As candidates say every election, “This is the most important election of our time.” However, it was. The Bush administration destroyed our economy, the country was on the verge of the worst financial crisis since the Great Depression and we were in an unnecessary war.

Imagine if there were eight candidates to choose from in January of 2008, like there were last night, or if a couple billionaires decided they were entitled to run for office by Super Tuesday 2008. It would have been a political circus.

This is where we are now.

Last night’s South Carolina debate was proof that we are in the middle of the circus. Politics are being reported like it’s the E! Channel and there are candidates who clearly know their time is up but seem to enjoy being in the clown car. Then analysts ruminate that Joe Biden “won,” Sen. Bernie Sanders “stumbled,” or leverage a sexist talking point that Sen. Elizabeth Warren was “too emotional.” Keeping track of every candidate’s gaffe has created chaos and disengagement.

While Nevada’s debate did move the needle, the most-watched debate in history, especially proving Michael Bloomberg was a political hack, last night was an exhaustive shouting match. Candidates repeated the same one-liners and we heard redundant arguments. Voters, especially in South Carolina, deserve more. At any moment, I expected Whoopi Goldberg from The View to jump onstage, ring a bell and shout, “We’re going to break!”

If they cared more about their democracy than themselves, Michael Bloomberg, Tom Steyer, Sen. Amy Klobuchar and Tulsi Gabbard (yeah, she’s still in there) need to drop out of the race immediately.

Bloomberg claimed Sen. Elizabeth Warren bringing up his record, like supporting one of the most heinous Senators in the Trump era, Lindsey Graham, was a sideshow. However, he is the sideshow who has money to burn and clearly knows he is eroding Biden’s base.

Tom Steyer said corporations “bought Washington, D.C.” but he bought his way into this election and even with all of his millions in advertising, he is still polling in the teens.

Sen. Amy Klobuchar has no path to victory and it’s shocking she stayed longer in the race than Sen. Cory Booker and Sen. Kamala Harris. I admire Booker and Harris for saying they exited the race when they realized they couldn’t win. Why waste Americans’ time? Are these candidates this deep in their privileged bubble that they can’t see how this story is going to end?

The South Carolina debate would have been so much more coherent and impactful without the “And I Am Telling You I’m Not Going” crew colonizing the stage. We are not going to love you.

Arguably, Pete Buttigieg has a reason to stay in the debate considering he is the only one who “technically” beat  Bernie Sanders in the first three states. Sen. Elizabeth Warren, who I believe would be a phenomenal president, has one last shot to prove herself in South Carolina. That said, if she fails, her masterful ability to hold the record of other candidates’ accountability was necessary. She certainly assisted in saving the country from the lie of Michael Bloomberg at the Las Vegas, Nevada debate, who would most certainly lose against Trump.

This election is too important for a political pissing contest. It is time to rally behind one or two candidates or the overcrowding is going to permanently shift our chances in beating the most dangerous  president in recent history. If this circus continues, we may lose this election before we reach November.

Clay Cane is a political commentator and the host of “The Clay Cane Show” on SiriusXM. You can follow him on Twitter here.