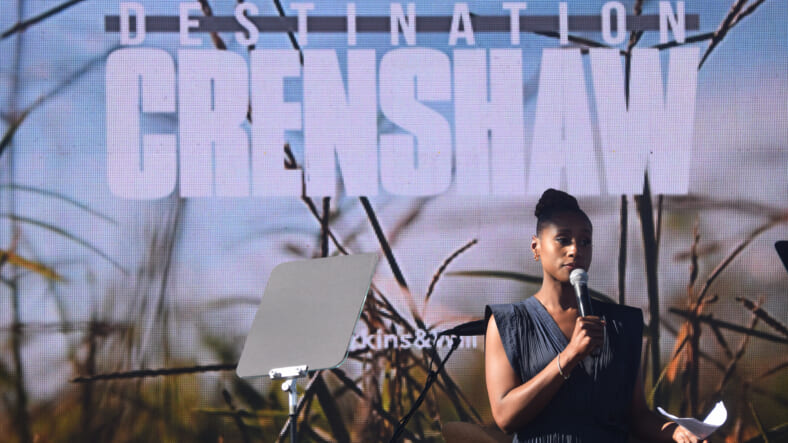 On a sunny afternoon this past Sunday, the Los Angeles community and elected officials gathered on Leimert Boulevard near Vernon Avenue for the ground-breaking ceremony of Destination Crenshaw.

The free event had food trucks, performances and booths for community members to inquire about construction jobs. There was also a ‘Sankofa Super Mall’ of local Black vendors. 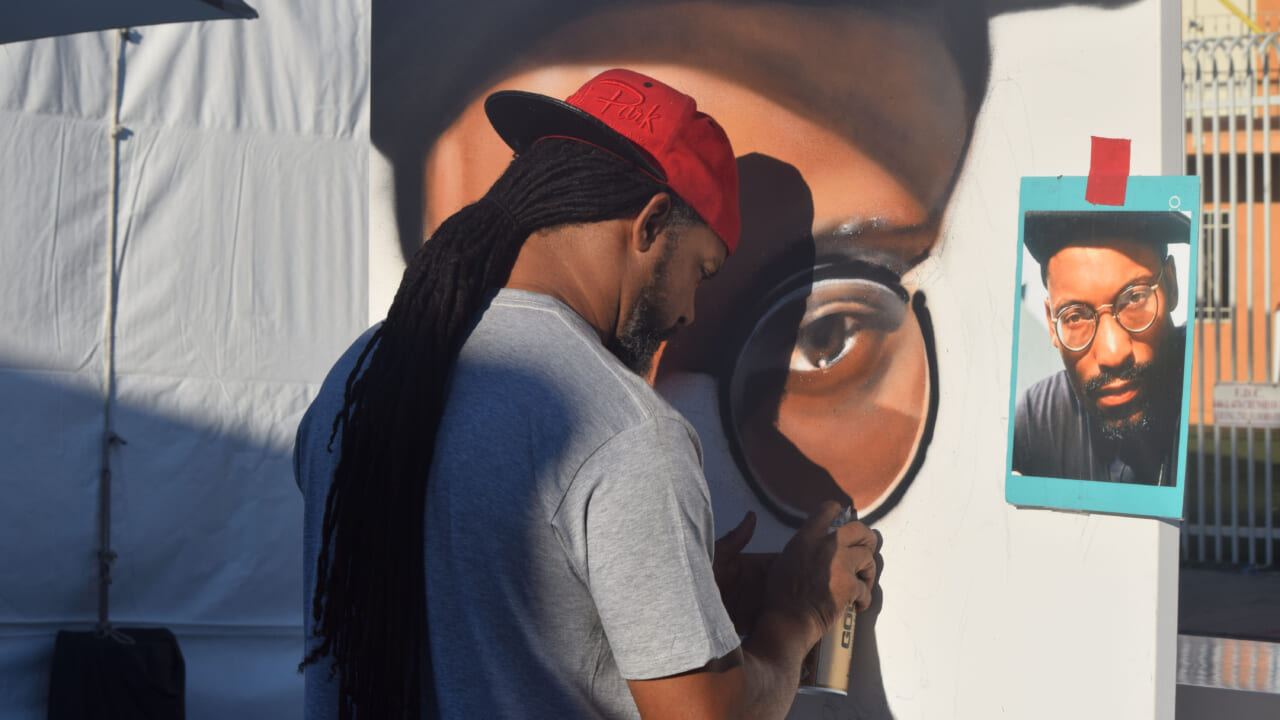 “The experience has been special working with councilmember Marqueece Dawson. The preservation of Black Los Angeles is at the forefront of the conversation,” said Matthew Talley, an organizer with Destination Crenshaw.

The project is proposed as the defense against aggressive gentrification that is happening in L.A at a rapid pace. METRO is currently constructing a billion-dollar train that will go right through the Black community on Crenshaw Boulevard, giving Angelenos easy access to places such as LAX. 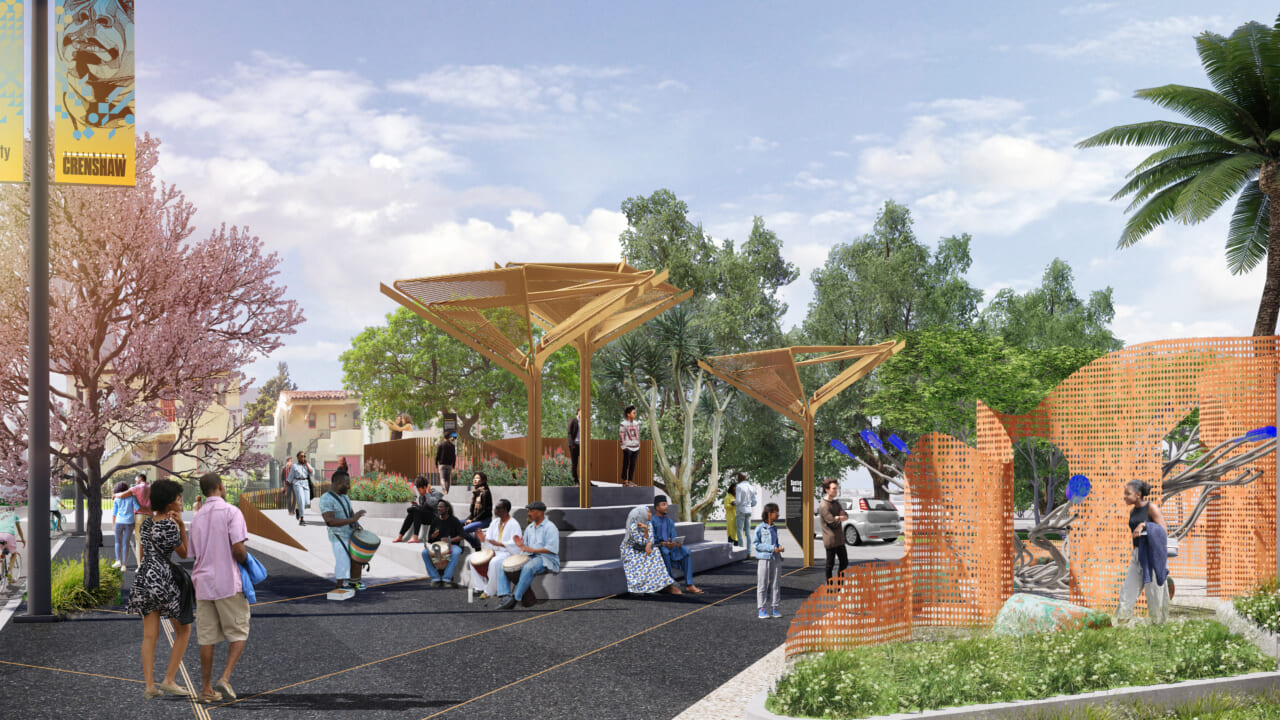 Metro has donated $15 million to Destination Crenshaw and yesterday’s ceremony marked the initial phase of the project which is the construction of Sankofa Park in Leimert.

Zena Howard of Perkins and Will is the lead architect and art curator for Destination Crenshaw. She was previously with the Freelon Group, the largest African-American owned firm in the country before they merged with Perkins and Will in 2014. 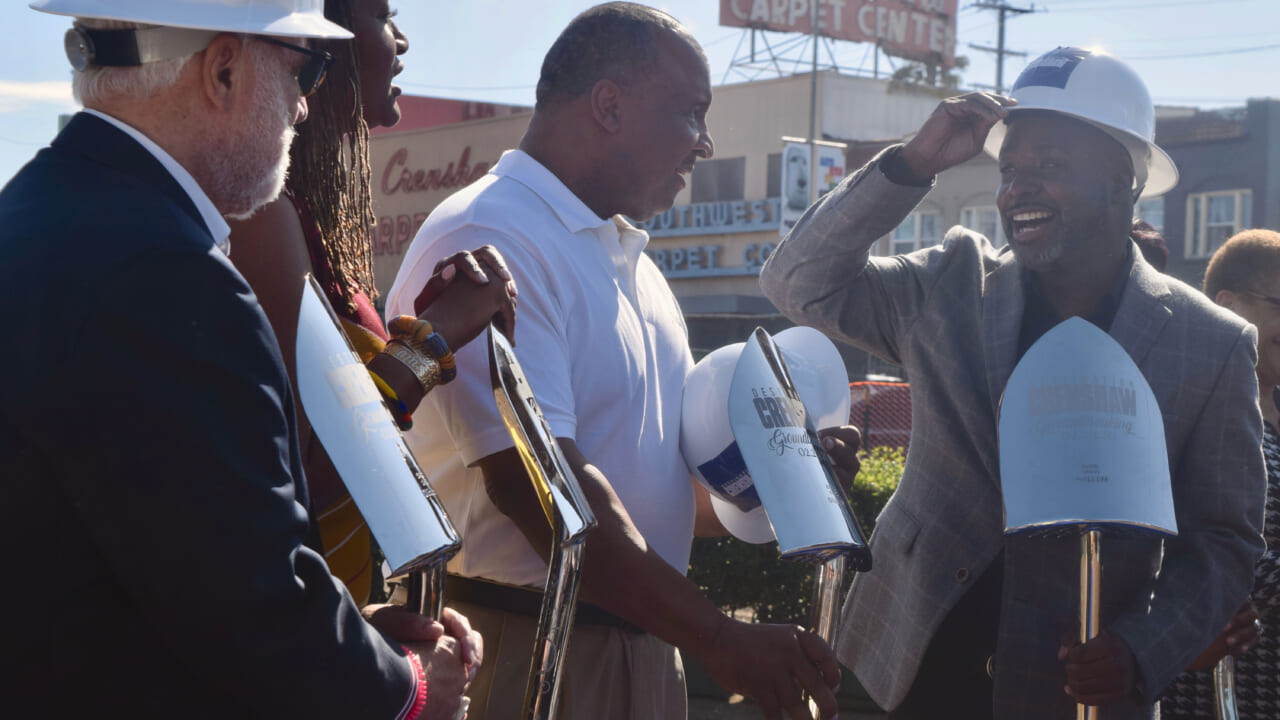 “A part of that [merger] is we kept our cultural practices. We probably do more spaces for African-American and Black spaces than any other firm,” Howard said.

“Today is so significant kicking off the first phase of Sankofa because this is the beginning of the 1.3 miles and the largest park we are doing.”

The central stage featured sounds by DJ Hed of 92.3 The Real as well as performances by Grammy-nominated Jazz artist Terrace Martin, who grew up in the Crenshaw district. Local rapper and fashion designer Six Sev also performed and Adai Lamar of KJLH was MC of the event.

“I know a lot of people are scared of the changes that are happening. But I have been having dreams and visions about this. Just know, things are about to be cracking on Crenshaw,” Martin said during his performance.

Dawson gathered with other well-known Los Angeles politicians, community members and businesspersons at a dirt mound where the construction of Sankofa Park will begin. Smiles and cheers filled the air as people posed for photos.

Actress and Insecure producer, Issa Rae, also delivered a short speech during the ceremony. Rae is a highly-praised figure in Los Angeles as a native of the View Park community.

“This is your community so please, take ownership of it. Make your voices heard, Stake your claim. This land is our land and we are not going anywhere. We are here to stay,” Rae said. 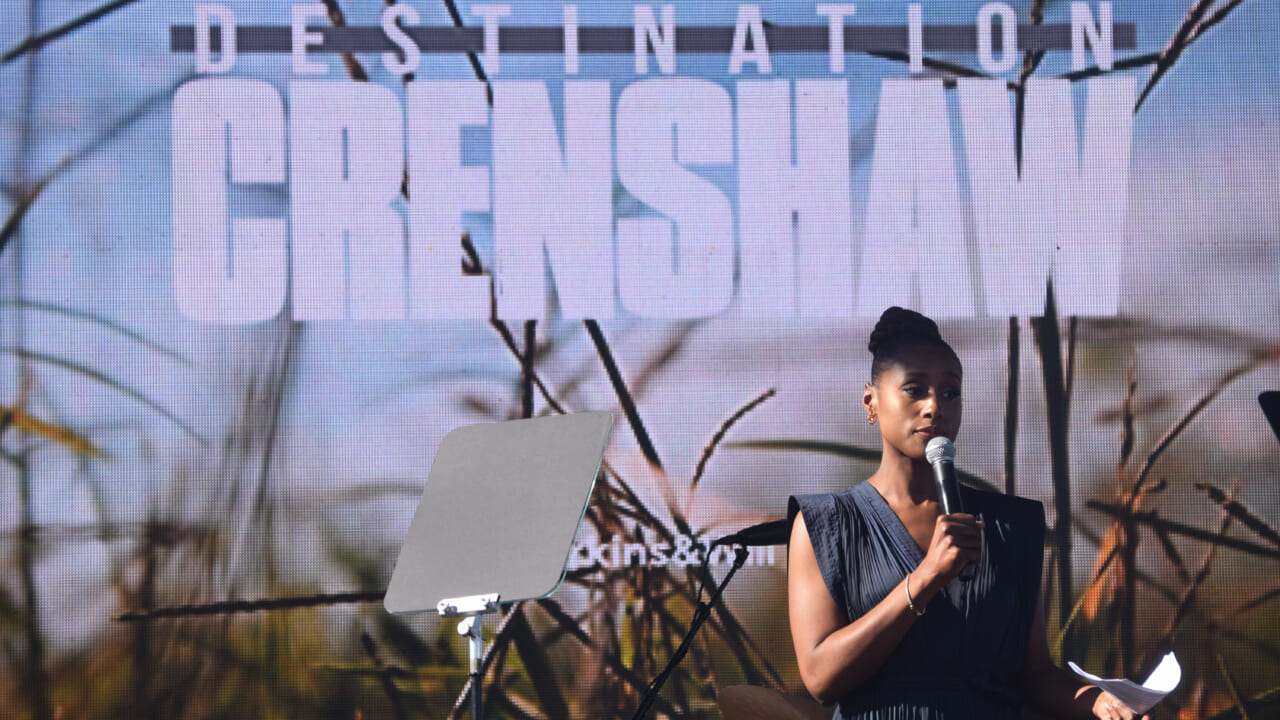 Despite the high level of energy, the absence of Nipsey Hussle was hard to miss. The 33-year-old rapper, real name Ermias Asghedom, was gunned down almost a year ago a mile from where the Destination broke ground.

Nipsey was one of Dawson’s early supporters Destination Crenshaw.

A month before he was killed, Forbes published an article detailing that Hussle was now the owner of the strip-mall parking lot that sits on Slauson and Crenshaw. The new METRO line will stop at this same intersection.

Although there is high anticipation for the completion of Destination Crenshaw, many in the community are skeptical of outside investors being attracted to an area that has seen a lot of disinvestment and crime over the years.

Some members of the community who are critical of Dawson passed out Recall Dawson fliers during the ceremony.

They point to the fact that outside investors have purchased property in his district and proposed to displace residents with little to no pushback from Dawson. The future of 600 residents who live in Dorset Village on Slauson near Crenshaw Boulevard is currently a topic of conversation in the community.

Despite these pushbacks, Dawson continues to push forward with his vision.

“The community owns the Destination Crenshaw project and that’s a focal point we can engage in to preserve this as an African-American neighborhood. This is the street where our art is, where our story is, where the best of who we are in project in a public way,” Dawson expressed.

Dawson said that complaining does nothing and that planning courses of action are the only way to fight back.