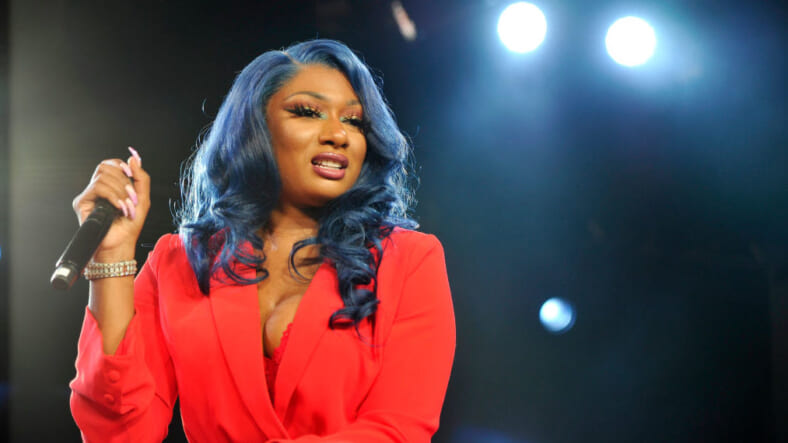 Just when you thought the public dispute between Megan Thee Stallion and record label 1501 Certified Entertainment couldn’t get any nastier, they’ve responded to her lawsuit by taking her to court to stop her from releasing any new music.

Previously, the Houston native made allegations that 1501 was actively blocking her from releasing new music and opted to file a lawsuit seeking to terminate her contract altogether. She also filed a temporary restraining order that allowed the release of new music and documents.

But Wednesday, TMZ reported that she wouldn’t be able to release music after all due to a request for an emergency court hearing. Carl Crawford, CEO of 1505, not only filed a motion to dissolve the temporary restraining order but also argued she had no right even taking them to court in the first place.

Documents obtained by the entertainment news site reveals that Megan’s contract stipulates that any disputes between her and the label must be handled in arbitration. Ironically, this is the same contract she complained about during an Instagram Live session for being one-sided and unfair.

The label is also alleging that the artist is guilty of booking several gigs without authorization and that her plan to release music on March 6th is also without their consent. Crawford’s lawyers argue that even if the 25-year-old wants out of their contract, currently she is still beholden to it and therefore their client is exercising his contractual right to control the distribution of her music.

Despite the demands for a hearing in Harris County, Texas, as of Wednesday afternoon, Megan seemed to be forging ahead with her plans to give her fans a release this week. She even shared a tease of her new project called “Suga”.

READ MORE: Megan Thee Stallion calls out record label for refusing to renegotiate with her