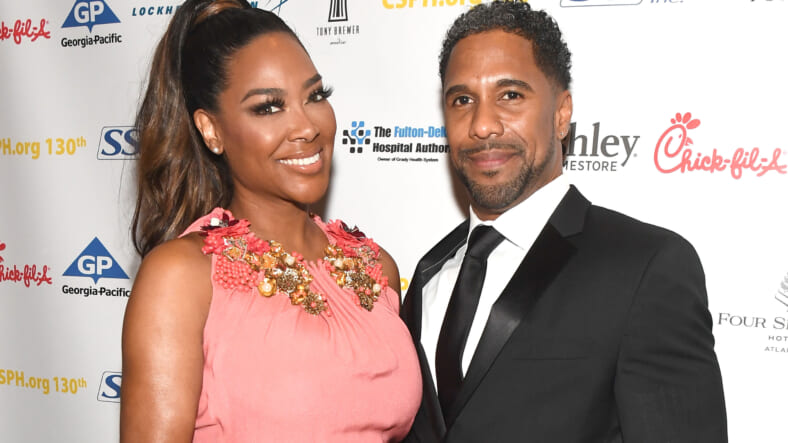 Last September, Kenya Moore revealed to the public that she had separated from husband Marc Daly after only two years of marriage. Now, Real Housewives of Atlanta fans are getting to see with their own eyes all the moments of tension and anguish that led to her decision.

During Sunday’s episode, a visibly distraught Moore told castmates Kandi Burruss and Cynthia Bailey that she never wanted to part ways with her husband.

READ MORE: Kenya Moore opens up about split from husband: “I’m not a fighter”

“He kind of forced my hand,” Moore revealed, going on to explain that her publicist broke the news to her that Daly was planning on making a statement behind her back that he was leaving her. “Everything just happened so fast.”

Moore and Daly presented a united front when they exclusively announced to PEOPLE that they were ending their union last fall. Now fans have pieced together that only a day earlier is when the couple got into a post-party fight following a charity event Daly was throwing.

“We went to the event and he just seemed very irritated the whole time we were there. Not loving, not being nice to me. He was just like, saying little things under his breath. It just seemed everything I was doing was an issue,” Moore said.

“And then, I don’t know what happened, but he ended up getting in the Uber and we took off and he was just like, livid. He was like, ‘I didn’t even want you to come.’ Somehow I ruined his night.”

“Every time he gets mad, he goes in. He goes for my throat,” the actress continued. “It’s like, he can’t stop until he feels like he’s just destroyed me. I’ve seen him angry before, I’ve never seen him angry like that, where we’re that close to each other.”

Allegedly, Daly became so volatile their Uber driver kicked him out of their vehicle.

“It got really out of hand,” she recalled. “And I told him he can’t come back here.”

But perhaps the most shocking detail of Moore’s account was the bombshell that her husband – who often made it seem like she was the problem – had allegedly been sending inappropriate text messages to one of his exes in New York City.

“One of the women was begging him to keep the sex going even though that he was married. … She was like, ‘You make me feel this way, that way, is there any way we can keep this going?’” Moore claimed. “That woman, he still communicates with after I told him, ‘This is inappropriate.’”

“I called the b*tch too, which I regret that I did,” she admitted of her reaction when she discovered the communication had continued. “She answered the phone and I said, ‘You might want to take me off the speakerphone, this is Ms. Marc Daly.’ … And I proceeded to let her know if she came anywhere else near my husband, I know where she lives.”

“We had this big blow out and I’m like, ‘What did I marry? What is going on here?’” Moore reflected. “We had talked about separating and Marc is like, ‘I was wrong for that, I’m sorry.’ And I just said, ‘Okay. That was your one mess-up.’”

This account is in stark contrast to last October when the former beauty queen vehemently denied cheating rumors, stating, “I can tell you I’ve heard a lot of rumors about secret families. I can tell you that’s completely made up; there’s zero truth to that. In terms of infidelity, I’ve had no proof of that. That’s not our issue.”