Nicki Minaj’s husband, Kenneth Petty, has registered as a sex offender in California

Now that the local authorities have dropped the case, Petty waits to see if the Feds will do the same 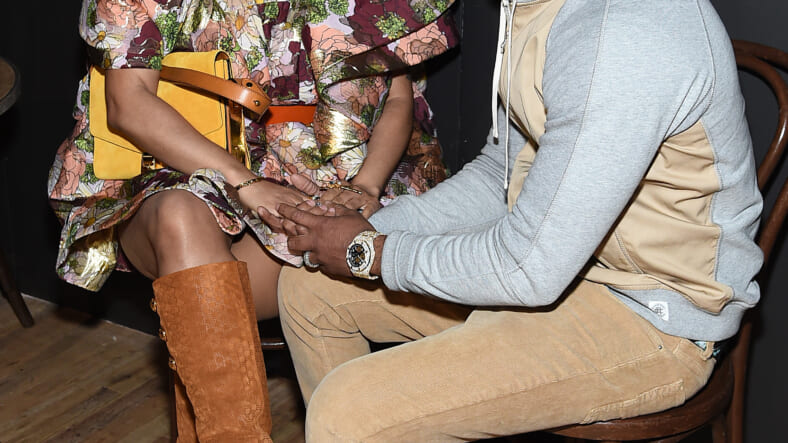 Last week, Petty was arrested on federal charges that he failed to register in California’s Megan’s Law database as a sex offender. The U.S. Marshals confirmed on social media that Petty turned himself in on March 4 in Los Angeles. However, since then, the 41-year-old officially took care of that matter, according to TMZ.

Registering as a sex offender is required of Petty.  In 1995, he was convicted in New York of attempted rape in the first degree. According to Newsweek, he was convicted for attempting to rape a 16-year-old girl. Documents state that he allegedly used a ‘knife/cutting instrument’ in an attempt to coerce her into sex. Thus, Petty is classified as a Level 2 sex offender on the Department of Justice’s website.

25 years later, the punishment of that crime still follows him.

This is why he was slapped with this most recent charge for failing to register as a sex offender, and failing to make good on this particular requirement under the 2006 Sex Offender Registration and Notification Act (SORNA).

Perhaps this is not a matter of forgetfulness or an accident.

According to TMZ, Petty was arrested at a traffic stop in Beverly Hills in last year November. Police noticed he was not registered in California, although he was listed as a sex offender in New York. Authorities then booked him and charged him for this offense.

Fast forward to last Friday, presumably after Petty registered as a sex offender in California, the Los Angeles District Attorney’s office dropped charges against him.

It’s not clear if federal authorities plan to also drop charges against Petty. They arrested him for the same crime. As of right now, Petty will answer the federal charges next month in court, and he will continue to wear an ankle monitor until that case is heard. Another condition of his federal bond is he can’t have any drugs in his system, including weed.

TMZ reported that a Beverly Hills address is listed for Petty in the registry. He is listed as 5’9″ and 170lbs.

According to his sex offender profile, Petty also goes by Avery Johnson, according to WUSA 9.