Biden slams Trump’s coronavirus response during briefing from his home 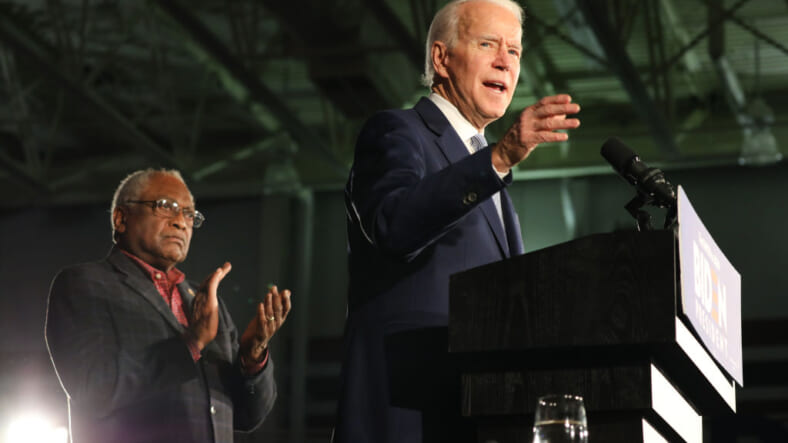 “Trump keeps saying that he’s a wartime president. Well, start to act like one,” Biden said. “To paraphrase a frustrated President Lincoln writing to an inactive General McClellan during the Civil War, ‘if you don’t want to use the army, may I borrow it?”

Biden also used the webcast to tout his own coronavirus plan. Biden’s first shadow briefing was not without some hiccups, however. He stumbled over his notes on occasion and also spoke for a few minutes before he realized he was live.

But Biden’s advisers say he still struck a more presidential tone than Trump, who lashes out at reporters and makes medical assertions that are frequently corrected by actual doctors.

Trump also wields his Twitter page to slam his political opponents and to push his message.

“WE CANNOT LET THE CURE BE WORSE THAN THE PROBLEM ITSELF. AT THE END OF THE 15 DAY PERIOD, WE WILL MAKE A DECISION AS TO WHICH WAY WE WANT TO GO!” Trump tweeted on March 22.

WE CANNOT LET THE CURE BE WORSE THAN THE PROBLEM ITSELF. AT THE END OF THE 15 DAY PERIOD, WE WILL MAKE A DECISION AS TO WHICH WAY WE WANT TO GO!

Trump’s daily White House briefings have been covered by media networks. By comparison, Biden’s webcast was not widely covered, and didn’t include media questions, but was meant to reassure Americans that the presidential hopeful is calmer and more measured than Trump, according to Politico.

Trump’s campaign said Biden’s remarks are “undermining Americans’ confidence in the federal government’s response to a global pandemic and preying upon Americans’ fears,” Politico reported. Trump also said Biden is not placing blame where it belongs – China – and failed to mention the country once in his remarks.

Biden did mention China in his webcast, saying that he urged Trump not to believe President Xi Jingping earlier this year, back when Trump was applauding Jingping’s handling of the virus.

“My point is not simply that the president was wrong. My point is that the mindset, that was slow to recognize the problem in the first place to treat it with the seriousness it deserved, is still too much a part of how the president is addressing the problem,” Biden said.

“Let me be clear. Donald Trump is not to blame for the coronavirus, but he does bear responsibility for our response,” Biden added. “And I along with every American hope he steps up and starts to get this right.”