Gov. Andrew Cuomo thanked the Bajan superstar and her foundation for their efforts as the coronavirus has led to almost 37,000 confirmed cases 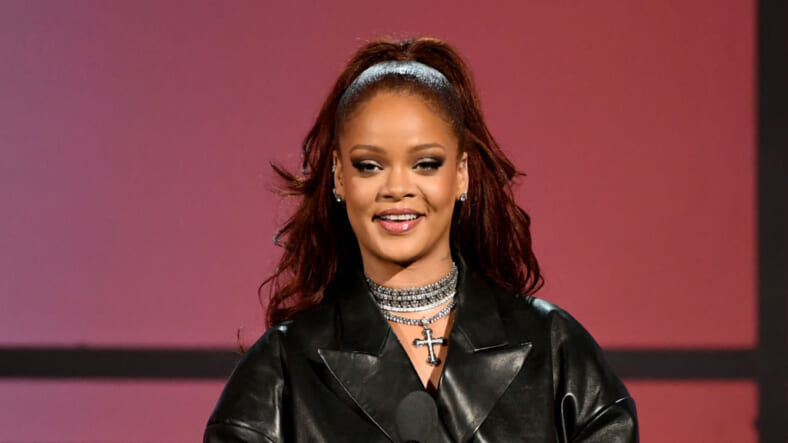 Rihanna is once again proving to be a woman of action as she has donated to the coronavirus relief efforts in New York.

Gov. Andrew Cuomo thanked the Bajan superstar and her foundation for donating personal protective equipment to New York State. There are almost 37,000 confirmed cases and medical personnel need safety gear such as masks, helmets, and gloves.

“I want to thank @rihanna and the Rihanna Foundation for donating Personal Protective Equipment to New York State. We’re so appreciative of your help and that of so many others who have stepped up,” he tweeted as part of a thread outlining the support received.

I want to thank @rihanna and the Rihanna Foundation for donating Personal Protective Equipment to New York State.

We're so appreciative of your help and that of so many others who have stepped up.

Rihanna previously donated $5 million through her Clara Lionel Foundation. Last Saturday, it was announced that the nonprofit organization would provide financial assistance to such groups as Direct Relief, Partners In Health, Feeding America, the International Rescue Committee and World Health Organization’s COVID-19 Solidarity Response Fund. The aid will directly impact those in underserved communities in the United States, the Caribbean, and Africa.

“Never has it been more important or urgent to protect and prepare marginalized and underserved communities — those who will be hit hardest by this pandemic,” said Justine Lucas, Executive Director of the Clara Lionel Foundation, in a statement.

Cuomo also recognized Niagara Water for bottles of water, AmnealPharma for Hydroxychloroquine, NBCUniversal for medical supplies and PPE and other organizations that have stood in the gap as New York becomes overwhelmed by COVID-19. The state has become the epicenter of the health pandemic as 100,000 people have been tested according to the governor.

Cuomo stated that the special closeness made the state particularly vulnerable. On Thursday, he elaborated that 25% of all testing that’s taken place nationwide occurred in New York.

The aid by Rihanna and others will help to make a dent in the pandemic that has engulfed the country as there are 75,000 cases of people who have tested positive. It has officially surpassed Italy as the nation with the most inflicted.