Who should Joe Biden pick as his VP running mate? (Hint, it should be a Black woman)

OPINION: If Biden should choose a Black woman, that selection may motivate Black folks to the polls. 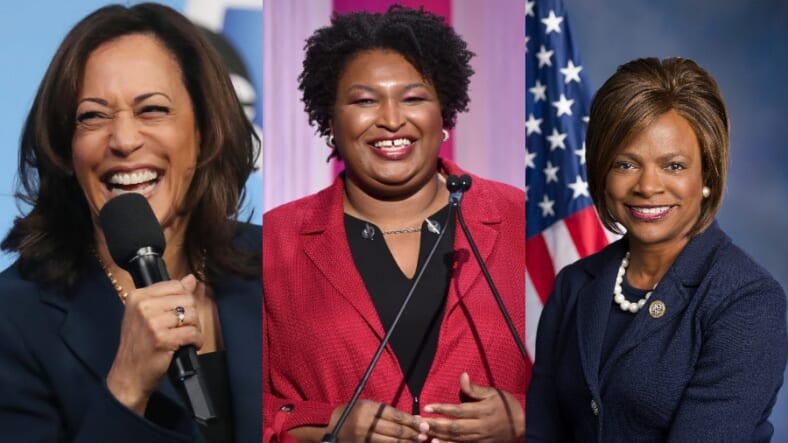 Vice President Joe Biden has reemerged from his basement after going missing in action for a few days (apparently he was making YouTube videos), leaving Democrats to wonder what their presumptive nominee was up to.

It’s been reported that Biden had a long conversation with former President Barack Obama this past weekend about the road ahead. Biden has already pledged to choose a woman as his vice-presidential running mate.

If Biden should choose a Black woman, that selection may not only to motivate Black folks to the polls, but it would also signal recognition and a sense of gratitude to Black women for being the most faithful stalwarts of the Democratic party, for better or for worse.

When it comes to who that Black woman VP pick is, there’s a short running list with names that won’t surprise you.  But when it comes to why Biden should pick her, there are quite a few different ways this can go… So I asked some of my brilliant academic colleagues to break down the art and science of picking a VP.

“Joe Biden should nominate Stacey Abrams as his running mate. She brings judgment, longterm experience and an innovative framework to politics. She was elected to the Georgia General Assembly from 2007 to 2017, where she worked on tax and legal questions, and in 2011 became leader of the Democratic caucus in the Georgia House of Representatives, and then created Fair Fight ‘a political action committee dedicated to making sure elections are fair and secure.’ 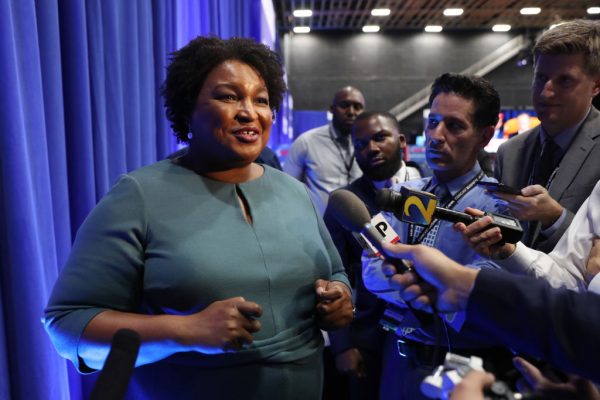 ATLANTA, GEORGIA – NOVEMBER 20: Democratic politician Stacey Abrams speaks to the media before the Democratic Presidential Debate at Tyler Perry Studios November 20, 2019 in Atlanta, Georgia. Ten Democratic presidential hopefuls were chosen from the larger field of candidates to participate in the debate hosted by MSNBC and The Washington Post. (Photo by Joe Raedle/Getty Images)

These examples suggest Stacy Abrams would be a tremendous advantage to a Democratic Presidential candidate Biden, in her campaigning, and in her voter mobilization, but more importantly after the election, in her role as Vice President of the US, and as President of the Senate.

She would bring her skilled legislative experiences in the Georgia Legislature to the Senate where it will be sorely needed, whether Mitch McConnell remains Majority Leader or not.”

Dianne Pinderhughes, PhD, Presidential Faculty Fellow, and Professor in the Department of Africana Studies and the Department of Political Science, University of Notre Dame. Author of Uneven Roads: An Introduction to US Racial and Ethnic Politics

“I think Biden should try to get Stacey Abrams for a couple of reasons: 1) she will be able to galvanize young voters and create excitement almost akin to Obama, 2) she has a very strong mobilization practice, 3) she is younger and her youth can benefit Biden 4) she is more moderate than Warren or Sanders and 5) she is a woman which could bring in more progressive voters.

However, I am a very pessimistic political analyst and in our current racial climate choosing her may result in racial backlash and mobilize more trump supporters. Another potential nominee would be Beto O’Rourke for similar reasons as Abrams (youth, policies, mobilization, excitement, etc). I think O’Rourke may be the safer choice for Biden.”

Read More: President Donald Trump is impeached by the House of Representatives

“Joe Biden has a myriad of policy savvy, politically astute, and electorally successful Black women to select from for his pick for the Democratic vice presidential nominee. The argument against naming a Black woman VP is not ‘if she qualified’ or ‘is she vetted?’ Instead, our questions should be around America’s readiness to vote for a qualified Black woman on the Democratic ticket.

WASHINGTON, DC – MAY 03: Rep. Val Demings (D-FL) speaks during a press conference on gun safety on Capitol Hill on May 3, 2017 in Washington, DC. (Photo by Zach Gibson/Getty Images)

From Stacey Abrams (my choice) to Kamala Harris or perhaps Marcia Fudge or Val Demings, Biden has an embarrassment of riches to select from. However, if American voters rely more on racialized and gender tropes to assess Biden’s choice than her skill set, we will further see the manifestations of White hetero-patriarchy, racism and sexism on display. We can hope that isn’t the case.”

“Sen. Harris (D-CA) has proven she can win in high-profile elections in a state that is not even a plurality Black.  Sen. Harris also identifies as Black and Indian American, which are reliably Democratic voting blocs.  Fortunately, or unfortunately, Sen. Harris had to drop out of the race before she was able to compete, we don’t know a lot about what she is able to add to the ticket. 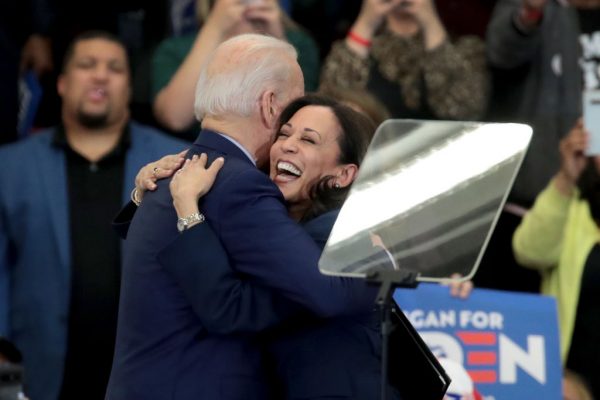 But we do know that she didn’t stay in the primary race long enough to embarrass herself or face too many attacks that left her bloodied.  While she is not that ideologically different from Joe Biden and California already votes blue, representation matters.  And in uncertain times such as these, Biden needs a Dame Dash to his Jay-Z.  This will be our first post-Trump election and this means no more politics as usual.

All the things that used to determine VP selection (i.e. geographic diversity; ideological diversity; excitement; delivery of state delegates) are out the window.  While we know Sen. Harris isn’t Biden’s only choice, she is his best choice.”

“Joe Biden’s running mate should be a Black woman for at least two reasons. First, Democrats should have learned from the 2016 Presidential election that turnout numbers among Black populations are as important as the percentages of Black people supporting the Democratic Party. I strongly believe that turnout numbers could resemble the Obama-era with the addition of a Black woman to the ticket.

Second, Biden’s victory in South Carolina—and the ensuing consolidation of support behind his nomination—is a direct result of support from Black voters. If politics is give-and-take, then Biden owes the Black community something big and historic. I think “[insert name of Black woman], Vice President of the United States” has a nice ring to it.”

Keneshia Grant, PhD, Assistant Professor, Department of Political Science, Howard University. Author of The Great Migration and the Democratic Party: Black Voters and the Realignment of American Politics in the 20th Century

“[Biden] will find a charismatic and moderate white woman (i.e., not Warren) who he believes can pick up votes in the many Southern & Midwest states that he didn’t campaign in just like Hillary didn’t. It’ll probably be somebody in the same vein as Klobuchar. It’ll be the blandest administration in a while, folks will praise it for not causing much fuss for 8 years.”

Christina M. Greer is an Associate Professor of Political Science at Fordham University and the Political Editor at theGrio.com. Follow @Dr_CMGreer for the latest political updates.