“We are at the beginning of a period of sacrifice," Governor Ralph Northam said during a press conference in which the announcement was made. "This is an unprecedented and difficult time." 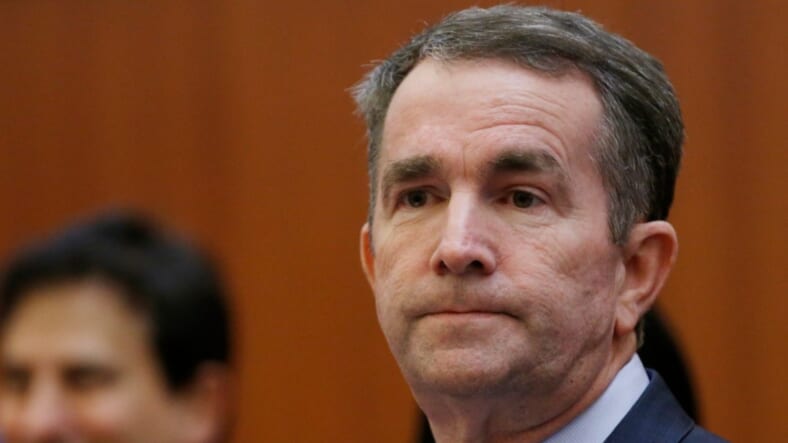 Virginia Gov. Ralph Northam prepares to address a press conference at the Capitol in Richmond, Va., Thursday, Jan. 31, 2019. Northam made a statement and answered questions about the late term abortion bill that was killed in committee. (AP Photo/Steve Helber)

Some Virginia residents have apparently not been taking the nationwide quarantine guidelines seriously enough due to the coronavirus, and as a result, the state has now announced that it’s stay-at-home order that will extend to June 10.

Monday, Virginians were in an uproar after being notified of the extension, causing “June 10th” to even begin trending on Twitter.

“We are at the beginning of a period of sacrifice,” Governor Ralph Northam said during a press conference in which the announcement was made. “This is an unprecedented and difficult time; it will be hard for people, and I understand that. But I have faith in you as Virginians. We need everyone to take this seriously and act responsibly.”

“I want to be clear: Do not go out unless you need to go out. This is very different than wanting to go out,” he warned.

BREAKING: @GovernorVA issues “Stay at Home” order. This makes most of the suggestions from his office official now. He’s also ordering beaches and campgrounds to close. There will be some enforcement but local police won’t have broad arresting powers. @NBC12 pic.twitter.com/A9Ayc0jYAY

Northam also pointed out that “some of our beaches and other recreational areas were literally packed” over the weekend, and warned that, “everyone who is gathering in a crowd is putting themselves and others at risk.”

According to the National Review, “Hours earlier, Maryland Governor Larry Hogan announced a similar “unprecedented” order. It requires residents to stay home except for essential trips such as grocery shopping or obtaining medical care.

The order goes into effect at 8 p.m. on Monday and will remain active until the state of emergency is over. Violators can be charged with a misdemeanor offense with penalties up to a year in jail or a $5,000 fine.

In Virginia, violators can be punished by up to a year in jail and a $2,500 fine.

Everyone in Virginia on June Eleventh heading over to the homes of the people who went to the beaches during the weekend and forcing their governor to make the quarantine lockdown till June Tenth pic.twitter.com/31M3vavBHU