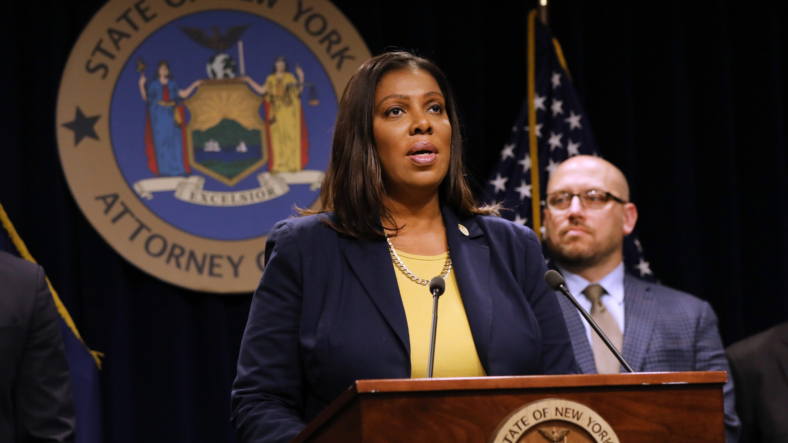 New York Attorney General Letitia James is considering “all legal options” against Amazon for firing a Staten Island warehouse employee who had protested that the company was failing to clean the workplace even after some employees tested positive for COVID-19.

Chris Smalls, who organized the protest, along with other employees walked out of work on Monday and formed a picket line outside the Amazon fulfillment center in Staten Island. In addition to the uncleaned worksite, Smalls accused Amazon of being dishonest about the actual number of employees who have the virus. Smalls told ABC News that management only confirmed one worker at the warehouse tested positive.

“That’s a bold face lie because I sent home the third case directly,” Smalls told ABC, claiming to know about seven positive cases at the warehouse where more than 4,000 people work. “People are afraid to work. People are there working and they’re putting their lives at risk because there are a number of (coronavirus) cases that they are not aware of.”

Amazon says Smalls was fired because he didn’t practice social distancing guidelines and refused to self-isolate from his co-workers even though he was in contact with a worker who has the disease.

James wasn’t buying it. She tweeted: “In the midst of a pandemic, Chris Smalls & his colleagues bravely protested the lack of precautions that @amazon employed to protect them from #COVID19. Then he was fired.”

In this midst of a pandemic, Chris Smalls & his colleagues bravely protested the lack of precautions that @amazon employed to protect them from #COVID19. Then he was fired.

I’m considering all legal options & calling on the NLRB to investigate.

Amazon, this is disgraceful. https://t.co/Cgu09LmwHL

“I’m considering all legal options & calling on the NLRB (National Labor Relations Board) to investigate. Amazon, this is disgraceful,” she tweeted.

On her website, James added that New York law protects workers’ right to organize and any company that retaliates against a worker for protested “is strictly prohibited.”

“At a time when so many New Yorkers are struggling and are deeply concerned about their safety, this action was also immoral and inhumane,” James wrote.

Smalls issued a statement after he was fired.

“I am outraged and disappointed, but I’m not shocked,” he said.

Amazon also released a statement to Newsweek saying Smalls was fired for ignoring “multiple warnings” about social distancing and repeatedly coming into contact with an infected colleague.

“He was also found to have had close contact with a diagnosed associate with a confirmed case of COVID-19 and was asked to remain home with pay for 14 days, which is a measure we’re taking at sites around the world. Despite that instruction to stay home with pay, he came onsite today, March 30, further putting the teams at risk,” the Amazon statement reads. “This is unacceptable and we have terminated his employment as a result of these multiple safety issues.”