Amid the global coronavirus outbreak, Shenzhen officials banned wildlife consumption and took it even further when authorities added dogs and cats to the prohibited food list. The virus is believed to have started in Wuhan, China and is linked to the consumption of wildlife meat, such as bats and snakes.

The new law in Shenzhen, which also bans turtles and frogs, will take effect on May 1, the BBC reported. 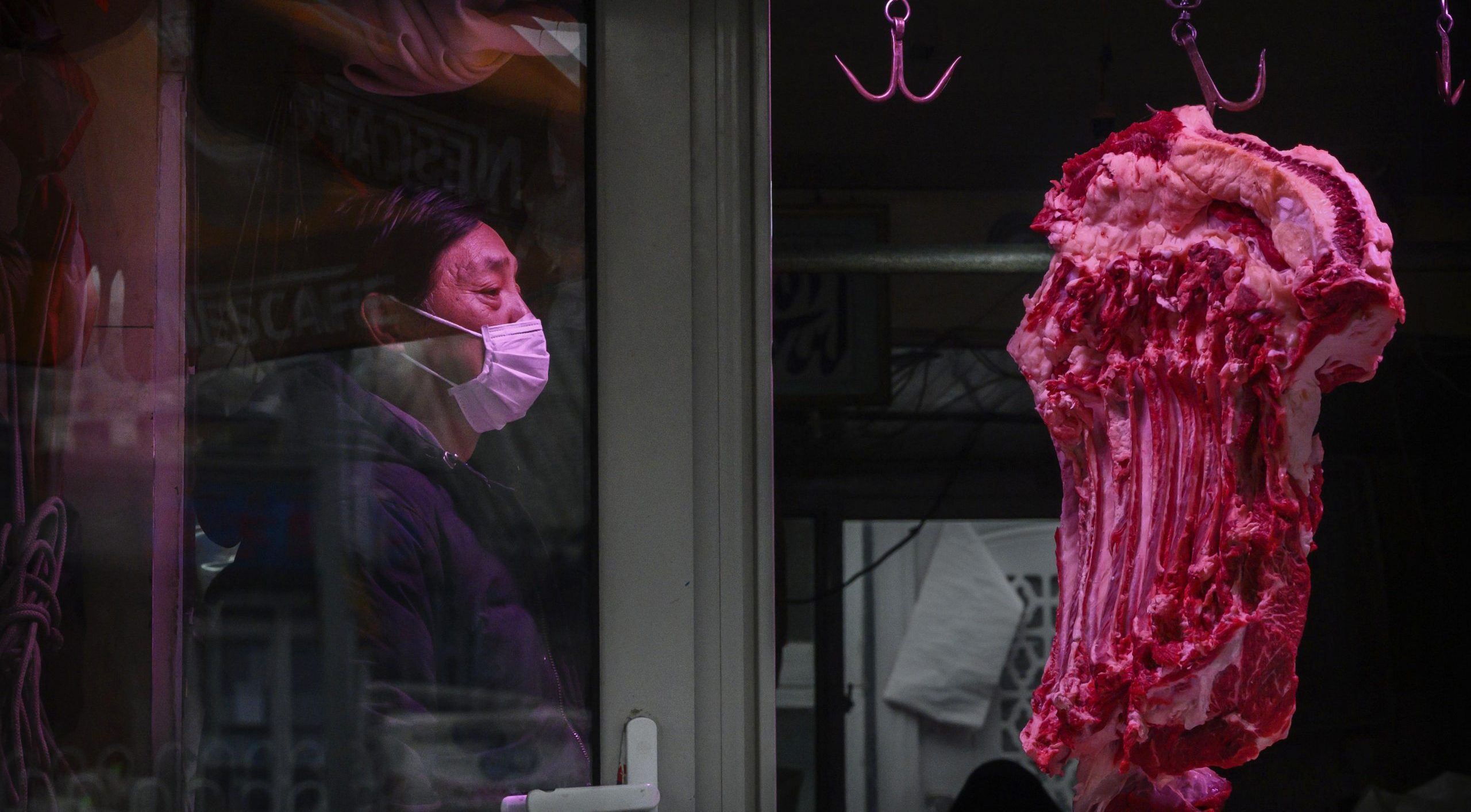 A Chinese butcher wears a protective mask as he waits for customers at his shop on February 20, 2020 in Beijing, China. (Photo by Kevin Frayer/Getty Images)

“Dogs and cats as pets have established a much closer relationship with humans than all other animals, and banning the consumption of dogs and cats and other pets is a common practice in developed countries and in Hong Kong and Taiwan,” the Shenzhen city government ruled in a report issued on Wednesday, according to Reuters. “This ban also responds to the demand and spirit of human civilization.”

“This really could be a watershed moment in efforts to end this brutal trade that kills an estimated 10 million dogs and 4 million cats in China every year,” Dr. Peter Li, China policy specialist for HIS, said according to the BBC.

“Shenzhen is the first city in the world to take the lessons learned from this pandemic seriously and make the changes needed to avoid another pandemic,” Teresa M. Telecky, vice president of the Humane Society’s wildlife department, added to Reuters. “Shenzhen’s bold steps to stop this trade and wildlife consumption is a model for governments around the world to emulate.”

While the news was celebrated across the world, some also criticized Chinese officials for almost simultaneously approving a measure that allows bear bile to treat coronavirus patients. Bear bile is a digestive fluid that is used in traditional Chinese medicine for its active ingredient, ursodeoxycholic acid.

The fluid is drained from captive bears, which is reportedly painful to the animals, to treat liver disease and dissolve gallstones. There is no proof it treats the coronavirus, according to the BBC.