The accomplished pianist died after battling pneumonia brought by COVID-19, one of his sons said late Wednesday. 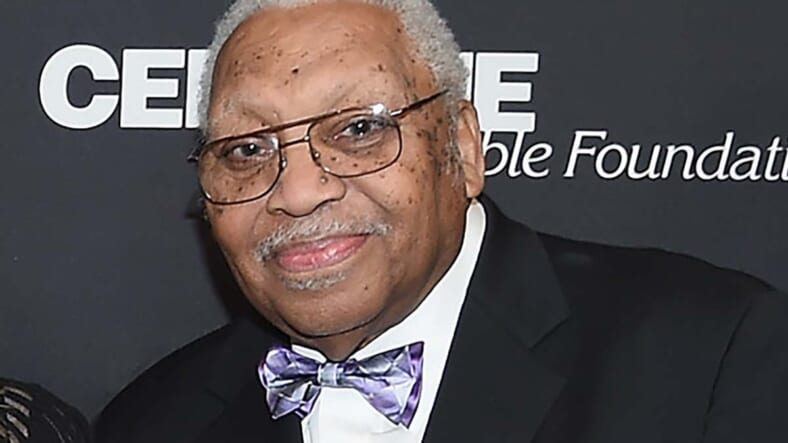 Ellis Marsalis Jr., jazz pianist, teacher and patriarch of a New Orleans musical clan that includes famed performer sons Wynton and Branford, has died after battling pneumonia brought by the new coronavirus, one of his sons said late Wednesday.

Ellis Marsalis III confirmed in a phone interview with The Associated Press that his father’s death was brought about by the virus that is causing the global pandemic.

“Pneumonia was the actual thing that caused his demise. But it was pneumonia brought on by COVID-19,” said the younger Marsalis, speaking of the disease caused by the novel coronavirus. 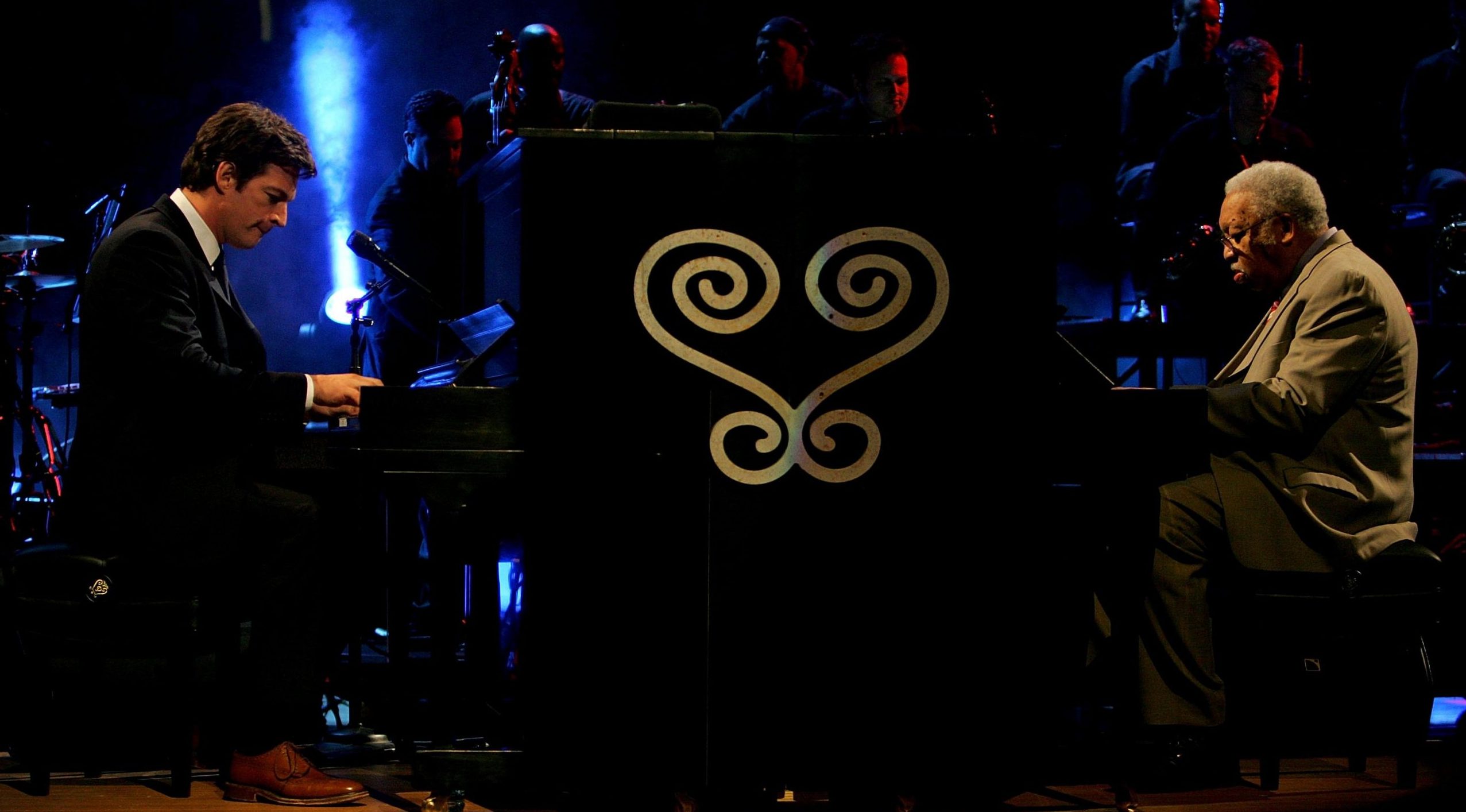 Harry Connick Jr. and Ellis Marsalis perform at the 57th NBA All-Star Game, part of 2008 NBA All-Star Weekend at the New Orleans Arena on February 17, 2008 in New Orleans, Louisiana. NOTE TO USER: User expressly acknowledges and agrees that, by downloading and or using this photograph, User is consenting to the terms and conditions of the Getty Images License Agreement. (Photo by Ronald Martinez/Getty Images)

He said he drove from Baltimore on Sunday to be with his father as he was hospitalized. He said others in the family also were able to spend time with their father.

Four of the jazz patriarch’s six sons are musicians: Wynton, the trumpeter, is America’s most prominent jazz spokesman as artistic director of Jazz at Lincoln Center in New York. Branford, the saxophonist, led The Tonight Show band and toured with Sting. Delfeayo, trombonist, is a prominent recording producer and performer. And Jason, the drummer, has made a name for himself with his own band and as an accompanist. Ellis III, who decided music was not his gig, is a photographer-poet in Baltimore.

“Ellis Marsalis was a legend. He was the prototype of what we mean when we talk about New Orleans jazz,” Cantrell said in her statement. “He was a teacher, a father, and an icon — and words aren’t sufficient to describe the art, the joy and the wonder he showed the world.”

Because Marsalis opted to stay in New Orleans for most of his career, his reputation was limited until his sons became famous and brought him the spotlight, along with new recording contracts and headliner performances on television and on tour.

“He was like the coach of jazz. He put on the sweatshirt, blew the whistle and made these guys work,” said Nick Spitzer, host of public radio’s American Routes and an anthropology professor at Tulane University.

The Marsalis “family band” seldom played together when the boys were younger, but in 2003 toured up East in a spinoff of a family celebration that became a PBS special when the elder Marsalis retired from teaching at the University of New Orleans.

Harry Connick Jr., one of Marsalis’ students at the New Orleans Center for the Creative Arts, was a guest. He is just one of the many now-famous jazz musicians who passed through the Marsalis classrooms; others include trumpeters Nicholas Payton and Terence Blanchard, saxophonists Donald Harrison and Victor Goines, and bassist Reginald Veal. 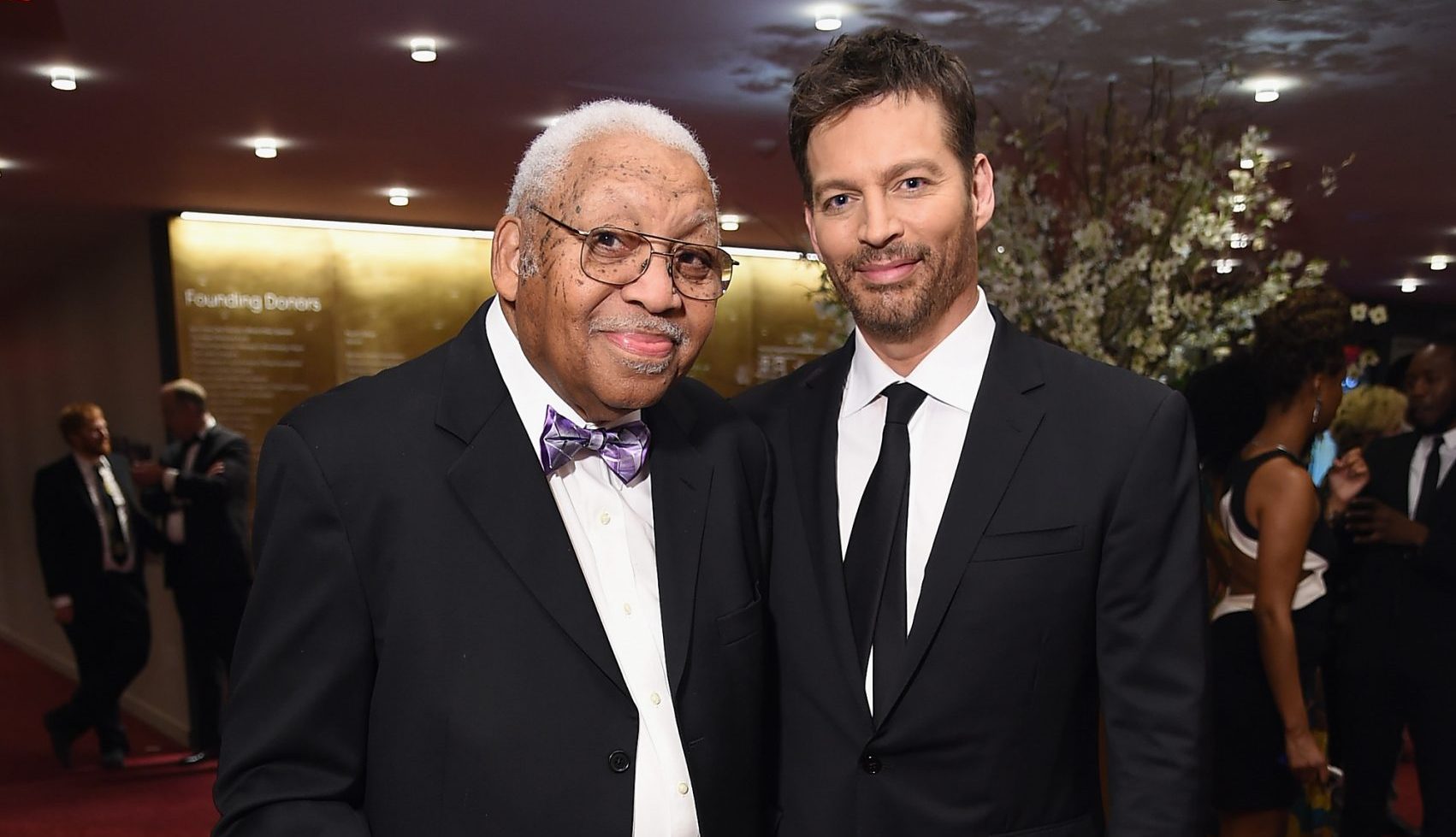 Marsalis was born in New Orleans, son of the operator of a hotel where Marsalis met touring black musicians who could not stay at the segregated downtown hotels where they performed. He played saxophone in high school but was also playing piano by the time he went to Dillard University.

Although New Orleans was steeped in traditional jazz, and rock ‘n’ roll was the new sound in the city’s studios in the 1950s, Marsalis preferred bebop and modern jazz.

Spitzer described Marsalis as a “modernist in a town of traditionalists.”

“His great love was jazz a la bebop — he was a lover of Thelonious Monk and the idea that bebop was a music of freedom. But when he had to feed his family he played R ‘n’ B and soul and rock and roll on Bourbon Street,” said Spitzer.

READ MORE: Black people who have died from COVID-19

Ornette Coleman was in town at the time, and in 1956 when Coleman headed to California, Marsalis and the others went with him, but after a few months Marsalis came back home. He told the New Orleans Times-Picayune years later, when he and Coleman were old men, that he never did figure out what a pianist could do behind the free form of Coleman’s jazz.

Back in New Orleans, Marsalis joined the Marine Corps and was assigned to accompany soloists on the service’s weekly TV programs on CBS in New York. It was there, he said, that he learned to handle all kinds of different music styles.

On returning home, he worked at the Playboy Club and ventured into running his own club, which quickly went bust. In 1967 trumpeter Al Hirt hired him. When not on Bourbon Street, Hirt’s band was appearing on national TV — doing headline shows on The Tonight Show and The Ed Sullivan Show, among others.

Marsalis got into education about the same time, teaching improvisation at Xavier University in New Orleans, and in the mid-1970s joined the faculty at the New Orleans magnet high school where he influenced a new generation of young jazz musicians.

When asked how he could teach something as free-wheeling as jazz improvisation, Marsalis once said, “We don’t teach jazz, we teach students.”

In 1986 he moved to Virginia Commonwealth University in Richmond as coordinator of Jazz Studies, a post he kept until 1989 when the University of New Orleans lured him back to set up a program of jazz studies at home.

Marsalis retired from UNO in 2001, but continued to perform, particularly at Snug Harbor in New Orleans, a small jazz club that anchored the city’s contemporary jazz scene — frequently backing young musicians who had promise.

His melodic style, with running improvisations in the right hand, has been described variously as romantic, contemporary, or simply “Louisiana jazz.” He is always on acoustic piano, never electric, and even in interpreting the old standards there’s a clear link to the driving bebop chords and rhythms of his early years.

He founded his own record company, ELM (taken from his initials), but his recording was limited until his sons became famous. After that he joined them and other musicians on mainstream labels and headlined his own releases, many full of his own compositions.

He often played at the New Orleans Jazz and Heritage Festival. For more than three decades he played two 75-minute sets every Friday night at Snug Harbor until he decided it had become too exhausting. But even then he still performed there on occasion as a special guest.

Marsalis’ wife, Dolores, died in 2017. He is survived by his sons Branford, Wynton, Ellis III, Delfeayo, Mboya and Jason.