Tiara Moore, founder of WOC Space, said her virtual space filled with dozens of people – many of whom yelled racist slurs at her

One disturbing trend of the coronavirus calamity is that white nationalists have begun infiltrating Zoom video conferences and spewing racial slurs at Black people.

Tiara Moore, the founder of WOC, experienced it firsthand. WOC is a virtual place where professional women of color meet, network and support one another. It was a safe haven until Monday.

When Moore logged in, she said she waited for others to join her when she heard a girl say ‘I saw this on Twitter.’

Moore told Buzzfeed News she responded by saying “‘Oh, hey girl!’” and then the girl said, “‘Yeah, but you should be careful because you can get hacked.’” After that, Moore said her virtual space filled with dozens of people – many of whom yelled racist slurs at her, repeatedly calling her the n-word.

“I immediately closed it down like, what just happened,” Moore told the news site.

Idk who the people are that did this during our lecture but you’re incredibly immature and unbelievably disrespectful. pic.twitter.com/ghXIZBV5Jp

This has been increasingly happening on Zoom and other teleconferencing sites since cities and states have shut down schools and ordered social distancing, prompting more people than ever to use video teleconferencing software apps. 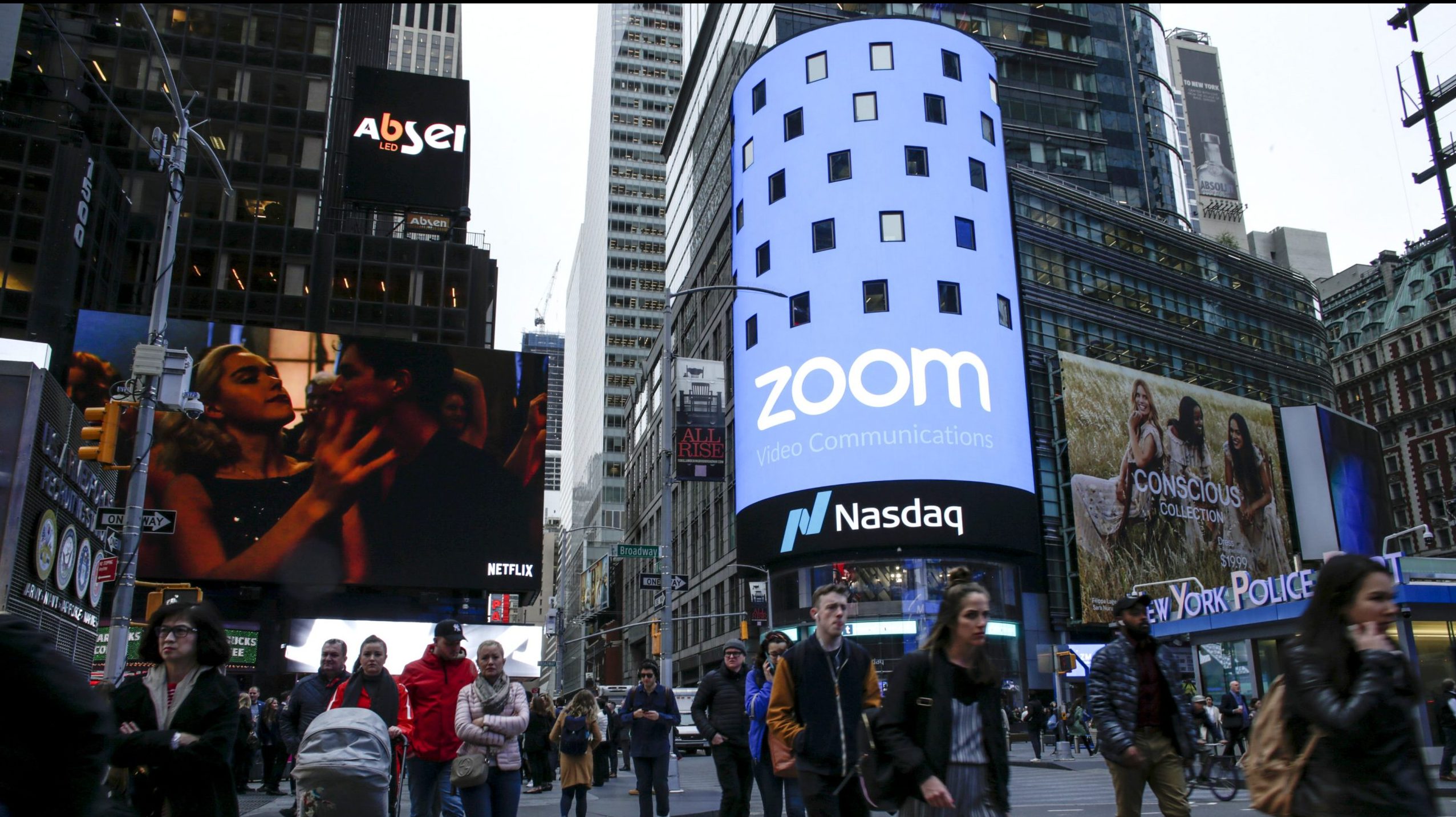 People pass walk by the Nasdaq building as the screen shows the logo of the video-conferencing software company Zoom after the opening bell ceremony on April 18, 2019 in New York City. (Photo by Kena Betancur/Getty Images)

On Monday, the FBI offered guidance on how to keep online meeting sites secure. The agency’s Boston office is investigating two incidents, one of which occurred during a school session when a man appeared, took off his shirt and showed his swastika tattoos.

“As large numbers of people turn to video-teleconferencing (VTC) platforms to stay connected in the wake of the COVID-19 crisis, reports of VTC hijacking (also called “Zoom-bombing”) are emerging nationwide,” the FBI said. “The FBI has received multiple reports of conferences being disrupted by pornographic and/or hate images and threatening language.”

Moore ended up canceling the session and the one after that.

“I felt personally attacked. I was super emotional. It’s so heartbreaking and, for me to be promoting this virtual safe space and to be attacked, it’s so devastating,” Moore said.

Jessica Jackson, a student at UCLA, said her astronomy class on Tuesday was also infiltrated by racist hackers.

“(The professor) gave them the space to ask their question and then was bombarded by someone repeatedly referring to him as the n-word,” Jackson told BuzzFeed News. “Having to leave our universities abruptly because of the pandemic has been taxing enough as it is. It’s wild to think that now we have to worry about virtual harassment when we’re all just trying to learn and get our degree.”

The professor ended the call and sent out another Zoom link to students. Racist hackers took over that call as well.

The incident is being investigated.