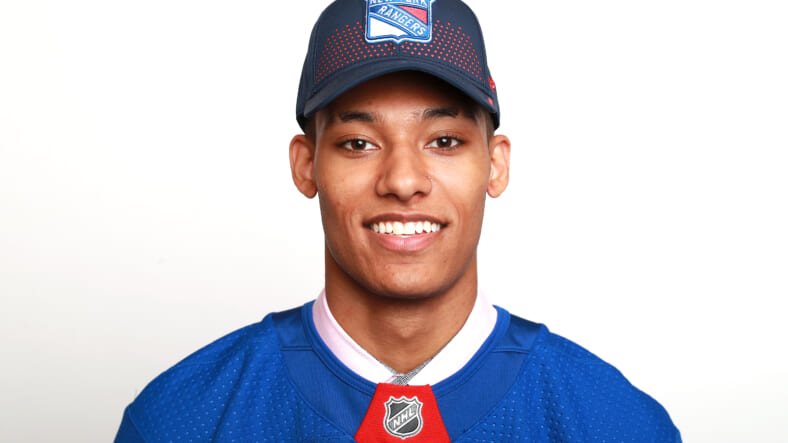 The moment a Black hockey signee was introduced to NHL fans during a team-sponsored meet-and-greet event online, things went south as he was met by repeated racist attacks.

K’Andre Miller, a 20-year-old defenseman from the University of Wisconsin, inked a deal with the New York Rangers on March 16. Less than a month later, one of his first introductions as a professional player was a racial attack during an event hosted on Zoom, as reported by USA Today.

During the session called “Future Fridays,” the Rangers organization was hosting 500 fans when an “individual” began repeatedly posting racial slurs towards Miller. The person typed the n-word in all caps over and over again in the group chat, according to The Guardian.

The Rangers disabled the user, who the team says was a hacker, and issued a statement condemning the actions: “We were incredibly appalled by this behavior, which has no place online, on the ice, or anywhere, and we are investigating the matter.”

A statement from #NYR: pic.twitter.com/Jo1RNmUdrr

The NHL joined the Rangers in denouncing the online attack and said it would launch an investigation.

“The person who committed this despicable act is in no way an NHL fan and is not welcome in the hockey community,” the league said in a statement. “No one deserves to be subjected to such ugly treatment and it will not be tolerated in our League.”

“Racism has no place in the hockey community or the world,” he wrote.

What happened today was inexcusable and cowardly. Racism has no place in the hockey community or the world. @kandre_miller we are excited to have you as a part of the @NYRangers and I look forward to having you as a teammate.

Miller was originally drafted by the Rangers in 2018. He was set to join the squad this season before the regular season was suspended due to the coronavirus pandemic. He has a three-year contract worth $3.8 million.

Of the 31 NHL teams, just 3 percent of the players are Black.