Tyler Perry is helping the elderly during the coronavirus pandemic by paying for their groceries.

PEOPLE exclusively reported Wednesday that the mogul paid for the grocery purchases of older customers at 44 Kroger stores in Atlanta, GA and 29 Winn Dixie stores in New Orleans, La. They have been able to shop during designated hours during the COVID-19 epidemic.

The 50-year-old, who is a current Atlanta resident and born in New Orleans, wanted to give back during this time of uncertainty.

“He wanted to do something special to provide immediate relief for some of the most vulnerable in the two cities he considers home,” a source told PEOPLE. 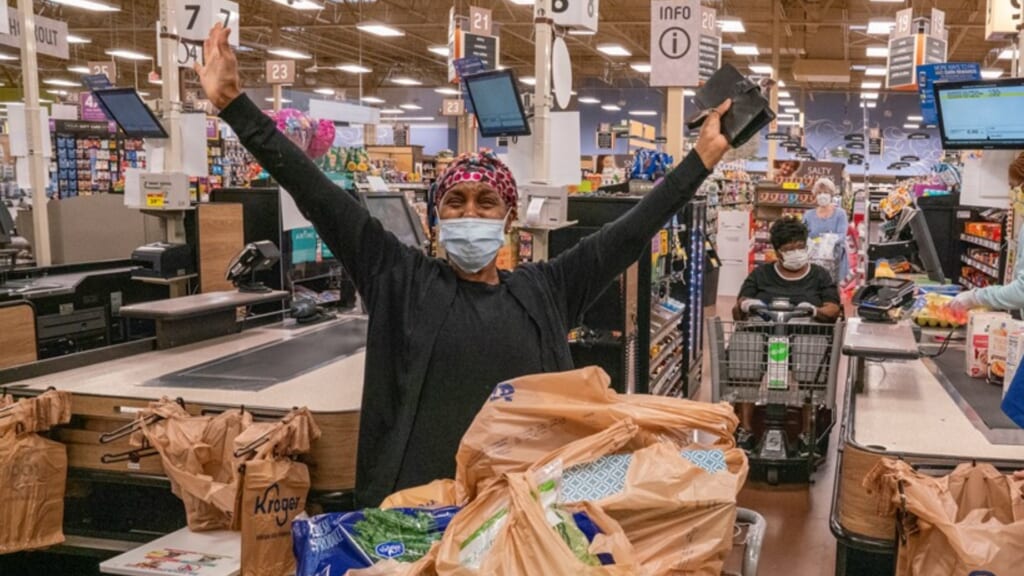 A customer at Kroger in Atlanta(Credit: Kroger)

Perry’s generosity was also on display when he recently gave $21,000 in tips to out of work restaurant workers hurt by the virus. Many businesses have had to shut down due to the virus and those employed have been financially hit.

Perry surprised each of the 42 unemployed servers with a $500 tip. He apparently loves the Houston restaurant chain and was frequently driving to a location on Northside Parkway to grab some takeout, according to TMZ.

Last November, Perry paid a $14,000 medical bill for an Atlanta couple after they were stranded in Mexico. Tori Austin and fiancé Stephen Johnson were on a Carnival Dream cruise when Johnson, 31, became ill.  Johnson was later diagnosed with pancreatitis and diabetes. He was admitted and treated at a hospital in Progreso, Mexico and spent several days in intensive care.

READ MORE: Tyler Perry vows to use better wigs on actors after ‘A Fall From Grace’ backlash

“Today I am thankful for and will always be thankful for Tyler Perry,” Austin later wrote on Facebook. “My mom was also a huge fan of his.”

In September 2018, Perry explained that he wanted to use his position in order to be a blessing to others after it was revealed that he paid off all layaway items at Walmart retail stores located in Douglasville and East Point, GA. He wanted to remain anonymous for paying off their Christmas presents.

“I know it’s hard times,” he said. “A lot of people are struggling and I’m just really really grateful to be able to be in a position to do this. So, God bless you. Go get your stuff. Merry Christmas.”

I was trying to do this anonymously but oh well!!! pic.twitter.com/T0dhRHyU66

Walmart thanked him for his charitable act.

“Tyler Perry’s generous donation is making an unbelievable difference for so many families, and we can’t thank him enough for his kindness. The heartfelt excitement and joy we’re seeing from our customers as a result of his holiday gift has been touching,” Walmart said in a statement to The Hollywood Reporter.