Silveria Jacobs told people to eat bread, cereal, and sardines and to restrict their movements in a stern message has been given new life by Jemele Hill 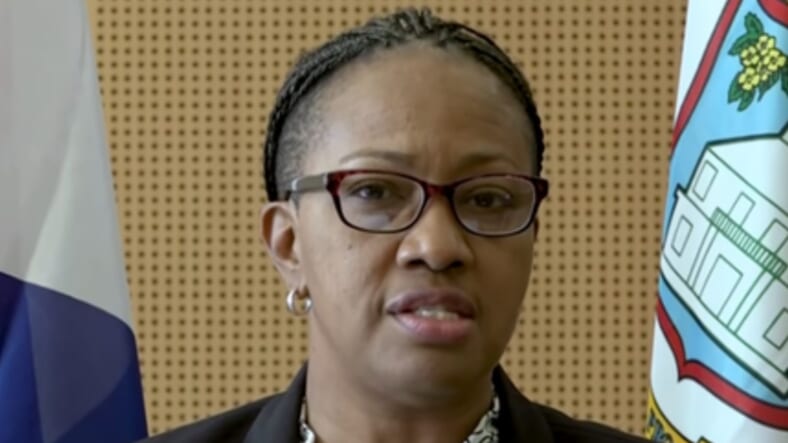 St. Maarten’s PM Silveria Jacobs addressed the coronavirus pandemic a week ago and now the stern message has gone viral thanks to Jemele Hill.

Leaders from the Council of Ministers held a press briefing on April 1 to discuss the impact the novel coronavirus has had on Sint Maarten. When it was Jacobs’ turn to speak, she got straight to the point. She ordered people to just stay home.

Hill gave the edict new life when she shared it to social media Thursday.

“We can stop [the spread of the virus],” she said. “Stop moving. Simply stop moving.”

In addition to practicing social distancing, Jacobs mentioned that people needed to make do with what they already had at home to eat.

“If you do not like the type of bread you like in your house, eat crackers. If you do not have bread, eat cereal. Eat oats. Sardines. You’re supposed to have a two week supply for hurricanes and at the beginning of this, I said prepare your disaster kit as if you would for a hurricane,” she said of the island which was hit by Hurricane Irma in 2017.

“That meant some people went out and bought toilet paper and water. The water’s not going to stop. The toilet paper is still in stores. What you need is food.” 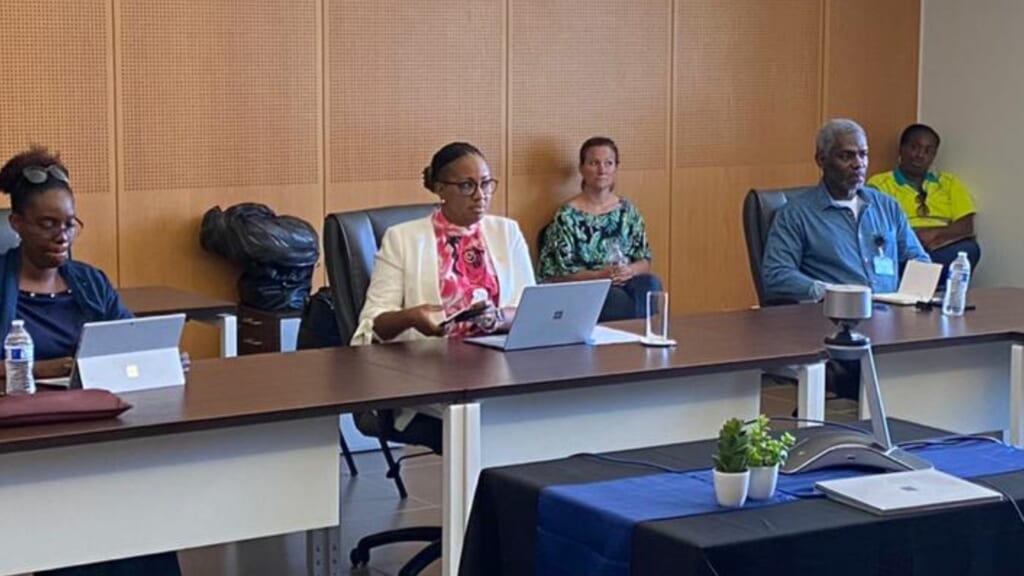 Jacobs said that if the residents didn’t restrict their movements, she’d have no other choice but to mandate a lockdown. She’d been asking, begging and pleading for the past month as there is not an endless amount of kits available for COVID-19 testing. There are also only ICU beds.

“When we decided to allow barbershops and salons to be open, it was with an appointment process. My hair was done. So, people were saying, ‘Oh she just wants her hair to be done.’”

READ MORE: 41 MTA transit employees have died of the coronavirus

Jacobs explained that she usually goes to someone’s home to have her hair braided and they had high hygiene practices.

“Can you guarantee that with every single person who is out there doing hair or have a barbershop? Every contact with a barber or a person in a salon is a possibility to contract and spread the virus,” she said, noting a salon owner who had a fever.

Jacobs added that she’d be compared to Desi Bouterse, the Suriname president who got 20 years in jail ordering the murders of his political opponents. She’d been called all kinds of names for trying to close the border on March 22.

“Someone told me, ‘You’re starting to sound like the Suriname general,’” she said. “But it looks as if, at times, that is what is needed: a tough, hard exterior for people to listen.”

Many on social media related to the tough love.

This hits a little harder with the Ether. pic.twitter.com/SnlmU3w05V

“When she said “if I have to” I felt every last word. Had a childhood flash back lol,” one user wrote.