News outlet's chyron, in plain talk, blasts the president's use of propaganda to celebrate his administration's COVID-19 decisions 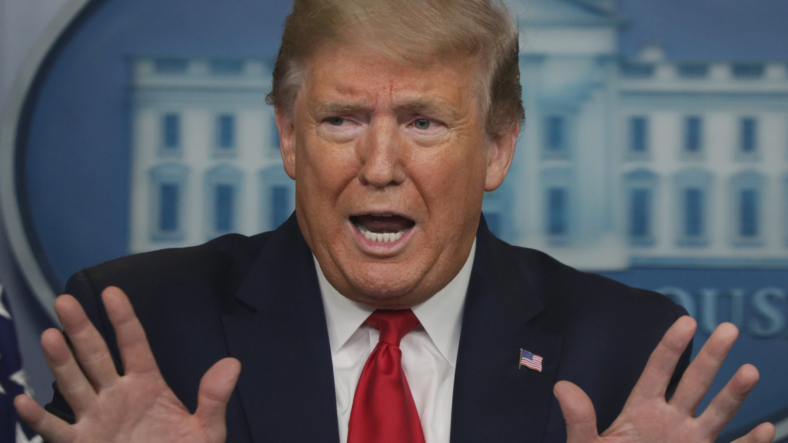 As President Donald Trump took part in his daily press briefing yesterday, many eyes were instead glued to the onscreen box just beneath him which CNN used to chronicle what was really transpiring.

Screen captions such as “Trump refuses to acknowledge any mistakes,” and “Angry Trump turns briefing into propaganda session” changed rapidly on CNN’s chyrons as Trump’s Coronavirus Task Force briefing became increasingly campaign-like. The captions were celebrated by many across social media.

Talk about speaking truth to power ?

“Great job! That is the way to talk to that bully,” posted exasperated realist.

Great job! That is the way to talk to that bully.

Others criticized CNN for becoming part of the story.

Trump used Monday’s task force briefing to float his own narrative. Trump showed the media a nearly four-minute video touting what he calls his successes in combating the novel coronavirus pandemic. 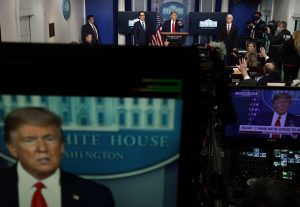 “We have a few clips that we’re just going to put up,” Trump announced to the White House press corps at Monday’s news briefing before running the reel. “I think you’ll find them interesting.”

Trump told reporters he would answer questions after the video, adding “but most importantly, we’re going to get back onto the reason we’re here, which is the success we’re having.” White House staff produced the video, according to Trump.

At the beginning of the video, the words: “THE MEDIA MINIMIZED THE RISK FROM THE START” appeared, and then newsbytes could be heard discussing the risk of contracting the virus in the U.S. and classifying the risk as low.

Then another caption: “PRESIDENT TRUMP TOOK DECISIVE ACTION,” which was followed by Trump’s timeline of what he did and how he believes it mitigated the spread of COVID-19.

“Everything we did was right,” Trump told reporters after the video aired, according to CNBC.

The U.S. now leads the world in the number of reported COVID-19 cases and deaths, with more than 577,300 Americans currently battling the disease and 23.232 deaths, according to data on Monday from Johns Hopkins University.