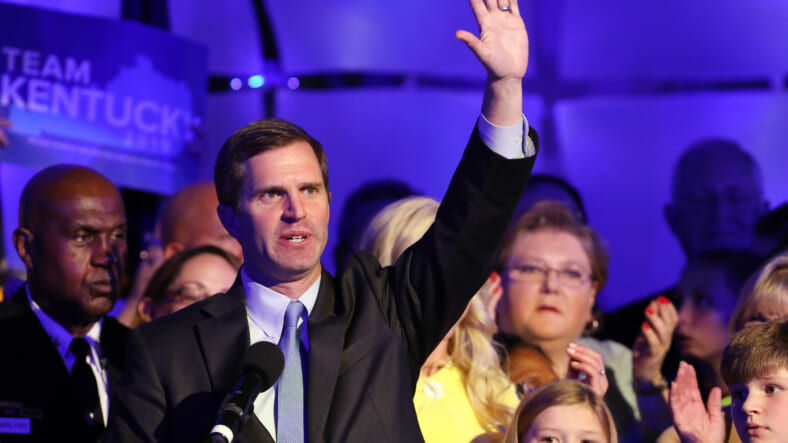 Kentucky residents who believe the coronavirus pandemic is just a political ploy to undermine the efforts of President Donald Trump took to the streets in protest this month and as a result, the state is now experiencing its highest single-day spike in COVID-19 cases.

According to local outlet WCPO, Sunday, Gov. Andy Beshear confirmed that after protests broke out in the state to lift lockdown, there were 273 new cases reported, bringing the total to 2,960.

“We are still in the midst of this fight against a deadly and highly contagious virus,” Beshear said. “Let’s make sure, as much as we’re looking at those benchmarks and we’re looking at the future, that we are acting in the present and we are doing the things that it takes to protect one another.”

The Lexington Herald-Leader reports that Wednesday, approximately 100 protesters convened on the lawn of the Capitol building in Frankfort during Democrat Beshear’s coronavirus briefing while shouting “Open up Kentucky!” and “King Beshear.”

When the same group returned o the Capitol building on Friday, they were met by barricades, and opted to circle the area in their vehicles and stage an impromptu drive-through protest of Beshear’s coronavirus restrictions.

“We’re not in the 14 days of decreasing under the White House guidelines to do certain things,” Beshear said to the newspaper, insisted he wouldn’t budge yet on the lockdown restrictions despite the community outcry.

Protests have also taken place in Pennsylvania, Ohio, Michigan and Colorado. Governors in Texas, Georgia and Tennessee are easing restrictions due to the pressure to reopen economies.

However, the consortium of Democratic Northeastern governors, which includes Gov. Wolf iin Pennsylvania, Gov. Cuomo in New York and Gov. Murphy in New Jersey, all among states hit hard by the virus, have opted to wait. Massachusetts’ Republican governor, Charlie Baker, has issued more mandated closings, due to surge of deaths in his state.