Rep. Maxine Waters says her sister is dying of coronavirus

The congresswoman shared her sister's fight for life 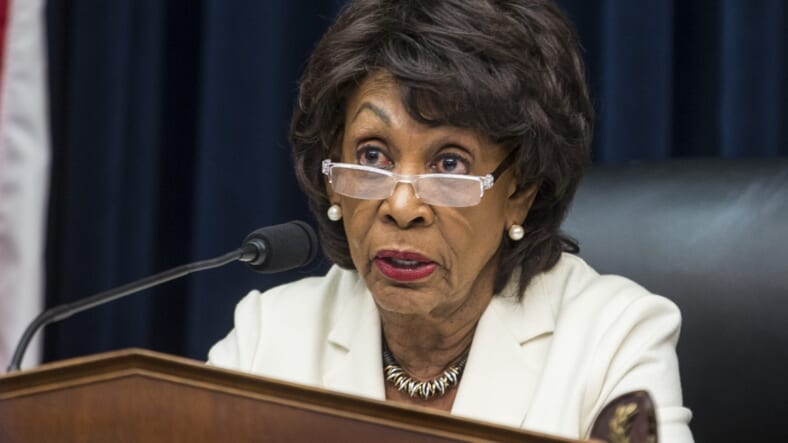 In the midst of supporting legislation to help Americans who have been financially devastated by the COVID-19 pandemic, California Rep. Maxine Waters announced her sister was dying from the virus.

READ MORE: Stacey Abrams says she’d be concerned if Biden’s VP pick is not a woman of color

“I not only rise in support of this legislation,” Waters said in her comments on the House floor. “I also would like to rise in support of what we’re doing for the health care enhancement act in this bill. And I’m going to take a moment to dedicate this legislation to my dear sister who is dying in a hospital in St. Louis, Mo., right now infected by the coronavirus.”

Rep. Maxine Waters: “I am going to take a moment to dedicate this legislation to my dear sister who is dying in a hospital in St. Louis, Missouri, right now infected by the Coronavirus.” pic.twitter.com/sX58UK1A3L

House Speaker Nancy Pelosi, supported the bill, and her colleague, after learning of her sister’s diagnosis.

“It is my honor to sign it. but I do so very sadly and prayerfully. Maxine learned today that her sister has been diagnosed with the virus,” she said at a ceremony with other House members. “It could happen to anybody at anytime on the floor.”

Sen. Elizabeth Warren announced yesterday that her older brother, Donald Herring, died of the coronavirus. He was 86.

The $484 billion relief package supplements the original Paycheck Protection Plan which ran out of money last week. That plan allows small businesses to borrow up to $10 million to play their employee, depending on the size of their business. If they retain the workers, the loans can be forgiven.

The Senate has already passed the bill and the House of Representatives passed it tonight. $60 billion of the new funding will be alloted to businesses without traditional banking relationships, including rural and minority-owned businesses reports NBC News.

Hospitals will receive $75 billion and $25 billion will be allocated to virus testing. The Labor Department reported earlier in the day that 26 million jobs have been lost in just five weeks. 4.4. million American claimed unemployment last week alone.

Passing this measure would ease the economic fallout, but there’s already some concern that it won’t be enough. Earlier this week, Treasury Secretary Steven Mnuchin doubted any additional monies would be provided after this latest package.

Torsten Slok, the chief economist for Deutsche Bank Securities, told NBC News that the economy being shut down is the central issue.

READ MORE: The IRS sent checks to dead people while the living wait

“The doors are still closed. There is still no smoke coming out of the chimneys in corporate America.” Given that, he added, it is “not surprising that you continue to see significant layoffs.”

President Trump said he would likely sign the bill tonight.