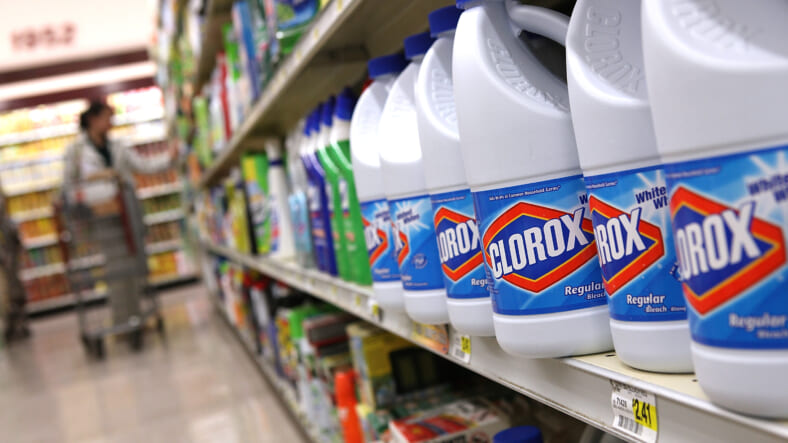 President Donald Trump in a Thursday press conference suggested that injecting disinfectants into one’s body could be a key to cure Covid-19, the disease caused by coronavirus.

By Friday, New York City’s Poison Control Center saw cases concerning individuals who may have exposed themselves to cleaning supplies spike in the dozens.

The 30 cases occurred within an 18-hour period following the president’s presser. Eleven people were said to have been exposed to general household disinfectants. Ten more had possibly exposed themselves to bleach and nine others to Lysol, specifically.

Compared to the same time window in 2019, only 13 similar calls were made to the Poison Control Center regarding potential disinfectant ingestion. Only two of those 2019 cases had exposed themselves bleach and none to Lysol.

Since the press conference, New York City’s Health Commissioner Oxiris Barbot tweeted that people would be at “great risk” by ingesting cleaning supplies.

“To be clear, disinfectants are not intended for ingestion either by mouth, by ears, by breathing them in any way, shape or form,” Barbot wrote.

To be clear, disinfectants are not intended for ingestion either by mouth, by ears, by breathing them in any way, shape or form. And doing so can put people at great risk. https://t.co/QFuGdXIPcp

While a cure for coronavirus has yet to be discovered, Trump pondered possible treatments for the fast-spreading virus during the White House Coronavirus Task Force daily briefing Thursday. Ingesting cleaning chemicals was one of the former reality TV star’s suggestions.

“I see the disinfectant where it knocks it out in a minute, one minute, and is there a way we can do something like that by injection inside or almost a cleaning? Because you see it gets in the lungs and it does a tremendous number on the lungs, so it’d be interesting to check that,” Trump stated. “It sounds interesting to me.”

It isn’t the first time he made a medical proposal during the pandemic that proved to be controversial and later to be misleading.

Trump has touted a malaria drug, hydroxychloroquine, as a possible way to treat the novel virus. But those in the medical community have pushed back on that recommendation.

Researchers studying the drug’s effect found it cause more deaths among those given the treatment versus standard care.

New York state and New York City, in particular, is the epicenter of the coronavirus outbreak in the United States. Out of the country’s more than 907,000 confirmed cases, nearly 30% are in New York state as of Saturday morning, according to data compiled by Johns Hopkins University.

More than 150,400 people have been diagnosed with the deadly disease in New York City.